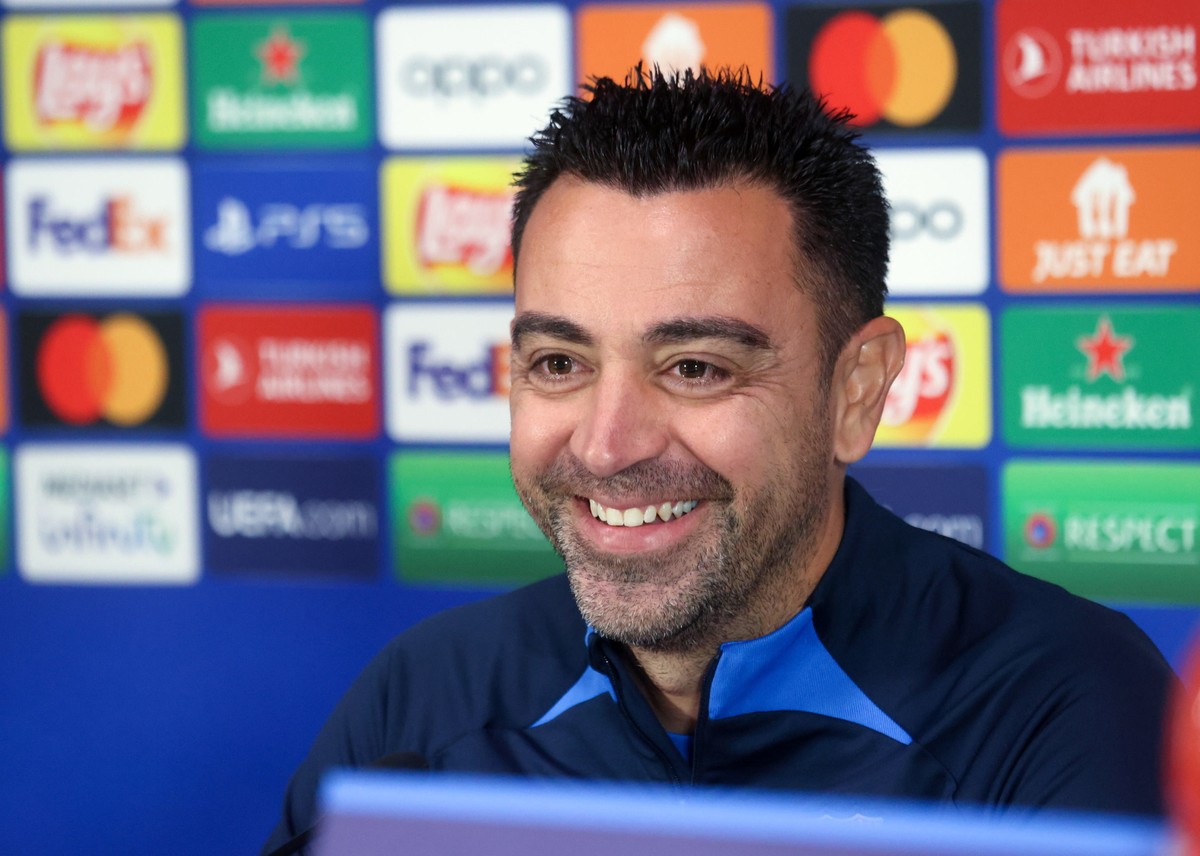 Before the duel between Inter Milan and Barcelona next Tuesday for the Champions League, coach Xavi held a press conference and one of the questions that the former player had to answer was about a possible return of Lionel Messi to the Catalan club. However, the coach reiterated that it was not the time to talk about his former teammate.

“I like Leo a lot, he’s a friend, I want all the best for him, Barça is his home, but it’s not the time to talk about Leo,” replied Xavi.

According to the vehicle, directors of the French club want to count on the athlete for another two years and the salary can reach 30 million euros (about R$ 160 million at the current price) net per season. Xavi made a point of saying that the former number 10 of Barcelona should focus only on PSG.

– We do him a favor (by not commenting on the matter). May he rest easy, enjoy Paris and I wish him all the best – declared Xavi.

Xavi, at a press conference before Inter Milan vs Barcelona — Photo: Matteo Bazzi/EFE

This season, Messi has scored six goals and provided eight assists in 11 games for PSG. Barcelona face Inter in Milan this Tuesday at 4pm. Paris visit Benfica on Wednesday, at the same time. The two matches are followed in real time on ge.

Previous Series: Top premieres of October 2022 – Television news and series
Next News! You can now negotiate your debts with Neon via WhatsApp