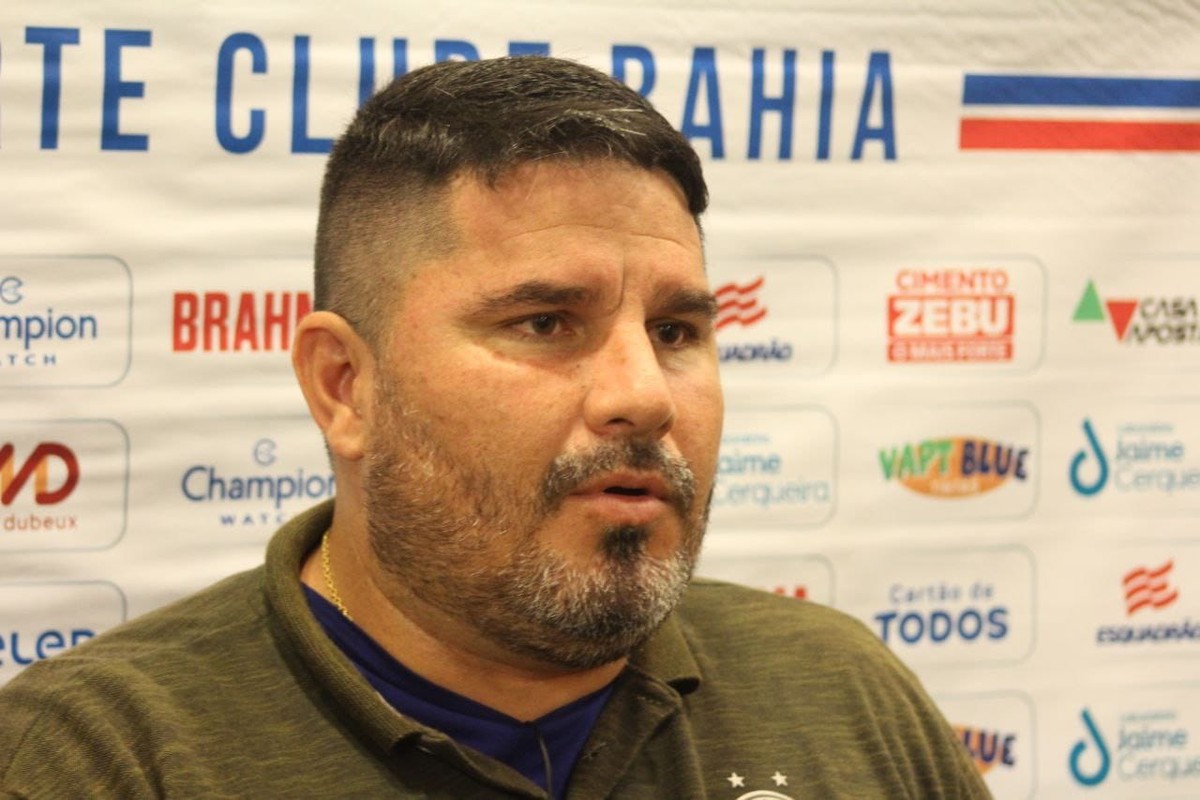 Bahia’s third coach of the season, Eduardo Barroca arrives at the club for a mission in “short shot” and, to a certain extent, forwarded. With six games to go in Serie B, the coach seeks to prevent the team’s drop in performance from continuing and costing the good “fat” in the G-4 of the competition.

Without winning for four games, Tricolor is in third place in the Serie B classification table, with 52 points conquered, five more than Ituano, in fifth place.

Barroca will debut for Bahia with just two training sessions and the duty to show evolution in the team’s main problem in Serie B: games as a visitor. The coach’s debut is scheduled for this Tuesday, at 21:30 (Brasília time), against Novorizontino, at the Jorge Ismael de Biasi stadium.

This Monday, Eduardo Barroca was officially presented at Bahia and highlighted the opportunity to return to the club that formed him as a coach. The new tricolor coach also recalled the work of Enderson Moreira and the challenge of continuing this short period at the head of the team.

– Talking about my happiness to be back at Bahia. Very special club in my life, it helped to form me. Before answering, I would like to express my respect to the coach I am replacing. One of my first missions is to try to take advantage of everything this team has managed to get here and not disorganize what was being done well. Bahia spent the entire competition within a zone and now with six games to go is a sensitive moment to achieve the goal. It’s important to leave that record of respect for Enderson.

“Only those who wore this shirt know the power it has. I already had this opportunity at a very young age. I know the size of the club, the responsibility. I am very motivated.”

+ Possible mission: Barroca finds Bahia in a bad phase, but has a clear path to access

For his debut, Barroca is back with midfielder Daniel, who missed Bahia in the defeat against Chapecoense due to a physical problem. Asked if he intends to make changes to the team, the coach says he has not yet made a decision on changes.

– I have very little time, I had the opportunity to give training yesterday to players recovering from the Chapecoense game and a training session today the day before the game, which we can’t work on volume. On the way to Novo Horizonte I will be able to make this decision with the technical committee that was here and will have more elements to provide me.

– I’m a coach who really likes the imposition of the game. I will always try. Football is a reflection of life and I will always want the team to play good football. Obviously, we need the result in the short term, preferably trying to play better than the opponent and in line with the principles of the club I know so well – he continues.

Bahia is Eduardo Barroca’s second club in the 2022 season. The coach had been without a club since mid-September, when he was fired from Avaí, with a 33% record and in the Brasileirão’s relegation zone.

At the age of 40, Barroca returns to the club where he began his career. His first spell at Tricolor took place between January 2011 and May 2013, when he worked as a technical assistant and managed the team on an interim basis nine times, with an 81% success rate.

See other excerpts from the press conference:

Motivation for a short contract
– Wearing the Bahia shirt, only for those who have that opportunity, playing a game at Fonte Nova, having the possibility of directing Bahia so close to conquering such an important objective, that alone would be enough. I believe so much in the club, in the players. I know some players, I saw them from afar and I was interested in them working with me. Central factor of my work is in the soccer player. I will work so that they can play well.

Does the contract have a renewal clause?
– Contractual part was very objective. The focus at this point is the short-term goal. That’s why I came and I’m going to work these 35 days.

Relationship with Freeland
– I’ve had the opportunity to work with Eduardo Freeland, we did a good job together, we have a good relationship, as well as João Paulo [gerente de futebol], who recently did a good job at Atlético-GO; o Renêzão [coordenador de futebol], who is a very special person that I could relate to. The world of football provides you with that. The fact that I return to Bahia is a source of great pride for me. And having that opportunity is very special.

how to restore trust
– The positive result increases confidence, strengthens the idea that the coach passes on. The club has come from not so good results lately. But he came walking very well in the competition, within the objective. It has a group of qualified, committed players. I think this is a great guide for us to execute a standard of excellence in a way of playing together with high competitiveness, commitment from the players.

What will be the hardest on the debut?
– We are studying the Novorizontino team, they also changed coaches recently, they played a little differently in their last game. So, we are studying Novorizontono, and the decision to make the decision on how to play and choose the players we will take into account this scenario of the opponent.

Does behavior change in playing indoors and out?
– I understand that playing well brings you closer to winning. My focus is to try to make us, collectively, play well, have an imposing game, with personality and competitive. This alone brings us a lot closer to the possibility of winning. I like to play at the level of imposition on the opponent. I hope we can put this on the field.

Team with three defenders
– I do not rule out any possibility of training. I am, in this first moment, getting to know the players and getting information from both the staff and the players themselves, where they feel good playing. All training possibilities are possible as long as they are able to deliver collective income.

What to do to increase income
– The biggest challenge is to make them understand where they are, how they got here, the level and value they have. I was outside and I saw it. It is important to show them the value they have. Collectively, we need to walk together and prove our worth. And we only do that in the game.

Previous Jennifer Lawrence puts luxury apartment up for sale for R$ 55.5 million; see the pictures
Next Search and rescue efforts redoubled in Florida after Hurricane Ian 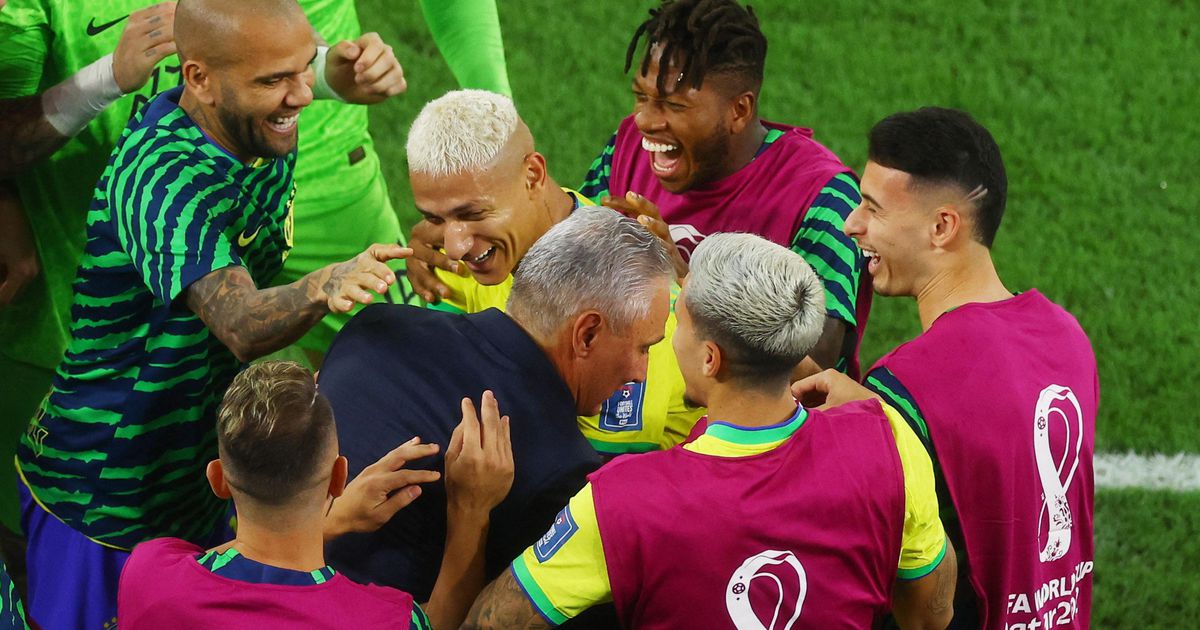