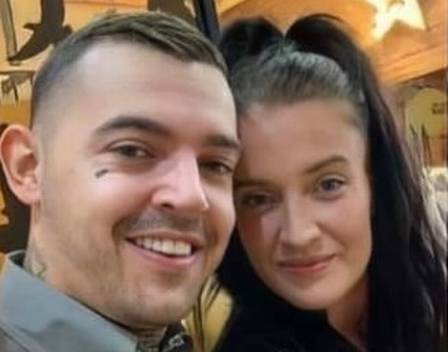 The refugee who was abandoned by the Englishman who had left her family to live with her, in Bradford (England), boarded in Manchester late this Monday afternoon (3/10) to Wroclaw (Poland), from where he will travel by land to Ukraine.

Sofiia Karkadym, 22, will return to her hometown of Lviv, where she left for shelter at Tony and Lorna Garnett’s home in May.

“I’m going back to Ukraine because of the situation with me and Tony here in England. I need some support from my family, I haven’t seen them in six months. I need to go by myself and take care of myself”Sofiia told “Sun” while waiting to board a Ryanair plane.

Ten days later, however, Lorna kicked Sofia out of the house, claiming she was hitting on her husband. Tony Garnett, in turn, decided to leave with the Ukrainian.

The two went to live in another house in the city. Sofia defended herself, saying she was not a “home wrecker”, a title that still echoes on British social media. The Ukrainian also said that, because of the case, her family abroad decided to “disown her”.

Last week, however, Tony ended the relationship and did not let Sofia into the house where they lived. The Ukrainian was arrested for threatening her partner with a knife, but was released.

Witnesses said Sofiia came back, kicked in sasa’s door and shouted: “Tony, I love you!” She was arrested again. When she was released, the Ukrainian went to a public shelter.

“I’m not heartless. I feel sorry for her. But relationships come to an end and this one is over.”commented Tony, who is a security guard, but is unemployed. “Sometimes you have to be cruel to be kind. She will be much better off in Ukraine or if she gets a new relationship, good luck to her”he added.

Tony told Sofia that her mother Katerina was also demanding that she return to Ukraine.

“In love, everyone has their own destiny. At first we weren’t happy, but she said that she loved him and that this was a serious relationship. But it ended. We would like her to come home.”said Katerina, according to Tony.

Sofia had already revealed that she had fled Ukraine because of the war and a violent relationship. According to him, his jaw was broken by an ex.