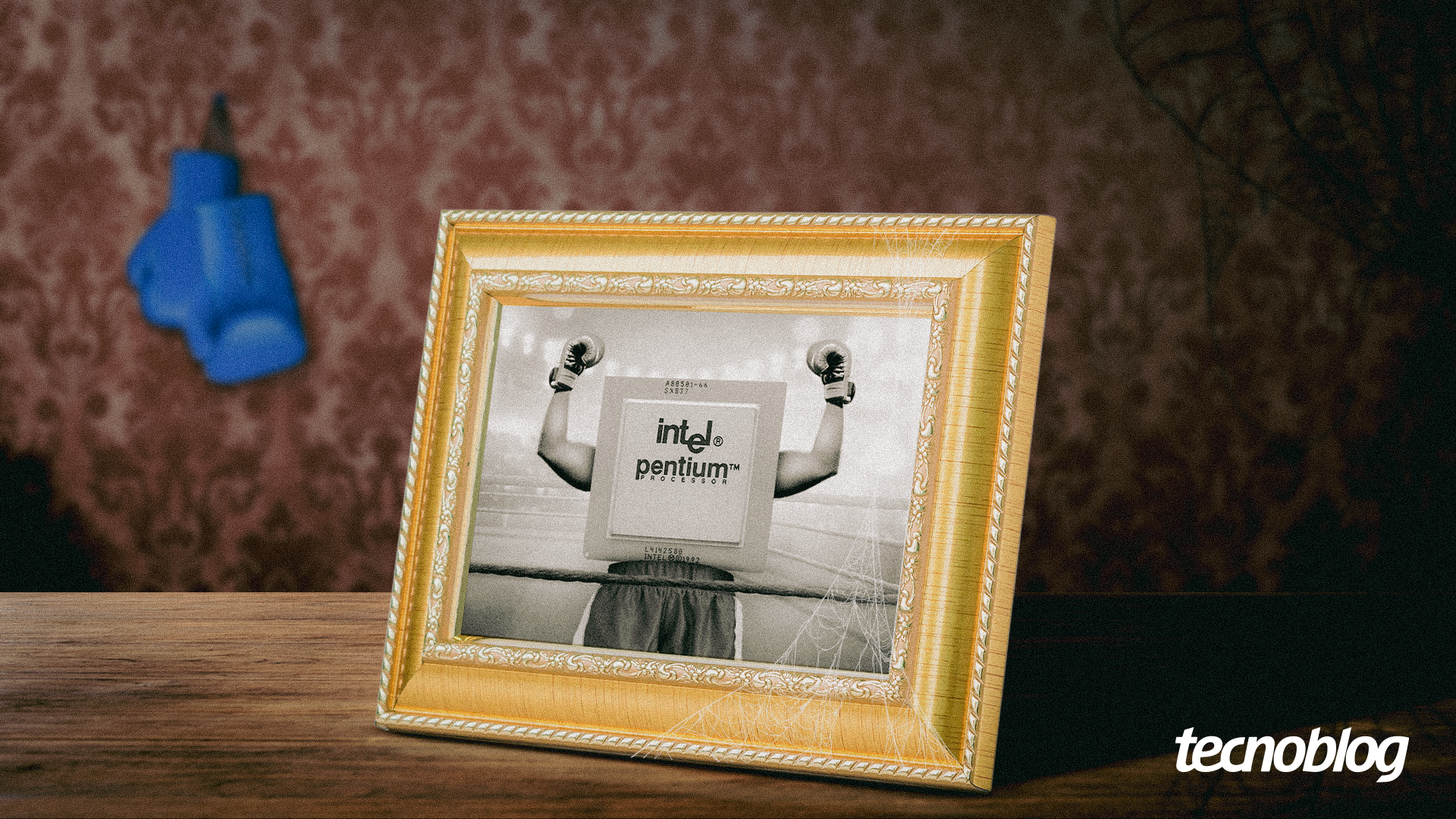 the end of the line pentium notebooks open a box of memories from the 1990s and 2000s. A time when we had fun assembling our desktops, and on every corner there were courses on assembly and maintenance of computers. It was also a period when AMD, Intel’s main competitor, saw its distance from the first place decrease.

Intel has always been a major player, but from the late 1970s it jumped ahead of the competition. A determining factor in this was the partnership with IBM, which chose the Intel 8088 as the processor of its first generation of PCs. From there, Intel became the opponent to beat.

The Pentium would not come until some time later, in 1993, and would become the most used processor for personal computing in the following years, according to PCMag. Starting in 2006, Intel started to prioritize the Core line; the Pentium, previously the company’s most prominent model, ended up migrating to entry-level computers.

And that lane pass was essential for Intel to regain its supremacy. After all, before the introduction of the Core lineup, AMD had become a nuisance.

A History of Clones and Megahertz

The relationship between the two companies is old: in addition to being founded less than a year apart, AMD has manufactured several clones of Intel chips.

The deal with IBM required Intel to license its technology to other companies, a way to ensure that it could meet demand. But even before that, AMD produced other of its chips from Intel chips, in a time-consuming process of reverse engineering (other companies did this too, it must be said).

Over the years, Intel has licensed other chips produced by AMD, but in 1985, the two became embroiled in a legal imbroglio. AMD wanted to produce its clone of the 80386but Intel argued that the agreement between the two only went as far as 80286. In the end, AMD won the contest, and launched its AM386 in 1991. And, lo and behold: the clock of this clone was faster than the original.

This MHz dispute continued for years, and each small increase was touted by the companies as the great differentiator of their product. But even when AMD was ahead in this regard, Intel had a strong marketing game in its favor. This has never been clearer than with the Pentium line. For the first time, a processor also became a branda name everyone recognized.

That’s one of the reasons why the Pentium’s retirement came as a surprise. It’s nearly thirty years of history, one of the company’s strongest brands. The Pentium was synonymous with good performance, a term that even laymen could recognize. AMD could have it all, but it didn’t.

But then the game turned…

In 1995, AMD bought the small NexGen, a company that had been developing processors comparable to Pentium. This acquisition would prove decisive to enable competition with Intel.

The first fruits were harvested in 1997, when the K6 arrived on the market. AMD’s processor rivaled the Pentium 2 – the best Intel had to offer at the time – in both speed and price. The launch was highly celebrated. A review of Tom’s Hardware of the time sentenced: the arrival of the K6 made the Pentium more recent completely obsolete.

The next model, K7, was named after Athlon, for which he was best known. It gave AMD an important symbolic victory over Intel, being the first of the two to surpass 1 GHz clock speed. And, by the end of its manufacture, the line would manage to reach an incredible 2.33 GHz. In other words: in terms of performance, the Pentium had found a rival.

But AMD’s competitive peak came with the launch of the K8, or Athlon 64. As the name implies, it was a processor with 64-bit instructions, which changed the game at the time. Later on, Intel itself would license AMD64 extensions for its own use, so good was the technology.

To top it off, AMD’s new architecture worked very well not only on desktops, but also on servers, reaching a quarter of the industry. For enthusiasts, it was clear that the company’s chips were the best on the market.

…and then turned around again

However, AMD did not know how to take advantage of the good moment. A number of management issues got in the way; the maintenance of the company’s factories also ate a lot of money. And Intel, in turn, began to leave the Pentium behind.

The architecture netburst, which powered the Pentium 4 line, was not bringing good results. It lost in performance to the Athlon 64, in addition to consuming more energy. The next step was actually a step back: Intel planned its new line of chips not from the Pentium 4, but from the Pentium 3. corewhich has since designated the company’s top-of-the-line chips.

The tide rose again for AMD from then on, especially with the launch of Core 2. Intel was back on top, and its rival, still dealing with internal problems, saw the distance increase. The two old adversaries were returning to their seats.

But the memory remains: once, a long time ago, AMD made Intel sweat. And it changed the market in the process.

Were you team Pentium or team Athlon?

On Tecnocast 261, we took a ride on the retirement of the Pentium line in notebooks (RIP) to talk about the good old days of computing (someone still uses that word) in the 1990s and 2000s.

SUBSCRIBE | you can hear the technocast on Spotify, Google Podcasts, Apple Podcasts, Pocket Casts, Castbox, Overcast or your favorite player.