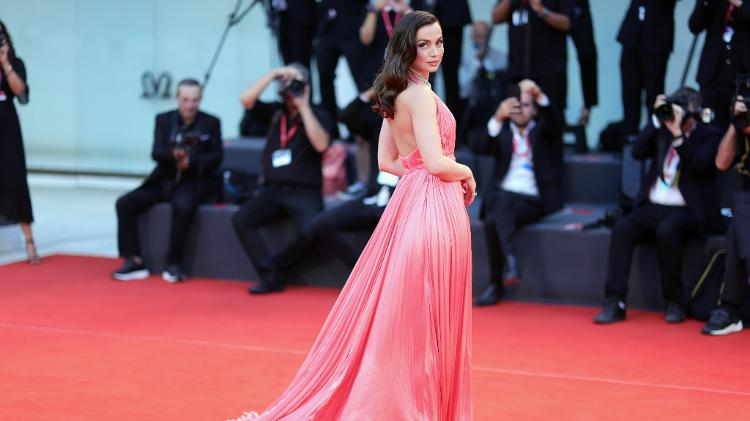 Next Wednesday, the 28th, the movie “Blonde”, starring Ana de Armas in the role of Marilyn Monroe, premieres on Netflix. The Cuban-born actress plays the eternal muse in cinema in the feature film, based on the book by Joyce Carol Oates, which aims to explore in a fictionalized way the life of Norma Jeane at the confluence of public and private.

The project by director Andrew Dominik, born in New Zealand, has been surrounded by controversy since its announcement, especially after being rated for over 18 years, for sexual and nudity content.

While many fear that the drama is harmful to Marilyn’s image and more exploratory of her sensuality than truly transformative, the director and protagonist defend the approach, and the actress says that she even received a visit from the spirit of Marilyn Monroe during the filming.

The film had its first worldwide screening at the Venice Biennale, on September 8, and divided the opinion of specialized critics.

On review aggregator Rotten Tomatoes, the film only has a 50% approval rating, and the consensus alleges that “Blonde” can be “hard to watch as it navigates between commenting and contributing to exploration.” [de Marilyn]”, although the performance of Ana de Armas is praised as something “luminous”.

Since he began granting interviews about the process of immersion in the character, however, Armas has generated other controversies. The 34-year-old actress seems to have borrowed the primer from Lady Gaga, when she claimed to confuse herself with Patrizia Reggiani and to have been “chased by flies” during the recording of “Casa Gucci”.

During a press conference for the release of “Blonde” in Venice, de Armas stated that she could feel the spirit of Marilyn Monroe accompanying her during filming.

The actress claimed that the feeling was stronger when she was portrayed as the character in places that Marilyn actually went through during her life. The film was shot in the 1950s star’s childhood home.

“I think she was happy, but she threw things against the walls at times, and got angry when she didn’t like something,” the actress claimed in front of an audience of journalists.

“Wherever she went, filming in her house, there was a strong sense of something in the air. I think she approved of what we were doing. Maybe that sounds too mystical or something, but I believe it’s true, we all feel it.”

In an interview with fashion and culture magazine AnOther, de Armas said he visited Marilyn’s grave to ask permission before facing the first day of filming.

The actress said she left a handwritten letter at Marilyn’s grave, located at the Westwood Village Park memorial in Los Angeles.

“We took a big card and everyone on the team wrote her a message. So we went to the cemetery and put the card in the grave,” she explained.

“We were asking permission in a way. Everyone felt a huge responsibility, and we were aware of the side of the story we were going to tell — the story of Norma Jeane, the person behind the character of Marilyn Monroe. Who was she really?”

Whether or not Marilyn’s “permission”, the high sexual content of the film, according to the director and the protagonist, is necessary.

“We are telling her story, from her point of view,” Ana told Variety in an interview.

“I’m making people feel what she felt. When we had to shoot those kinds of scenes, like the scene with Kennedy, it was difficult for everyone. But at the same time, I knew I needed to go there to find the truth.”

The scene in question, featuring Kennedy, is a moment in the film where President John F. Kennedy (Caspar Phillipson) forces Marilyn to perform oral sex while he speaks into the microphone.

“She lets the place get tense if she needs that space — and in doing so, she puts even more pressure on herself,” adds Dominik of Ana’s posture on sets. For the actress, it was important not to stay in character between takes, but the mood of her version of the actress from “Some Like It Hot” is one of deep regret.

“It was heavy. I felt unable to help because I couldn’t change what was happening [com ela]. I simply needed to live that story that I know how it ends”, he reflects on Marilyn’s death at age 36.