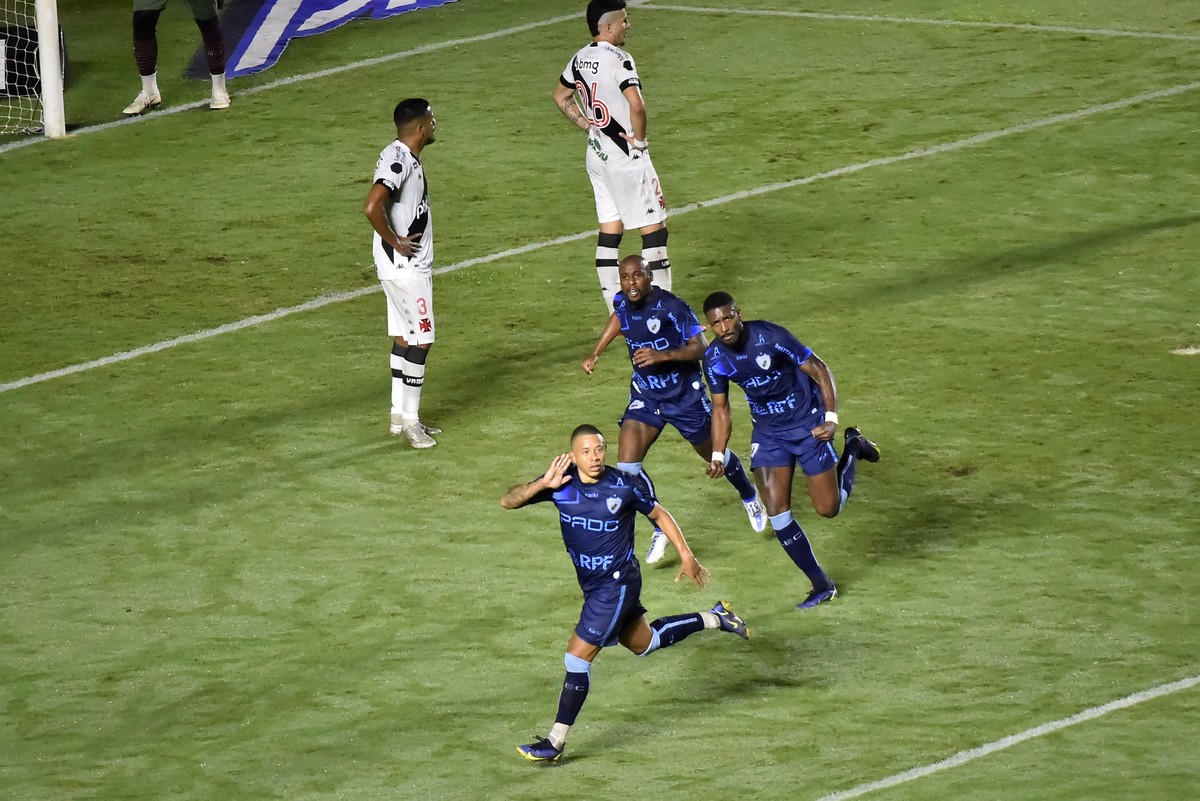 The 32nd round of Série B do Brasileiro was not good for Vasco. In addition to drawing at home with Londrina, Cruzmaltino saw other opponents approach in the fight to rise to the national elite. The chances of access for the carioca team dropped from 63% to 46%.

Caprini vibrates with a goal, in Vasco vs Londrina — Photo: André Durão

The team that came closest was Ituano, which rose to fifth position, two points behind the G-4. The São Paulo team, which had a 15% chance of moving up, saw its chances of access increase to 25%.

Still at the top of the table, Grêmio maintained a 95% chance of going up, despite the loss to Sampaio Corrêa. Bahia, which had 93%, now has 90%, after losing to Chapecoense.

The infobola website, by mathematician Tristão Garcia, considers that 11 teams are fighting for the three remaining places in the Serie A. Only Cruzeiro guaranteed early access. Cabuloso also confirmed the title in this round.

In the fight against relegation, the last three placed are in a very delicate situation. While the Náutico has a 99% chance of falling, Brusque and Operário-PR have 89% and 84%, respectively. CSA, which had 34% in the last round, saw the chances of relegation increase to 60%. Tristao considers that nine clubs are still fighting relegation.