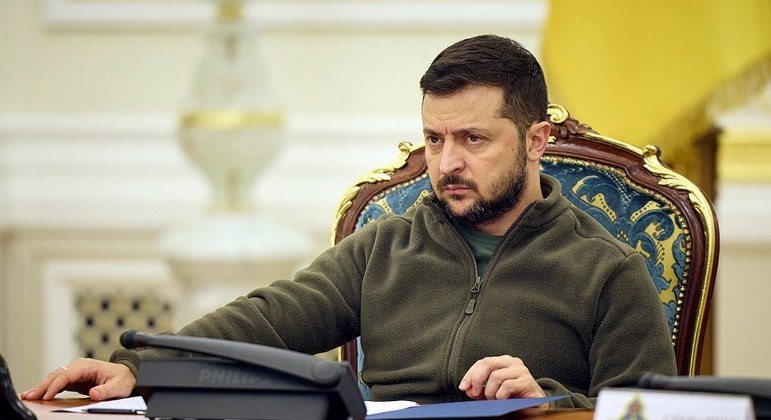 Ukraine’s President Volodmyr Zelensky said on Sunday that the strategic eastern city of Lyman, in one of the Russian-annexed regions, was “completely free” from Moscow’s troops.

“At 12:30 pm local time (6:30 am GMT) Lyman is completely free. Thank you to our military,” he declared in a video posted on social media.

The Russian Defense Ministry announced, on Saturday (1st), in a statement, the withdrawal of troops to avoid being completely surrounded by the Ukrainian army and admitted that the Kiev forces continue the offensive despite having suffered numerous casualties in an attempt to to regain territories in Donbass.

According to one of the spokesman for the Ukrainian Army, Sergiy Cherevatyi, the entry into Lyman is confirmed and 5,000 to 5,500 Russian soldiers are surrounded.

The loss of the city is a major setback for Moscow after Russian President Vladimir Putin proclaimed the annexation of the Donetsk region, along with three other regions, in a ceremony on Friday that was condemned by Kiev and the government. West as a hoax.

Ukrainian Presidency Chief of Staff Andriy Yermak posted a video of Kiev’s troops in Lyman, which is in northern Donetsk province. The footage shows military personnel installing a Ukrainian flag at a point at the entrance to the city.

According to a report released on Saturday by the General Staff of the Ukrainian Army, about 530 Russian soldiers died in the last 24 hours, while 16 tanks and a helicopter were destroyed.

Petista said he intends to increase the number of portfolios by 40%, with the possibility …