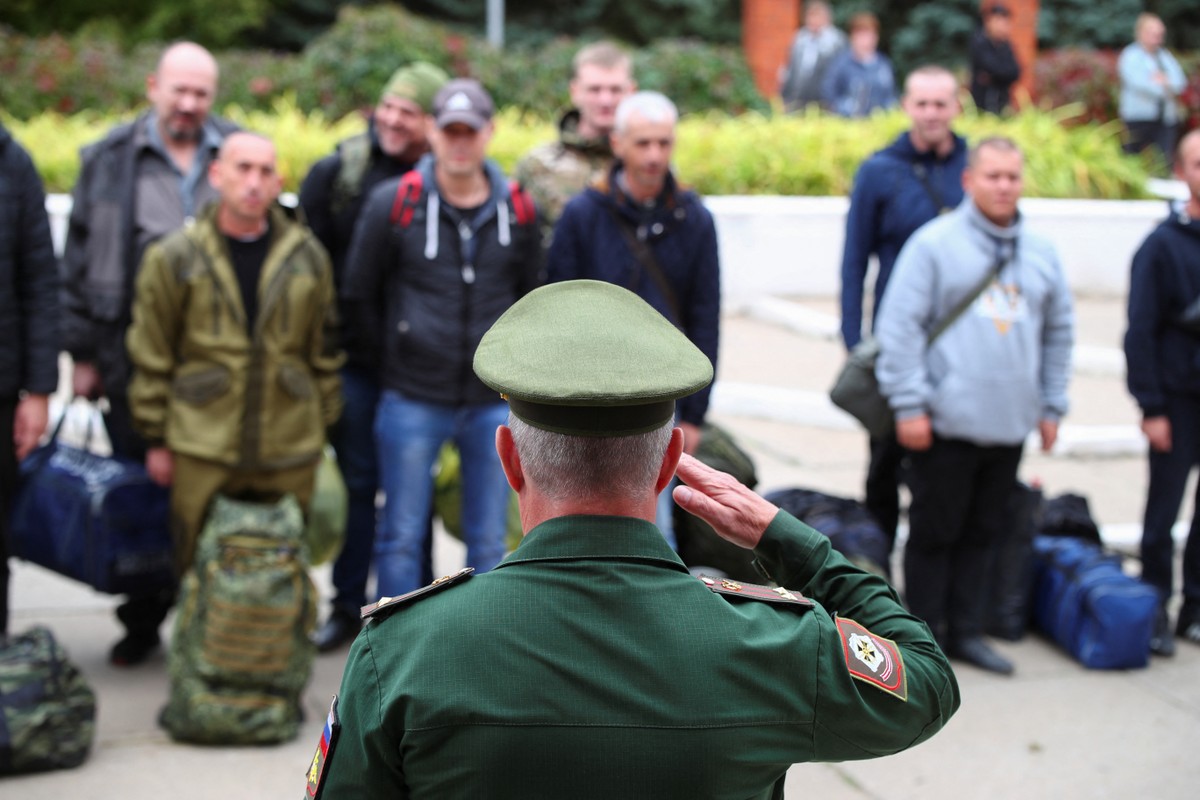 200,000 Russians have already been called up after partial deployment of troops | Ukraine and Russia

When the Russians were informed of the mobilization, the promise was that 300,000 would be called up to help in the conflict against Ukraine.

This is the first military deployment by Russia since World War II. The number of adhesion to these calls has not yet been disclosed.

Russian reservist bids farewell before his departure to a military base – Photo: Reuters/Handout

After the official announcement, made by President Vladimir Putin on September 21, the search for flights leaving Russia increased considerably, as did the queues to leave the country through the borders.

In addition, more than 1000 people were detained by the police during demonstrations against the mobilization.

Russian police officers detain men during a protest against the mobilization of reservists by Russian President Vladimir Putin on September 21, 2022 – Photo: Reuters