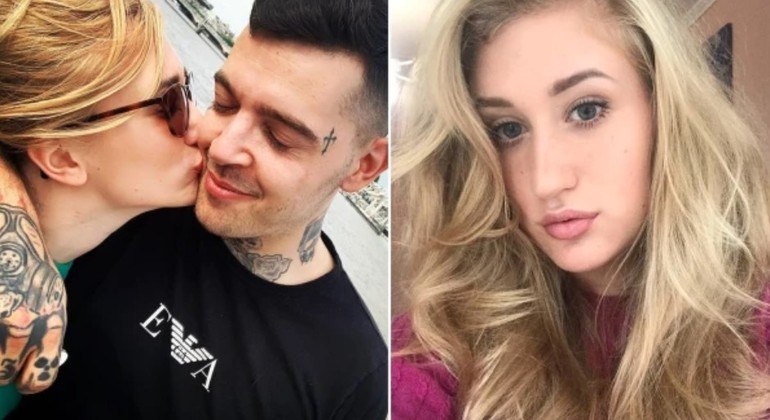 After being abandoned, refugee who fell in love with Brit decides to return to Ukraine – News

One of the UK’s most talked about love stories has gained another chapter. Refugee Sofiia Karkadym, who was abandoned by British security guard Tony Garnett, is packing her bags to return to Ukraine.

The decision came after 29-year-old Garnett rejected the 22-year-old Ukrainian’s latest reunion requests in a 1-hour phone call last Friday (30). The Brit told her there was no chance they could ever be a couple again and that he was looking forward to “moving on with life”.

The former couple spoke out for the first time since police arrested Sofiia after an altercation in which the two were drunk. During the altercation, which she stabbed a kitchen knife into a wall. This was the final straw for Garnett to declare that he was ending the relationship.

The Brit embarked on a four-month affair with the refugee ten days after she moved into the family home. The boy shared the house with his then wife, Lorna, and their two young daughters. The relationship with the Ukrainian lasted only nine months.

With the end of the romance, Sofiia’s own mother told Garnett that she was distressed by the situation and demanded that her daughter return to Ukraine. “In love, everyone has their own destiny. At first, we were not happy, but she said that she loved you and that this was a serious relationship. But it ended. We would like her to come home,” she told the daily mail.

Despite this, the young Ukrainian risked arrest for a third time after she appeared again at her ex-boyfriend’s house, ignoring police instructions.

The Brit then invited her to a chat instead of calling the emergency hotline as advised by authorities, allowing her to enter his home for about 30 minutes.

“I didn’t want her to be arrested and I didn’t want the hassle of having to fill out all the police statements all over again, which takes a lot of time. I’m really tired of everything,” she told the tabloid. MailOnline.

“The police warned her beforehand to stay away from me and my house. She needs to hear them. She told Sofia again that we’re done. She said she was returning to her family in Ukraine and was really calmer, which surprised me,” Garnett added.

He even offered to take her to the airport. “I checked the flights and they are very cheap to Ukraine.”

“I can’t let you go so easily”

Even so, Sofia said she wouldn’t give up on Tony, even though he rejected her. “I’m glad he’s talking to me again. I didn’t want to end up with just a message he sent me. It’s a very difficult time for me, because I love him so much. I can’t let him go that easily and I’m lost here without any friends or family,” she said with tears streaming down her face.

“I told him that I will never drink again and that we could live happily together if he would give me one more chance. But he is refusing and I don’t know what to do. Maybe I have to go back to Ukraine because I can’t live like this. much longer. My family wants me back,” added the Ukrainian.

Despite this, Sofia says she still doesn’t know what her future will be, because Ukraine is still at war and “things could get worse there”.

Previous WhatsApp starts blocking prints on single-view photos
Next Neto detonates São Paulo after defeat in the Sudamericana and asks Ceni: ‘Why didn’t you resign?’