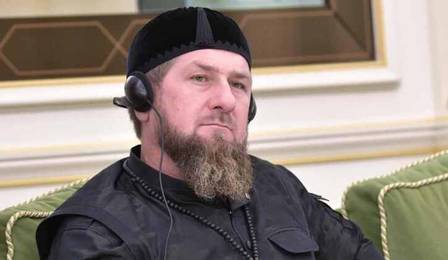 Since the beginning of the war in Ukraine at the end of February, Russian forces are supported by fighters from Chechnyaa Muslim-majority republic in the Caucasus that is part of the Russian Federation.

Now, the contingent will receive a “special” reinforcement. Ramzan Kadyrov, 45, the bloodthirsty Chechen leader and ally of Vladimir Putin, said will violate Russian law and send three of his teenage sons to fight in Ukraine.

“I have always believed that the main objective of any parent is to instill mercy in their children and teach them to protect their family, people and country”said the pro-Putin Chechen president, according to the “Daily Star”, citing the East2West agency, which specializes in Russian affairs.

“And I’m not kidding. It’s time for them to show themselves in a real fight, and I just welcome their wish. Soon they’ll be on the front lines and they’ll be in the toughest sections of the fighting line. Their military training has begun a time ago. They are taught to wield various weapons, as well as use them at any distance.”he added.

Kadyrov cultivates a reputation for authoritarian leader and is accused of several human rights violations and to command an obstinate campaign against gay rights. Warlord, Kadyrov has headed Chechnya since 2006. He inherited power from his father, Akhmat, who was appointed leader by Russia in 2000 after two bloody wars in Chechnya, and who was killed in a suicide bombing in Grozny.

Recently, Kadyrov argued that Moscow use “low power” nuclear weapons against Ukraine. According to him, the war in the former Soviet republic requires “drastic measures”.