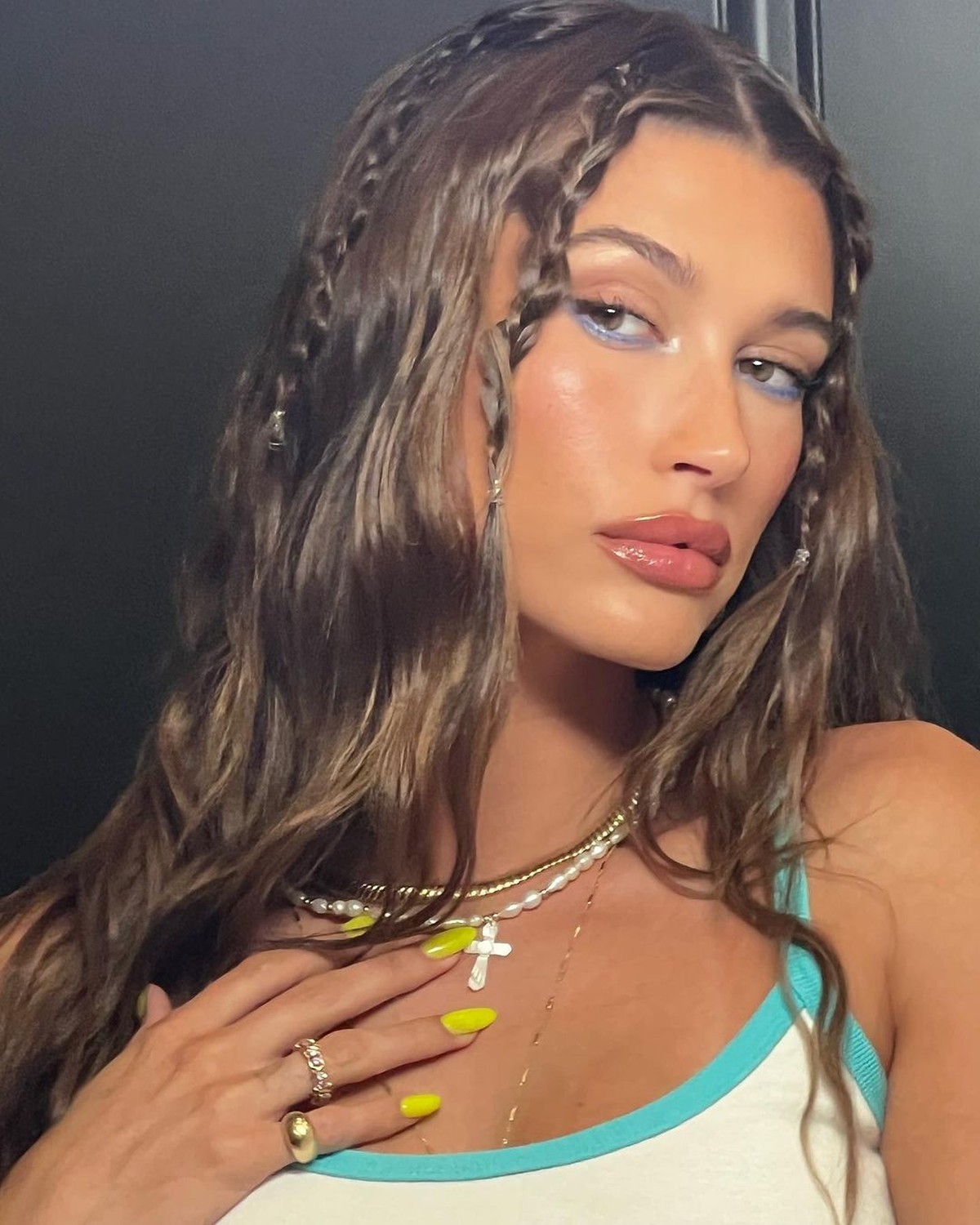 Hailey Bieber has been betting on several beauty trends under the umbrella of the “glazed donut” look, which refers to the shiny appearance of the candy that has a frosting. Recently, it was the model’s turn to choose as her choice for the autumn of the Northern Hemisphere the makeup she called “brownie glazed lips”, it is the contour of the lips made with brown pencil and transparent gloss coverage, used by her to to promote one of the products of its new Rhode brand, the Peptide Lip Treatment.

Despite not saying that she was the creator of the look, many netizens began to attribute the idealization of the look to the model. The lip liner, however, has been used for decades by the black and Latino communities and an important symbol of the aesthetics of these groups. As boom around the top tutorials teaching the look on TikTok, influencers and beauty artists Blacks began to question the erasure of racialized communities in the creation of beauty trends.

In an interview with Diet Prada’s Instagram profile, Beyoncé’s makeup artist, Sir John, spoke about the issue, noting that the problem is not white women using the look, but the fact that black and Latin women are excluded from creating the style when it passes. to be successful. “When it was one of my sisters or my mother, or in the black and Latino communities, the trend was seen as ghetto,” he said. “If it’s being worn by a white person, it’s considered ‘fashionist’.”

In the comments of one of the videos made by the top, several internet users recalled the origin of the trend and complained about the lack of credit for women in these communities. “My mom, aunts and cousins ​​have been wearing this look since the 1990s,” one person wrote. “Black women have been wearing this makeup for decades,” said another. “Please tell me where your inspiration came from. A lot of people are saying that you created the look,” asked a third.

Your device has an unsupported resolution.

Between the 1950s, 1960s and 1970s, few products were created with women with darker skin tones in mind, and consumers needed to be creative with the options available. Therefore, many used eye or eyebrow pencils, which used to have a shade that was closer to their skin color, to contour the lips and define them – hence the use of the dark brown tone around the mouth. In addition to the black community, the first generations of Mexican women who lived on the periphery of the United States also adhered to the style, which became part of the chola aesthetic that marked the Latino youth of that time.

Over the years, brown contoured lips have also become part of the hip hop aesthetic, being used by rappers with black and Latin influences such as Missy Elliott, Mary J. Blige and Lil’ Kim. In the 1990s, the style also became popular among big models and white celebrities, and from Naomi Campbell, Halle Berry and Beyoncé to Pamela Anderson and Cindy Crawford, the brown-lined mouth became mainstream in the decade. When it started to appear in the looks of white women, makeup lost the marginalized connotation it had in society as a symbol of the aesthetics of the periphery and gained the status of “stylish”, reinforcing the criticism of many people of color that a particular look it only becomes part of the fashion when adhered to by white people.

Thanks to the influence of social networks, more and more trends return from past decades and return to dictate fashion today. However, younger generations do not always take into account the history of these visuals and how they came about. “Everyone feels like they’ve found gold for the first time. That’s why we need to look and say, ‘Hey, we’ve been here before,’” said Sir John. “When you have a megaphone that hits millions of young people, it’s your job to know your references,” he continued of the “brownie glazed lips” case. Today, black and Latino celebrities continue to bring the trend and its significance to their cultures to red carpets, such as the star of euphoriaAlexa Demie, singer Megan Thee Stallion and sisters Halle and Chloe Bailey.

Previous Ukrainian army advances in reconquest of territories annexed by Russia
Next Player invents with a backflip in penalty kick and makes a great goal; Look