the attacker Hulk Paraíba shared with the fans a remarkable moment in his professional and personal life. The player currently defends Atlético-MG. He is even the team’s top scorer in the current season and is in ranking of the greatest scorers in the history of the club from Minas Gerais.

The athlete is the proud father of four children, two boys and two girls. The firstborn is Ian, 14 years old, and Tiago is 12 years old. On the girls’ team are Alice, nine years old, and little Zaya, who turned five months old.

The athlete’s youngest daughter is the result of his current relationship. Hulk is married to the doctor Camila Angelo. For now, they are just the baby’s daddies. His other three heirs were born from his former marriage to Iran Angelo. The ex-couple’s separation was announced in 2019. The end was surrounded by controversy, especially because Iran is Camila’s aunt.

On social media, the famous dad posts many pictures of his family. Even more so when he brings his four children together. Since playing for Atlético-MG, the player has been living in a luxurious mansion in the metropolitan region of Belo Horizonte, capital of Minas Gerais. The children even tend to have a lot of fun at their father’s house.

This Sunday (02), the striker showed a beautiful click in which he recorded the first trip of the youngest in a football stadium. The baby was dressed in character and wore a cute team uniform. to compose the lookZaya posed for photos with a pink bow in her hair and a pacifier of the same color.

In addition to the little one, her three older brothers were also present at the Mineirão Stadium. When talking about the illustrious fans in the stands, Dad highlighted that the quartet is a hot foot!

“Yesterday was the first time Zaya went to see daddy play and together with his brothers Ian, Tiago and Alice, they brought their father luck. The victory came and with the right to 2 goals from dad. Thank you my GOD” Hulk Paraíba. 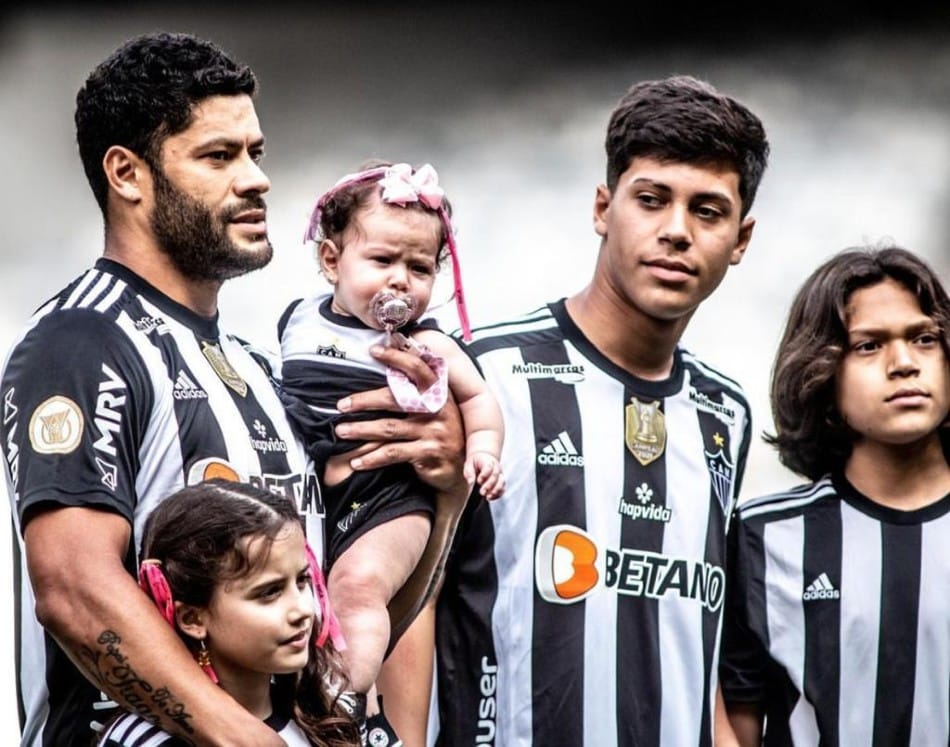 Instagram reproduction Little Zaya, daughter of Hulk and Camila, made her debut in the stadiums and gave dad luck