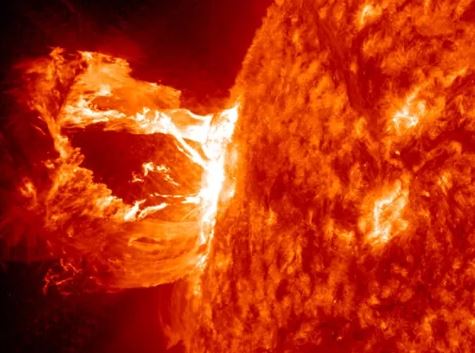 Solar flares are intense bursts of radiation that come from the release of magnetic energy from the solar surface. This phenomenon can even influence the media on earth and cause blackouts, but for short periods of time.

Last Sunday (2/10), the United States Space Agency (NASA) managed to capture an image of one of these so impressive explosions. See the video of the moment at the end of the article.

In the captured image you can see the explosions because they are the brightest areas of the Sun and can last from minutes to hours.

According to NASA, this explosion has been classified as flare X1 — or flash x1, in free translation. The X represents the intensity of that flash while the number provides more information about the strength of the eruption and can be rated up to 9.

According to NASA experts, the radiation emitted by these explosions are not able to pass through the Earth’s atmosphere nor physically affect humans, however, at higher intensities, it can disturb the atmosphere and disrupt the means of communication and GPS signals.