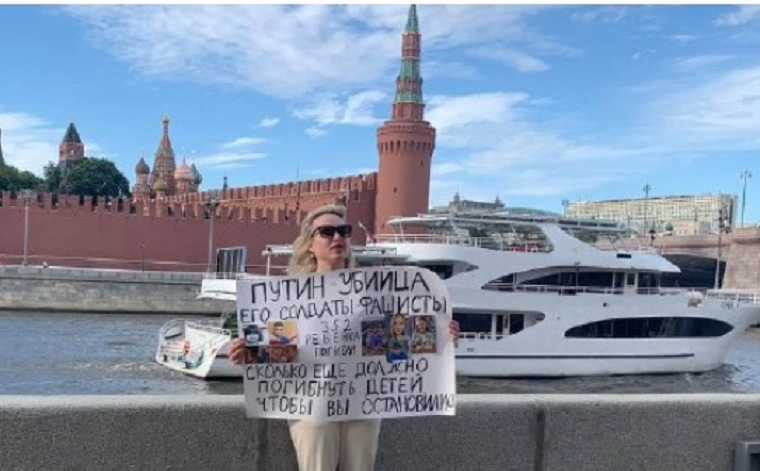 London – After challenging at least three times the official narrative of Vladimir Putin’s government about the war, journalist Marina Ovsyannikova joined the Russian Ministry of Justice’s wanted list this Monday (3) for having escaped from house arrest to which she had been arrested. she had been in prison since August 11, after being convicted of spreading “fake news” about the Russian army.

The journalist became known around the world in March for having invaded a state TV studio of which she was one of the publishers with a poster protesting against fake news disseminated in government-controlled media.

She spent three months in Germany working for the newspaper Die Welt, returned to Russia allegedly to attend a custody hearing for her children and made a solitary demonstration outside the Kremlin, which was the reason for her conviction.

Government-controlled broadcaster announced the disappearance of the journalist

The news about the disappearance of Marina Ovsyannikova with her 11-year-old daughter was reported on Saturday by state broadcaster Russia Today (RT), which interviewed the journalist’s ex-husband, Igor Ovsyannikov. The arrest runs until October 9. At Monday, she got on the wanted list.

In the interview with RT, Ovsyannikov claims not to know the whereabouts of his daughter. According to him, the ex-wife kidnapped the girl. The child reportedly stopped going to school and “confusedly answers questions,” he told RT.

He noted that they could not legally leave the country as the girl does not have a foreign passport or parental authorization to travel abroad.

Watch the story of the journalist who challenged Putin

Despite having spoken out several times within Russia against Putin, Marina Ovsyannikova is not unanimous in the media like other dissident journalists, starting with Nobel Peace Prize winner Dmitry Muratov. 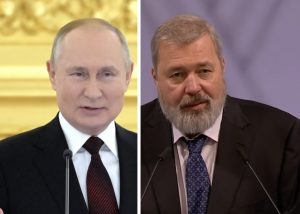 She has had a long career on state TV and so has her ex-husband. She lived a life of privilege, reserved for those who lined up with the Russian government, until March 14.

The combative stance taking advantage of a space in the censored Russian state media is at odds with Ovsyannikova’s past. She was born in 1978 in Odessa, a Ukrainian port city under threat of attack, and grew up in southern Russia.

At the Kuban University School of Journalism, he studied with Margarita Simonyan, the editor-in-chief of one of the main Russian state media outlets, RT (Russia Television).

After the studio was invaded, the RT editor denied being friends with the journalist who broke the state censorship block, although she admitted that she recommended her for a vacancy.

Marina Ovsyannikova had other personal ties to the state network: Igor Ovsyannikov, her ex-husband, was director of RT.

On social media, the journalist’s activity was very different from the acts of protest. On Instagram, she introduced herself as a happy mother, owner of golden retrievers, and lover of fitness and swimming in the open sea.

Old posts reveal that she led a glamorous life, flaunting expensive clothes, jewelry and travel possible with a good salary as a graduate employee of Russia’s state media.

Everything changed when the then editor of the evening news program Vremya, of the state channel Channel One, invaded the studio when the program was broadcast live on March 14 with a sign saying: “Stop the war. Don’t believe in propaganda. They are lying to you” in Russian.

The journalist underwent a long interrogation, was accused of being a British spy but was not arrested. She moved to Germany and was hired by the newspaper Die Welt, where she did reports criticizing her country.

In one of them, he wrote: “Russians are afraid”.

In early July, she announced the end of a three-month contract and returned to Russia on the grounds that she needed to attend a custody hearing for her children.

But her trip to Germany was fraught with controversy, with protests against Die Welt for having hired her because of her long history of working at a Russian government-controlled broadcaster. 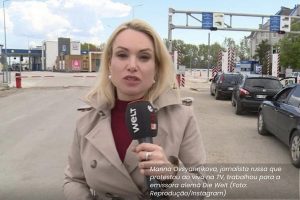 Once back in Russia, the journalist continued to challenge the government. On July 13, she recorded a video in support of opposition politician Ilya Yashin, who is being held in pre-trial detention for allegedly spreading false information about the Russian military.

Two days later, he made a silent protest outside the Kremlin, broadcast on his social media, displaying a sign that read: “Putin is a murderer. His soldiers are fascists.”

Because of him, she was sentenced to serve house arrest and pay a fine, met with indignation. 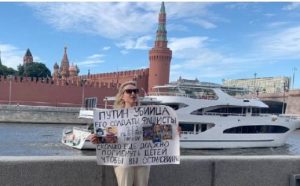 “The accusations are absolutely absurd. It’s like I’m accused of setting fire to the Caspian Sea or spreading smallpox,” she said.

The purpose of the trial is to intimidate all people who oppose war in the Russian Federation.”

She described Russia as an aggressor country, saying: “The beginning of this war is our government’s greatest crime.” 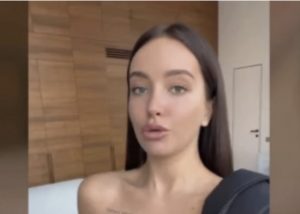 Previous Microsoft has created a new website dedicated to the acquisition of Activision Blizzard
Next Cruzeiro already earns BRL 3.5 million per month with partners and plans improvements