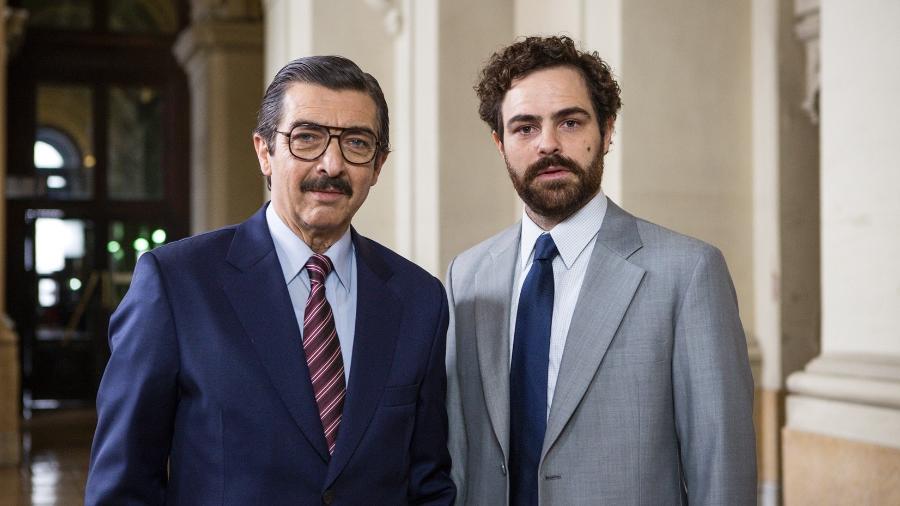 Prime Video announces gala nights for the feature Argentina, 1985 and the series Jogo da Corrupção at the Rio Film Festival

Prime Video announces today the six productions that will be part of the official schedule of the Rio 2022 Festival, which takes place from October 6th to 16th. They are: the movie Argentina, 1985 and the series Corruption Game, that will count on premieres and the presence of a cast, the films Call Jane, My Policeman and nanny; and the documentary Good Night Oppy, which will be part of the exhibition schedule during the festival. The complete program will be available on the Festival do Rio website.

On the 12th of October, Argentina, 1985 will have your premiere with the presence of the actors Peter Lanzani and Alejandra Flechner at Cine Odeon, one of the oldest and most traditional cinemas in Rio de Janeiro, downtown. already the premiere series world Corruption Game will be on October 14, with the airing of the first two episodes and the presence of the showrunner and Oscar winner Armando Bóof the actors Andrés Parra, Albano Jerónimo, Eduardo Moscovis and Maria Fernanda Candidoand the producers Nicolas Atlan and Christian Gabela.

Argentina, 1985 is inspired by the true story of prosecutors Julio Strassera and Luis Moreno Ocampo, who dared to investigate and prosecute Argentina’s bloodiest military dictatorship in 1985. Undaunted by the still considerable influence of the military in their fragile new democracy, Strassera and Moreno Ocampo has assembled a young legal team of unlikely heroes for this battle of David against Goliath. Under constant threat to themselves and their families, they raced against time to bring justice to the victims of the military junta. The award-winning director Santiago Miter directs the film, which he co-wrote with his longtime collaborator Mariano Llinás. The film features a star-studded cast, with Ricardo Darin in the role of Julio Strassera and Peter Lanzani as Luis Moreno Ocampo.

Corruption Game It’s the new season of the Amazon Original series The President. Bringing the plot of the first season to Brazil and Europe, the new episodes show the origins of FIFA’s transformation from a simple sports organization into a commercial and political power. At the center of the story is former FIFA President João Havelange, the unlikely Brazilian outsider who usurped power from the Europeans and maintained control of FIFA for nearly three decades, transforming the organization into the powerhouse we know today, as well as a series of famous figures and players from the world of football. Starring Portuguese actor Albano Jerónimo and Brazilians Eduardo Moscovis and Maria Fernanda Cândido, the series also features the return of Colombian Andrés Parra for a new season with eight episodes of one hour each. The production is signed by Gaumont and creatively directed by Oscar winner Armando Bó.

the dramatic comedy Call Jane takes place in the 1960s and tells the story of Joy (Elizabeth Banks), a married woman with an unwanted pregnancy that threatens her life, but she lives in the United States and at a time when it is not possible to have a legal abortion. In this context, Joy meets a group of avant-garde women who have created a secret organization that offers safe abortions in Chicago. She ends up becoming one of the main leaders of the movement that would later bear her name. The film is directed by Phyllis Nagy and has a script Hayley Schore and Roshan Sethi.

Adapted for screen by Oscar-nominated screenwriter Ron Nyswanerand directed by Michael Grandage, My Policeman tells a story of forbidden love and changing social conventions. The film follows three young men — police officer Tom (Harry Styles), teacher Marion (Emma Corrin) and museum curator Patrick (David Dawson) — as they embark on an emotional journey through 1950s Britain. Fast forward to the 1990s, Tom (Linus Roache), Marion (Gina McKee) and Patrick (Rupert Everett) are still reeling from the homesickness and regrets of youth, but now they have one last chance to repair the damage of the past.

Director’s first feature Nikyatu Jusu, nanny is a genre film that blends psychological horror with culturally relevant issues of social identity, including race, gender, and socioeconomic status. In it, Aisha (Anna Diop), a woman who recently emigrated to the United States from Senegal, is hired to care for the daughter of a wealthy couple (Michelle Monaghan and Morgan Spector) who lives in New York. Haunted by the absence of the son she left behind, Aisha hopes her new job will give her the chance to bring him to the US, but grows increasingly uneasy about the volatile life of the family she works for. As her arrival approaches, a violent presence begins to invade her dreams and her reality, threatening the American dream she is painstakingly assembling.

Good Night Oppy is a documentary that follows Opportunity, a robot exploring the surface of Mars affectionately nicknamed Oppy by its creators and NASA scientists. Originally, Oppy was only expected to live 90 days, but she has explored Mars for nearly 15 years. The direction is Ryan White and the script of Helen Kearns and Ryan White.