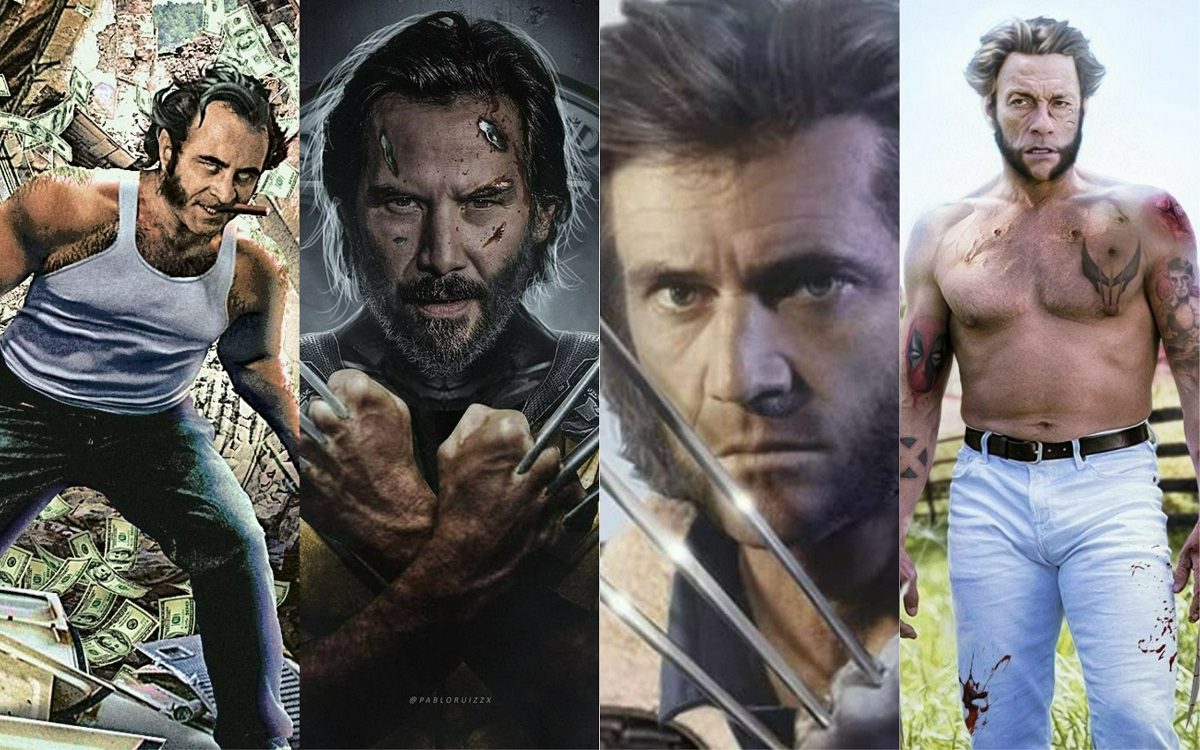 Wolverine | Before Hugh Jackman, know which actors almost played the character on the big screen

It was recently announced, to the delight of fans, that the star Hugh Jackman will return to the role that consecrated him: that of the sharp-clawed hero, Wolverine. This will be the tenth time he will play the role on the big screen, making him not only the actor who most often played a comic book hero on the big screen, but also a record holder for the most times he played the same character in the cinema in general. The news, however, does not end there. To continue the fans’ euphoria, the announcement was accompanied during the deadpool 3in itself a huge fan favorite – now in the hands of Disney and the MCU.

Can’t imagine Wolverine without Hugh Jackman. Just as you can’t imagine Deadpool without Ryan Reynolds. But it was not always so. And going back in time exactly 22 years in the past, the road could have been very different for the mutant Wolverine. It turns out that Jackman was not the main choice for the role in 2000’s X-Men. After all, how could he, since he was an actor completely unknown to everyone. Therefore, other artists were contemplated by the studio and the producers to take on the clutches of Wolverine in the first X-Men movie on the big screen. Find out who they were below. 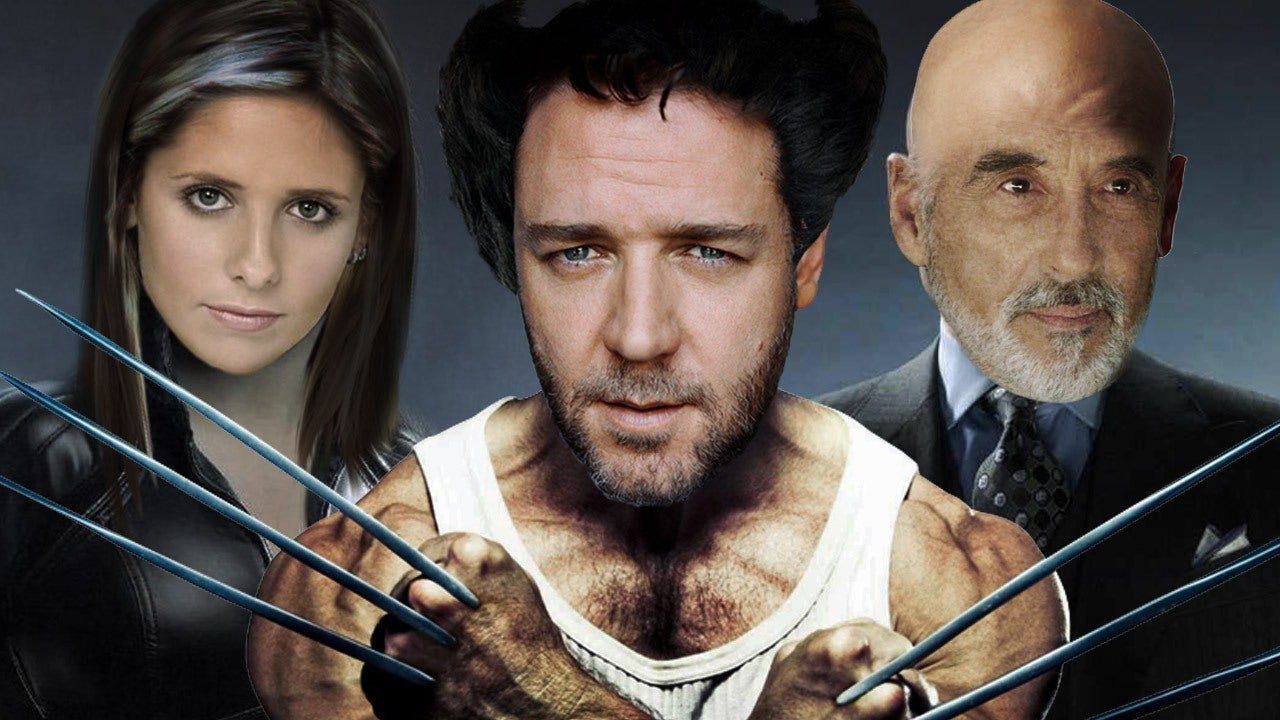 When the first X-Men (2000) was getting off the ground, director Bryan Singer’s first choice for the role of the mutant protagonist Wolverine was Russell Crowe. It must be taken into account that the actor had many pounds lighter at the time and was much younger. His persona, on the other hand, was similar to the character’s, that is, Crowe had a short fuse and was always in trouble – a worthy bad boy. Despite Singer’s wishes, the actor turned down the role and went on to star in what would be his biggest hit: Gladiator – not to mention taking home the Oscar for best actor, in addition to the film also being awarded. It wasn’t such a bad exchange. 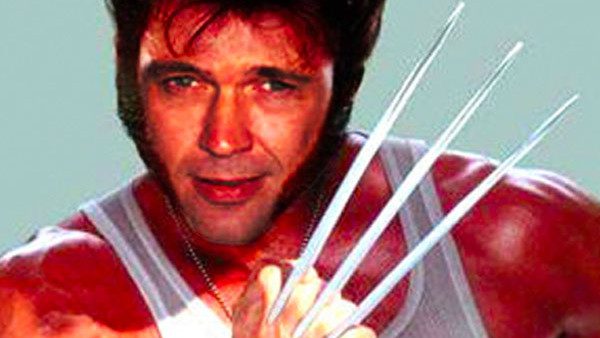 When Russell Crowe turned down the role of Wolverine in X-Men (2000), the producers had to go back to plan B. It must be borne in mind that in the early 2000s, superhero comic book adaptations were not seen with the good eyes of today, being a risky bet. And the more surreal and fanciful the theme, the worse. None of that stopped the filmmakers from buying this noise and proving they were right, forever changing the scenario of current blockbusters. At that time, the production even cast Dougray Scott in the lead role of the film, the anti-hero Wolverine. You might even wonder who the actor is, but at the time, he was on the cusp of becoming the star of the moment, and maybe he would have been, had it not been for an accident that would have knocked him out of the role. Scott played the villain Sean Ambrose in Mission: Impossible 2, and while filming he was injured. Hugh Jackman is grateful to this day. 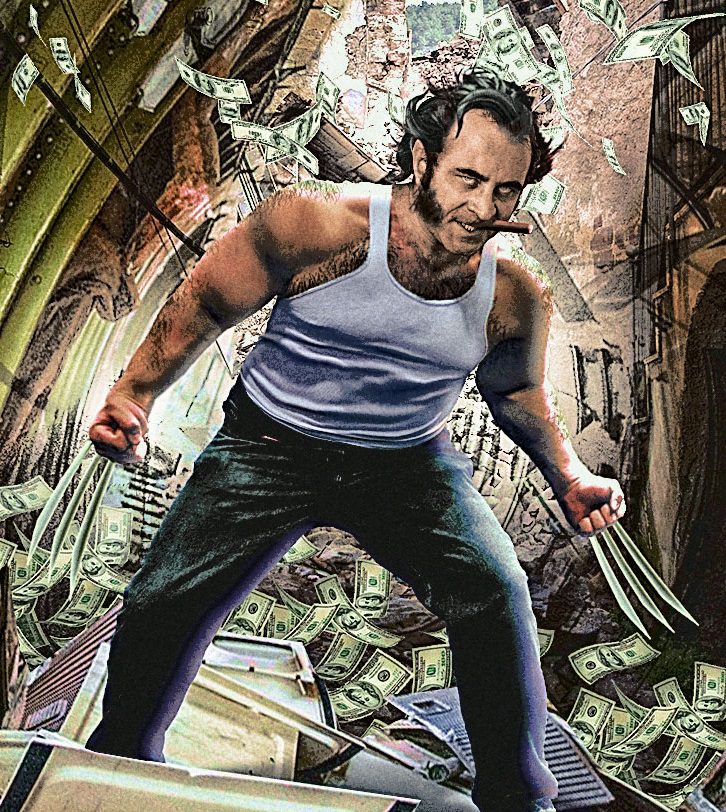 It seems unbelievable, but the fashion that asked for Danny DeVito in the skin of Wolverine is not new. In case you didn’t know, recently, some insane netizens who like to see the circus on fire, made a petition for Marvel to cast the little senior Danny DeVito, who has played the villain Penguin in Batman Returns (1992) , in the role of Wolverine. The internet has really given a lot of crazy people a voice. In addition to having nothing to do with physical or age, the choice of actor is one of the most random of all time. But there are precedents. It turns out that in the mid-80s to the 90s, James Cameron was involved with a possible production of X-Men for the cinema (in addition to another Marvel hero, Spider-Man – read on the link below). But Cameron wouldn’t direct, just produce for his then-wife Kathryn Bigelow. And in that project, the top pick for the angry little guy would be the scowling Brit Bob Hoskins. It would be curious, to say the least, as the late actor was just one step ahead of Danny DeVito.

Read too: Spider-Man (2002) Turns 20 | Discover the Most Different Versions of the Movie that ALMOST Happened 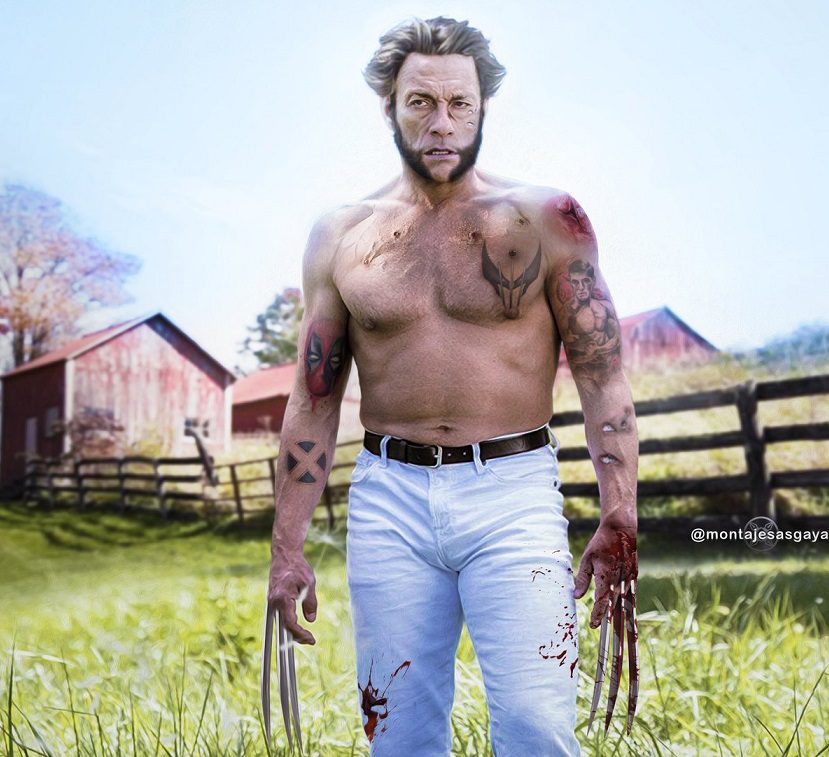 It was easier for fans to imagine comic book heroes being played by movie action heroes, even if it compromised a good acting, than to see a talented actor, but nothing like his role counterpart. This kind of wheezing has been proven wrong so many times that we don’t even have hands to count. Michael Keaton, Heath Ledger and Gal Gadot are just a few examples. Even within the franchise we have Shakespearean Ian McKellen, considered too old, at the time by fans, to play Magneto. Nowadays we can’t imagine anyone else – except Michael Fassbender. In this area, fans campaigned for the Belgian fighter Jean-Claude Van Damme to play Wolverine. The martial artist was in his prime at the time, and he even mentions the name Wolverine in TimeCop (1994), perhaps a cue for his lineup. And no doubt he possesses the stature. However, it would compromise the film a lot due to his, shall we say, non-existent performance. Just look at Street Fighter. 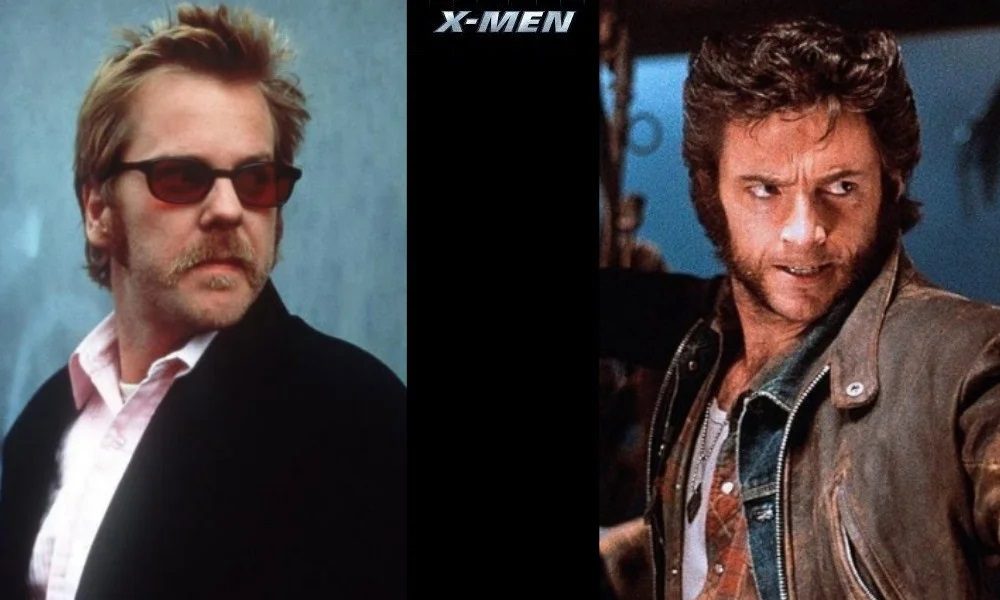 The eternal Jack Bauer of the series 24, Kiefer Sutherland is another who almost personified the angry mutant owner of cutting claws in the cinema. It turns out that Sutherland is a fan of the X-Men character and comic book and made sure to keep his name on the producers’ lips throughout the project’s planning throughout the ’80s and ’90s. Matter of Honor, but as the film’s production took a long time to get off the ground, the actor ended up missing his opportunity and would go on to star in the aforementioned series, released the year after the first X-Men. 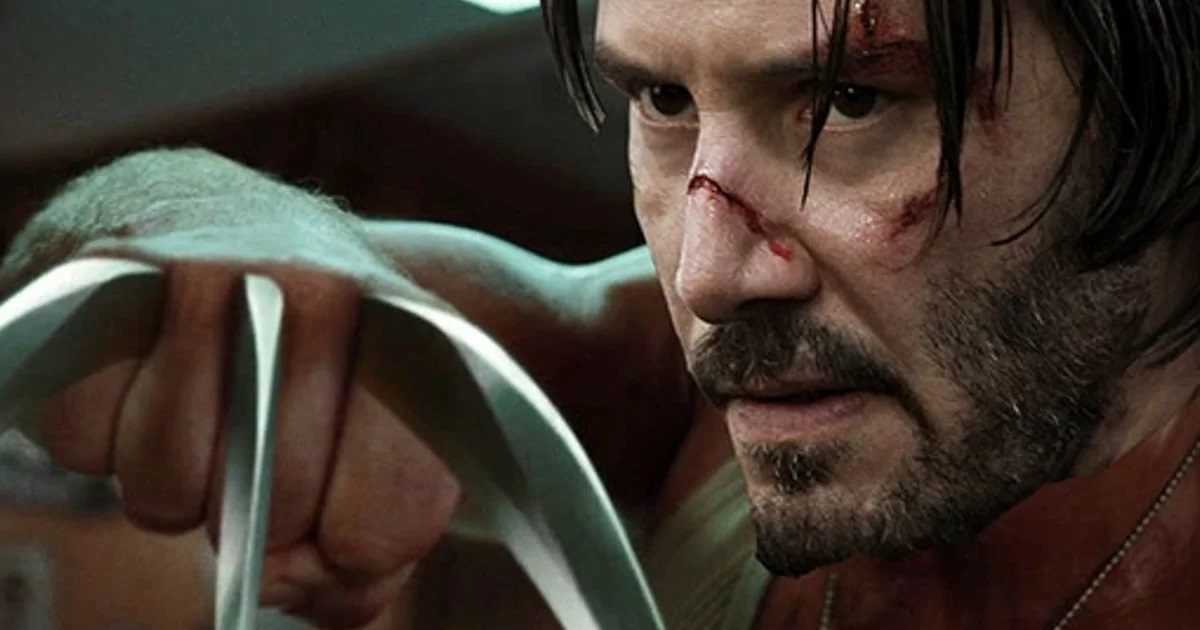 Another ’80s and ’90s star who was targeted for the role of the mutant Wolverine was internet muse Keanu Reeves. Have you ever wondered what the actor in the role would look like? Reeves, however, was another one who dismissed the project. At the time, the actor was already known for his action roles in films such as Chasers (1991) and Top Speed ​​(1994), and chose to star in the hit The Matrix and its two sequels. In fact, the aesthetics of the first X-Men owes a lot to the original Matrix, whether in the creative fight choreography or in the style of the all-black uniforms. Keanu finally agreed to be a comic book character in the movies, in the obscure Constantine (2005), whose sequel was confirmed by Warner. 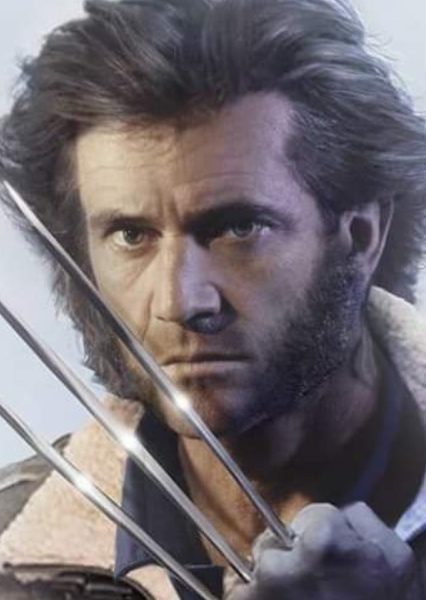 Today, a “problem boy”, snubbed by Hollywood due to his toxic quality, whether in the anti-Semitic comments or in the violence pronounced against his ex-wife, Mel Gibson has gone from one of the biggest stars in Hollywood to making B movies that would be the equivalent to direct-to-video releases – something in the territory of Steven Seagal and Dolph Lundgren. But going back a few decades, as said, Mel Gibson was on top of the world. Lethal Weapon would serve as a divider in his career, and in the 1990s, the star was also becoming a full-fledged director, popping several Oscars for Braveheart, one of his masterpieces. During this period, Gibson was targeted for the role of Wolverine – and there are even some similarities between the character and the actor. As he was on the crest of the wave, the star did not want to know about the project.

Rounding out the list is the short Jackie Erale Haley, who’s been in it since the 80’s, even though many don’t know him very well. It would be interesting to see what the actor would do with the role of Wolverine. He is one of the runaway heartthrob type, present in many of the candidates on the list. And where is it written that Wolverine is a heartthrob? Something present even in the interpretation of Hugh Jackman, which made many women sigh, after all, we still have the actor’s physique. With Haley that would change and we would see the character from another angle. Years later, the actor would finally live a comic book hero in the alternative and adult Watchmen (2009). The following year he would also embody another iconic character, but this one out of horror movies, when he played Freddy Krueger in the remake of A Nightmare on Elm Street (2010).

Previous After being abandoned, refugee who fell in love with Brit decides to return to Ukraine – News
Next VIDEO: Marcílio Dias scores a bizarre own goal in favor of Figueirense in the SC Copa