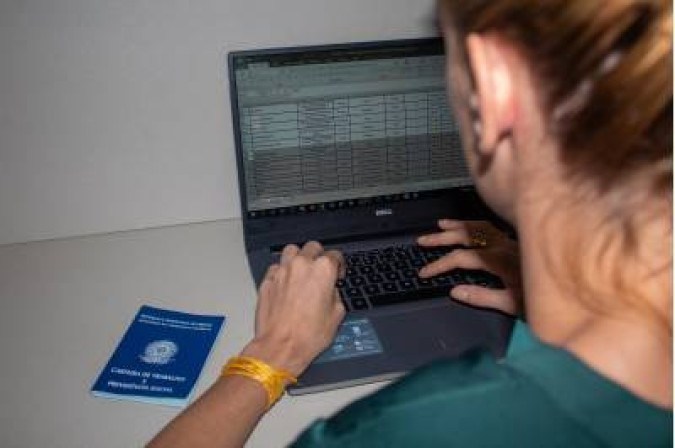 Brazil is the second country in the Organization for Economic Co-operation and Development (OECD) with the highest proportion of young people, aged between 18 and 24, who cannot find a job or continue their studies — the so-called “nem-nor “. The figures are from the Education at a Glance report, released yesterday.

One of the objectives of the survey is to assist in the review and definition of policies aimed at education. According to the document, 35.9% of young Brazilians are in this situation — a proportion that is double the average for OECD member countries (of which Brazil is not a member, but is considered a potential member), which is of 16.6%. It is only behind South Africa, with 46.2%.

The OECD report assessed the higher education and employment situation of the 38 OECD member countries. Data from Argentina, China, India, Indonesia, Saudi Arabia and South Africa were also analyzed. “This group, those who do not work or study, should be a major concern for governments, as they warn of a negative situation of unemployment and social inequalities”, the document stresses.

Of the 45 nations evaluated, Brazil is also the second with the highest percentage of young people in the “neither-nor” condition for the longest time. Of those without a job and without working in the country, 5.1% have been in this condition for more than a year.

“Brazil, Greece, Italy and South Africa have the highest proportion of young people suffering from long-term unemployment: around 5% or more of 18-24 year olds in these countries were not studying and had been unemployed for at least 12 months in the first quarter of 2021. This leaves them particularly at risk of long-term disconnection from the labor market,” the study notes.

Also according to the report, in all countries analyzed, the completion of higher education is linked to more job opportunities and better wages. For political scientist and director of Royal Politics, Rício Barreto, the high rate of unemployed and uneducated young people makes it impossible for Brazil to enter the OECD.

“It is difficult for Brazil to want to join the club of the rich. These are countries that have a good HDI (Human Development Index). We also see that these countries have a higher income distribution, provide more employment and education for young people who want to prepare, unlike Brazil”, he observes.

The report also highlights that in Brazil only 33% of those who access higher education manage to complete their graduation within the allotted time. Almost half (49%) only complete the course after three years after the scheduled deadline.

In Barreto’s assessment, there is a lack of public policies for young people to enter the job market and receive a quality public education. The National Institute of Educational Studies and Research Anísio Teixeira (Inep) is responsible for sending Brazil’s educational data to the OECD.