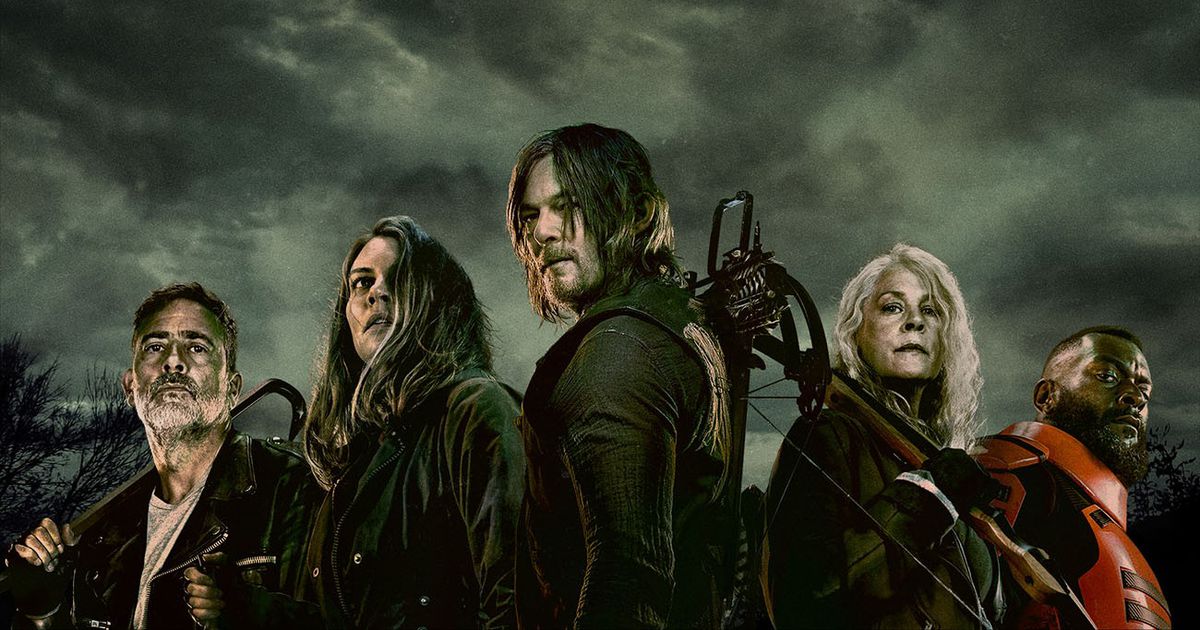 Actors of the main characters talk about the show’s cruelties

THE NEW YORK TIMES – Jeffrey Dean Morgan and Lauren Cohan have been surviving the zombie apocalypse for a long time. As Negan and Maggie, two of the series’ main characters The Walking Deadthey endured every conceivable hardship and cruelty, from watching a family member beaten to death to being cut on the jugular with a knife.

With the wildly popular drama finally coming to its conclusion – it premiered this Sunday at Star+the first of three parts that mark the 11th and final season – you’d be forgiven for thinking the lead co-stars – Cohan joined the cast in 2011, Morgan in 2016 – would be thrilled to leave the undead behind. But the production recently announced that both actors have signed on to lead The Walking Dead: Dead Citya new spinoff miniseries that will follow its characters as they try to navigate a post-apocalyptic Manhattan.

Before The Walking Dead beginning its final eight-episode block last Sunday, Morgan and Cohan chatted together over Zoom about killing off characters and finding “slivers of light and hope.” These are edited excerpts from that conversation.

Lauren, you joined the show in season two. How was that for you?

Lauren Cohan: I was flying in from the UK, and on the flight to Georgia, I watched the first season and thought, Wow, that’s okay. I better not screw this up. When I landed, I had a week of prep, and Steven (Yeun, who played Glenn) and Sarah Wayne Callies (who played Lori) took me to a Korean barbecue to get my bearings. The whole atmosphere of the show – it was so hot, and we were all just surviving, as were the characters – it was a very close-knit experience.

Jeffrey, his character was introduced at the end of the sixth season with a huge and notorious cliffhanger. What was it like to be played so dramatically?

Jeffrey Dean Morgan: (The producer of walking Dead) Scott Gimple called me and asked if I would do it. I was in the middle of filming The Good Wife. Turns out I had a two-day window where I could go to Georgia. I’ve always been a big fan of the show and I knew it would get a little attention. But I had no idea how crazy it was going to be. I met Lauren – we were Batman’s mom and dad in Batman v Superman. But it was really exciting to meet everyone.

Did you have any idea who you would kill?

Morgan: I think we all knew it would be Glenn, but not Abraham. The last scene I shot those first two days was the bat descending towards the camera. I remember Michael Cudlitz, who played Abraham, coming up to me like, ‘Do you know who you’re killing?’ It’s in the comics! He said, ‘Do you think you’re killing anyone else?’

This is a series willing to kill any character at any time. Was there a time when you felt relatively safe or were you always worried that you might be the next to go?

Cohan: I didn’t consciously think about it, but I knew that for my character, there was a lot of story to tell. Which, by the way, is also no guarantee of anything, because sometimes when the story seems so perfect, that’s the perfect time for you to be killed.

Morgan: Do you know when they kill you in this series? When you buy a house in Georgia. If you feel comfortable, you’re dead. I had a three-year contract initially. I remember asking (showrunner) Angela (Kang), “Should I buy a house?” And she was like, “ehhh”. And I was like, Well, that’s it. I’m dead!

Which character death was the most difficult for you in terms of leaving a cast member?

Morgan: Well, they were your family.

Cohan: Exactly. But the hardest things are precisely the best parts of the series. There were times when I physically threw up after filming certain scenes because it was so visceral. But I love the depth of the experience I had, loving and losing these people. Poetry and darkness, slivers of light and hope, that’s very valuable.

Morgan: “The splinters of light and hope”. I’ll put this in my head and keep it there. My next interview without you, I’m using this.

And for you, Jeffrey?

Morgan: For me, I was hit hardest when Andy (Lincoln, who played Rick) left. In large part, that was his story and the world we all lived in. Norman (Reedus, who plays Daryl) and I spent a lot of time talking about this: How will the show look going forward? And none of us had anticipated this. Andy came up to us and said, “I’m only doing six more episodes.” It was like, what?

Morgan: We all believed there was no way he wouldn’t come back. He’ll be here to kick that pig. Everyone came in and did their part – from the writers to the actors – but it’s a different thing now. That’s the cool thing about the series, which it reinvented many times over.

The series has gone through many creative changes, including multiple showrunners. Was it a challenge for you to deal with the cast?

I think that made us hold on to each other more. It’s not that it wasn’t disturbing and scary—when Frank (Darabont, the showrunner of the first season) came out, he was like, wow. That was weird. But what we were asked to do took so much emotional investment that it was almost as if we couldn’t be distracted by these things.

Before the invitation to participate in the spinoff, did any of you feel that the end of the series was the time to leave this world and these roles behind?

Morgan: When I found out the series was ending, I was like, OK. I did my part. I’m proud of the work I’ve done. It didn’t take long, mind you, for them to mention ideas for a spin-off and my ears were perked up. But I thought it would be noble for us to disperse and move on to what comes next in life.

Morgan: Well, and here we are still telling the story.

Previous US, Japan coordinate military offensive after North Korea missile test
Next “Father of the guys…”; Gabigol causes ‘terror’ at Internacional and opponent is scared by the attacker’s retrospect