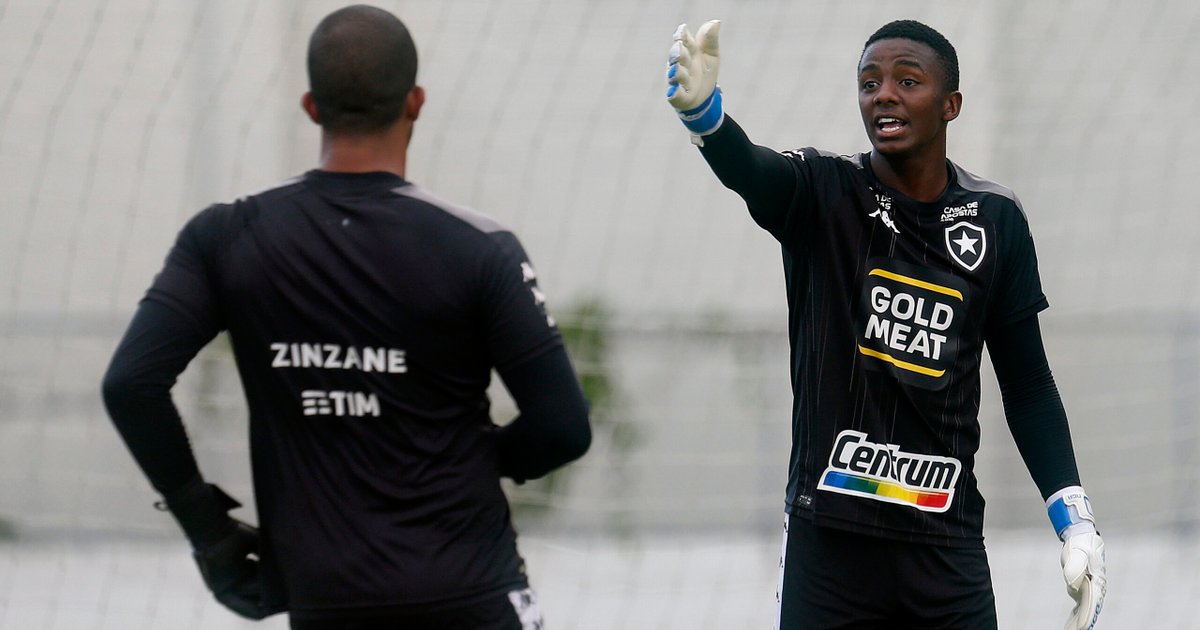 Former goalkeeper coach Botafogo, Flavio Tenius participated in the formation and consolidation of several archers of the club. Among them, the young Andrewwho is now 21 years old, stands out at Gil Vicente (POR) and entered the under-23 team of the European season.

Andrew’s free exit (Botafogo released and got only 30% of the economic rights) is still contested by the fans. Even without being directly responsible, Flavio Tenius explained the reason in an interview with the “Glorioso Connection” podcast.

– It is a question that escapes me a little. He was traded for Botafogo not to lose everything. His renewal period passed, he was a goalkeeper who was already training with us, a little bit of the six months he could sign pre-contract passed, then he didn’t want to sign anymore. He had been at the club since he was 11 years old. He passed, man, I don’t know why. He is a boy who already trained with us, he even went to some games as a reserve, we saw some potential. I’m not going to tell you that he was Botafogo’s next goalkeeper, I don’t know, I wasn’t quite sure, but he could continue with us. He wasn’t a goalkeeper who “ah, it’s here, but we ruled it out”. This contractual part is not mine, I’m not even sure, I wasn’t consulted. I don’t know why it happened. The club didn’t send him away, he ended up leaving and Botafogo got a percentage. The renewal deadline simply passed, he suddenly didn’t want it anymore, the staff, the businessman, they already had another opportunity. I didn’t have access to any conversation to define his life. We are almost always consulted, but this time it passed – explained Flavio Tenius.

On the other hand, fans question the renewal of Diego Loureiro until 2024. The goalkeeper was defended and praised by the coach.

– It was different from Diego. It was also now, the club has a contract with him until 2024, it had to be that. Since the coach doesn’t see him as a goalkeeper for that moment, why will he stay there? He was a starter at one point and champion of Serie B. Is that little? I think not. Had a mistake against the CSA, but who doesn’t have a mistake? He helped us a lot. He played absurd games. You have to ask the crowd, I don’t know. We believed in him, he’s a super dedicated guy, he was Brazilian under-20 champion, he played more than 200 games for Botafogo, he’s a guy who’s really a Botafogo player, he knows the club. We got on his feet with some physical issues, but he was a leading guy, he wouldn’t admit to losing, he was a goalkeeper that we could have… But that’s ok, I don’t question it. He helped a lot, he is following his life, on loan, he will have other opportunities, whether now at Atlético-GO or at another club. The important thing is that we work in the best way for the club and put players on the market, if they can’t work for the club – added Tenius.