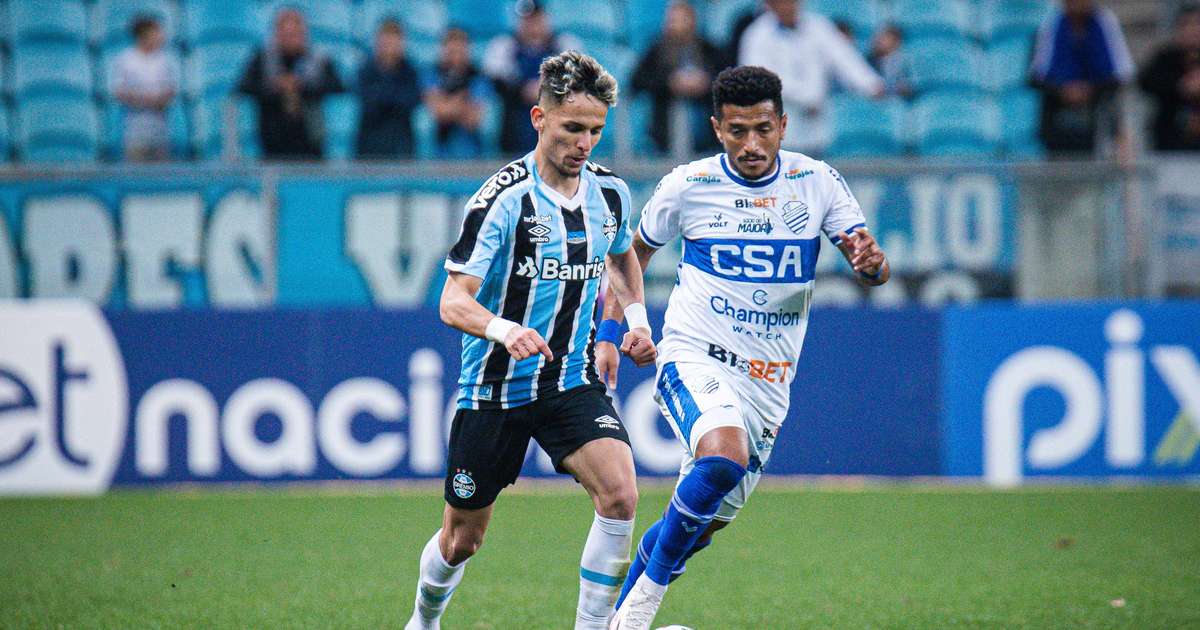 Grêmio recovers, defeats CSA at home and gets closer to accession in Serie B

Grêmio needed just 20 minutes this Tuesday to secure another victory and get closer to accession in Serie B of the Brazilian Championship. With goals from veterans Lucas Leiva and Diego Souza, Tricolor gaúcho defeated CSA 2-0, at Arena do Grêmio, in Porto Alegre, for the 33rd round. The positive result rehabilitated the team from the setback suffered against Sampaio Corrêa, in Maranhão, last week.

Now with 56 points, Grêmio is in second place in the leaderboard, behind only the already promoted and anticipated champion Cruzeiro, who has 71. The difference to the fifth place, currently Sport, is seven points, but it can be smaller if Ituano defeats the same Cruzeiro, this Wednesday, at Mineirão stadium, in Belo Horizonte, for the complement of this 33rd round.

With goals from Lucas Leiva and Diego Souza, we were dominant from start to finish. A capital victory, which brings us even closer to our main objective.

On the other side of the leaderboard, the CSA finds itself in an increasingly complicated situation. The defeat in the South keeps the Alagoas club within the relegation zone. It has 35 points and occupies the 17th place.

In the next round, Grêmio will try to get even closer to returning to the national elite against Londrina, this Saturday, at 4:30 pm (GMT), at the Café stadium, in Londrina (PR). CSA will host Sampaio Corrêa, this Friday, at 9:30 pm, at the Rei Pelé stadium, in Maceió.

The game – Grêmio had no trouble getting a good two-goal lead in the first half. With more ball possession and dominance in the midfield, the gaucho team swung the net twice before the 20th minute.

The first goal came in the 12th minute. In a free kick, Bitello activated the lateral Edilson on the right wing, who raised the second post and Lucas Leiva headed in the left corner of Marcelo Carné to swell the net and open the score.

Shortly after, in the 19th minute, forward Diego Souza scored the second goal. Bitello carried the ball through the middle, gave Lucas Marques a pen and opened with Diogo Barbosa. The left side crossed in the measure for the center forward to test, once again in the right angle of the CSA goalkeeper, and expand Grêmio’s advantage.

In the second stage, the scenario did not change much. Calmly, Grêmio maintained the dominance of the actions and managed to create good chances of goal. In one of them, Edilson hit a strong kick from the midfielder and Marcelo Carné palmed it. In another, Thaciano received from the right inside the area and hit the left post of the CSA goalkeeper.