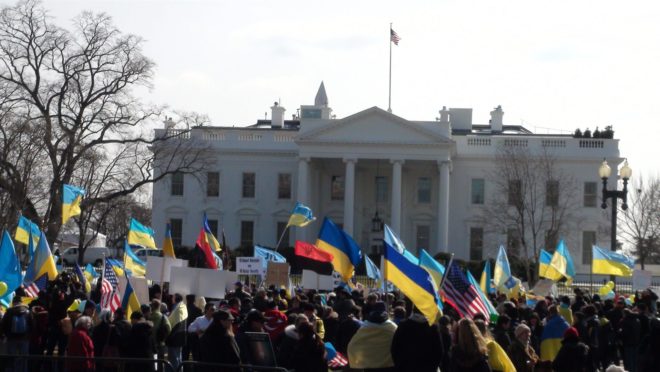 Has life in Crimea improved after Russian annexation, as Putin claims?

Last week, when justifying at the UN the annexation of the Ukrainian regions of Donetsk, Luhansk, Kherson and Zaporizhzhia by Russia, the Russian ambassador to the United Nations, Vasili Nebenzia, claimed that the people of Crimea, peninsula of Ukraine also incorporated after an irregular referendum in 2014, “has been living better since then”.

To prove his point, Nebenzia cited investments that Moscow made in the region and that others should also be carried out in the areas incorporated by Russia last week.

Russian President Vladimir Putin used the same argument in 2014 that he used now to incorporate four more Ukrainian areas: Crimea is a region with more cultural and ethnic ties to Russia than to Ukraine itself. In 1954, the peninsula, then part of Russia, was ceded to the Ukrainian Soviet Socialist Republic. The Soviet leader at the time was Nikita Khrushchev, Stalin’s successor.

Nebenzia is right to mention that Russia has made large investments in the region, as the government of Vladimir Putin, willing to demonstrate to the local population that it was more advantageous to be part of the Russian Federation than Ukraine, developed large infrastructure projects on the peninsula.

Among these works, hospitals, new highways, power plants, transmission lines and a 19-kilometer-long bridge connecting the region to mainland Russia were built (and which cost US$ 3.7 billion), in addition to subsidies that amounted to more than US$ 10 billion.

According to Bloomberg, the economy of Crimea, which has about 2.5 million people, grew by 23% in the first five years after annexation.

Another front in this strategy of persuasion was education: a May 2020 report by the Ukrainian Weekly, a newspaper for the Ukrainian community in the United States, revealed that since 2016 Russians had invested more than 100 million rubles (about R$8.8 million) in a program to transform children in the region into “new citizens” and “patriots of Crimea”.

Iryna Sedova, a member of the Crimean Human Rights Group, told the newspaper that the initiative covered seemingly harmless events, competitions, concerts, camps and special classes, but would actually focus on Putin’s “military-patriotic education” in a breach of the terms of the Geneva Convention.

This indoctrination was added to Yunarmia, a youth army that “recruits” children from the age of eight.

Aside from Kremlin spending, the price paid by the local population was not cheap. In the months following the annexation, Russia closed all Ukrainian banks in the region, leaving many people without access to their bank deposits, wages and pensions.

Despite the Kremlin’s investments in energy, Ukraine’s suspension of supplies and attacks by Ukrainian militants on transmission lines that supplied the peninsula led to blackouts over the next few years.

Military tensions and the requirement for a Russian visa have also compromised the tourism sector in Crimea, one of the engines of the local economy, previously fueled by the ease for US and EU citizens (who did not require a visa) to travel to the country. region.

The website Black Sea News reported that in 2019 Crimea received 2.5 million tourists, while before the Russian occupation the average was 4 million a year. At the time of the Soviet Union, there were 8 million tourists a year (the state funded all or part of the vacations of officials and their families on the peninsula). To make matters worse, the sector was later hit hard by the Covid-19 pandemic and the war in Ukraine.

Another severe blow to the local economy was the closing of the North Crimea Canal, which is supplied with water from the Dnieper River, which divides Ukrainian territory in half.

The measure, in retaliation imposed by Ukraine in 2014, compromised irrigated agriculture and led to rationing in urban centers, as it was the region’s main source of supply: before Russian annexation, 85% of the peninsula’s water came from mainland Ukraine.

Right at the beginning of the Ukrainian war, in February of this year, one of Russia’s first actions was to blow up the dam that blocked the canal.

A report by Al Jazeera in Crimea last year showed that inflation, corruption and the Kremlin’s crackdown on dissidents also made many residents who voted in favor of entering Russia in 2014 question whether it was worth it.

With these difficulties, the economic sanctions imposed on Russia and the war itself, a third of respondents polled by Politico in a report produced in May this year said they planned to move to western Europe in the following months.

“The war will go on for a long time. It won’t be a short story and that worries us,” said one.

In August, when Russia suffered major attacks in Crimea, Ukrainian presidential adviser Mykhailo Podolyak wrote on Twitter: “A reminder: Crimea as a normal region represents the Black Sea, mountains, recreation and tourism, but Russian-occupied Crimea represents warehouse explosions and high risk of death for invaders and thieves. Demilitarization in action”.