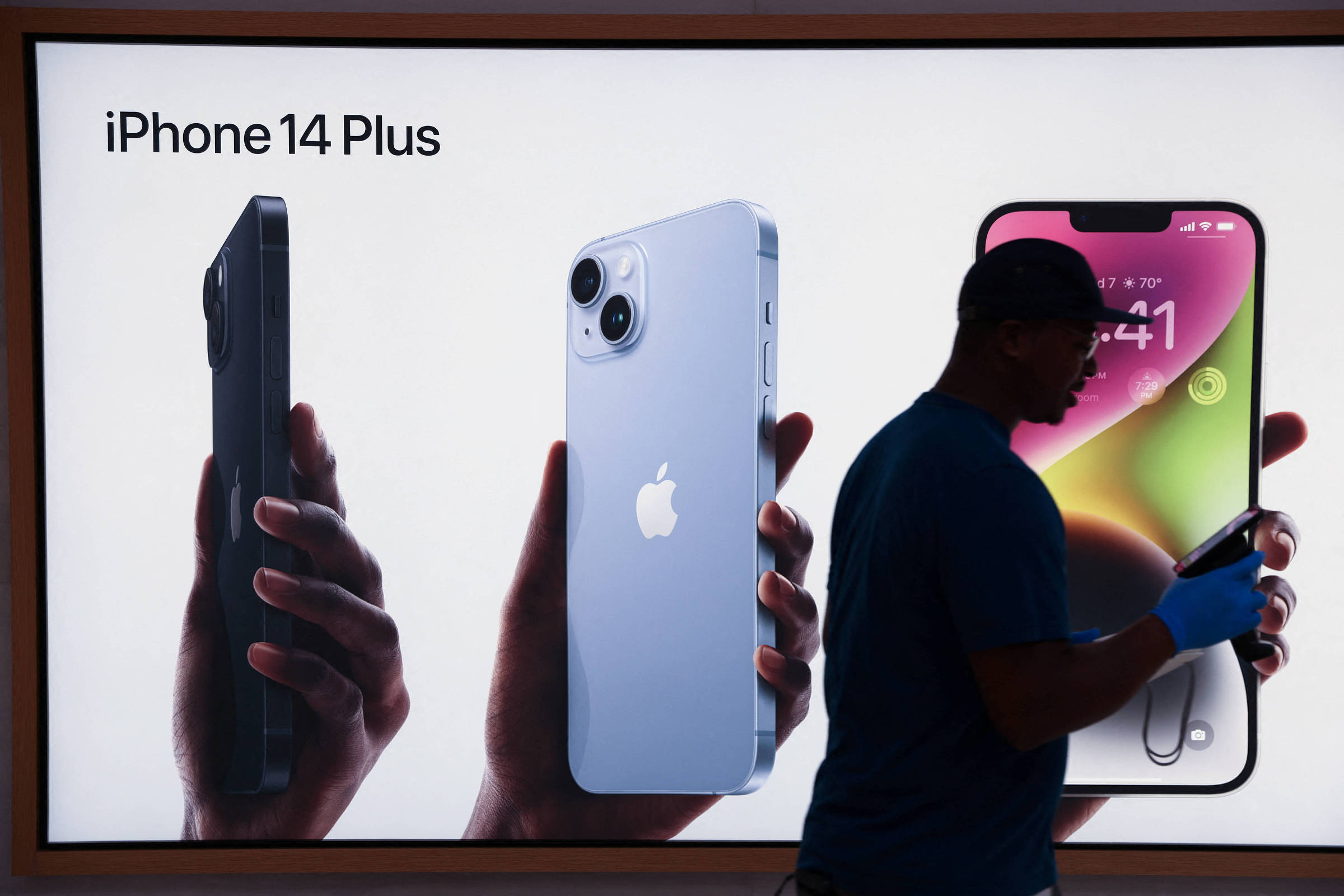 The release date is not the only difference between the iPhone 14 in Brazil and the United States. For now, Apple’s new line of smartphones will arrive in the country with fewer features than abroad.

The new generation will be available here on October 14th, with pre-sales starting this Friday (7th). The line with the company’s new smartphones was announced almost a month ago, on September 7, during the “Far Out” event, and covers the iPhone 14, iPhone 14 Plus, iPhone 14 Pro and iPhone 14 Pro Max.

In the US, the iPhone 14, Pro, and Pro Max have been available since September 16. Plus will begin shipping on October 7th.

The four cell phones will be launched in Brazil without satellite emergency messages and eSIM exclusivity, two features that were highlighted at the September event.

The first feature allows cell phone antennas to connect via satellite to send emergency messages when the user has no cell signal or wi-fi.

As satellites move and operate at lower frequencies, the message takes a few minutes to send, according to Apple. The service will be available in the US and Canada in November and will be free for two years.

iPhone suggests some emergency categories to the user, such as “Vehicle Trouble”, “Illness or Injury”, “Crime”, “Lost or Trapped” and “Fire”. Then the system shows where to point the phone to connect to a satellite.

The chosen category and subsequent messages are relayed to centers with Apple-trained experts able to ask for help on behalf of the user. The functionality even allows sharing the location.

The exclusivity of eSIM on the iPhone 14 is the beginning and end of plastic chips from operators. This technology is integrated into the cell phone’s hardware, allowing a telephone line to be activated remotely, without having to insert anything into the device.

Compatible Apple smartphones allow you to install eight or more eSIMs and use two numbers at the same time.

The option, however, is not new. It is compatible with all iPhones from the XS, released in 2018. The novelty is that this is the first generation of Apple to work only with eSIM. But, only in the United States the iPhone 14 is sold without the chip trays.

Without these two features, the differences between the iPhone 14 and iPhone 13 are even smaller. In terms of hardware, both versions use the A15 Bionic chip, have two 12 MP cameras (wide-angle and ultra-angle) and a battery that lasts about 20 hours playing videos.

The improvement is only more evident in the more expensive models of the line, iPhone 14 Pro and iPhone 14 Pro Max. In addition to having a new chip, the A16 Bionic, they have a system of three cameras (wide-angle, ultra-angle and telephoto) with a resolution of 48 MP and better image processing.

They also have brighter screens and feature a smaller, interactive “fringe” — the part of the screen that’s covered by the front camera.