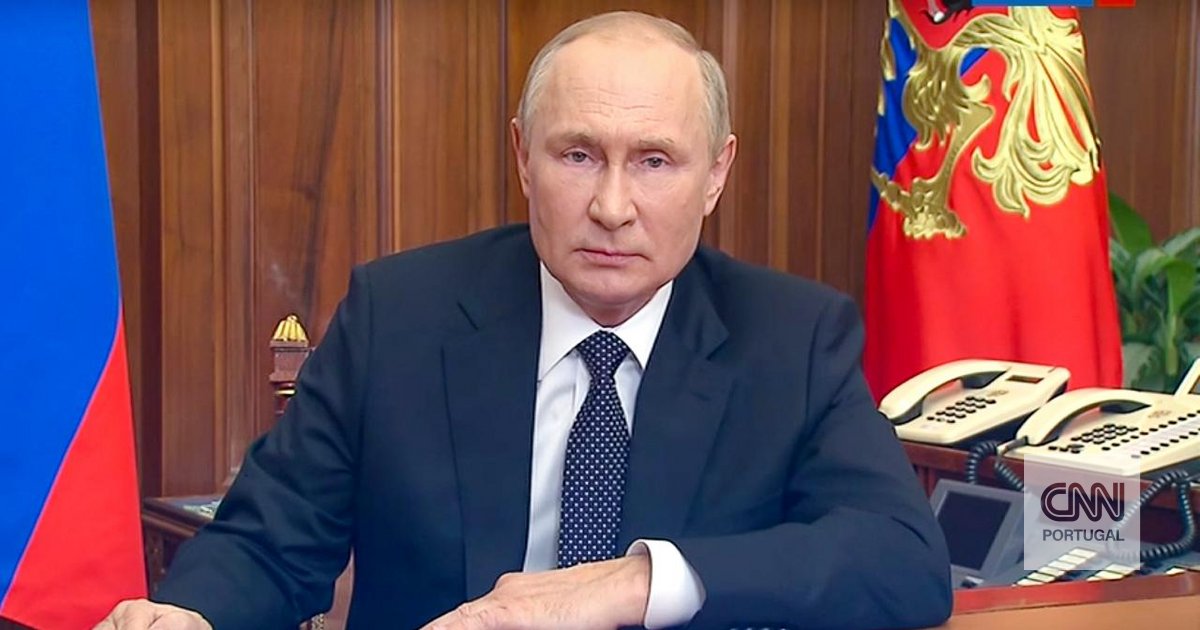 “No country glorifies neo-Nazism, except Ukraine”, says Putin, guaranteeing that he has “a lot of respect” for the Ukrainian people

In a meeting with finalist teachers of Russia’s “Teacher of the Year” competition, broadcast on television, Vladimir Putin again accused Ukraine of being neo-Nazi, saying it is the only country that “glorifies” that ideology.

“Yea, [o neonazismo] it’s all over the world, but I don’t know a single country except Ukraine today, where they are elevated to the rank of national heroes. Yes, there is that in Paris and probably in Moscow there are some neo-Nazis hiding, but we are chasing them, we are fighting them,” Putin said this Wednesday, quoted by RIA Novosti. “Maybe this war would not exist today. if there was no exaltation of those who collaborated with Hitler, if there were no desire to revive this neo-Nazism in our historic territories”.

Putin says that despite Western propaganda, Russians and Ukrainians are treated “equally in Russia”, and that he has “a lot of respect for the Ukrainian people”.

Vladimir Putin also stated that he signed a decree to change some of the rules of partial mobilization decreed on September 21.

One of the changes is, for example, to extend the exemption from participation in the mobilization to students from private universities and some postgraduate students.

In a message to new generations, the Russian president also urged young people to develop a “feeling of belonging to Russia’s destiny”.

“We need to develop and support this sincere sense of responsibility, so that young people understand how they can and should use the knowledge acquired in class for the construction and creation of Russia,” he said.

Previous Rio de Janeiro Secretariat is offering more than 7 thousand vacancies in IT courses
Next After two years in hiding, announcer goes out to dinner and cites ‘dread’