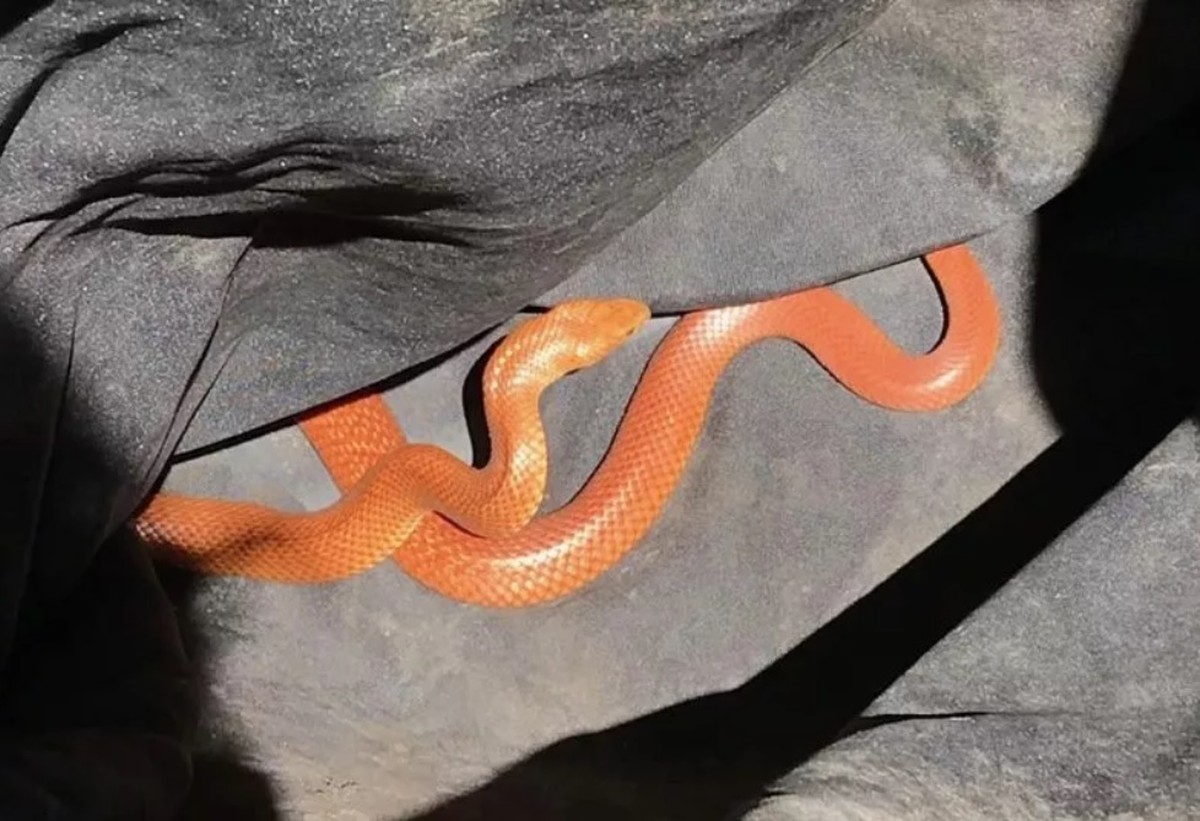 The animal’s catcher, Jake Stinson, who runs Jake’s Reptile Relocations, posted images of the snakes on social media. According to him, this species normally has a brown, red or black hue, and the orange variety is particularly unusual.

“This orange specimen is a perfect example to show that brown snakes come in many different colors and for people not to try to identify a snake based on color. Meeting unique animals, which many enthusiasts like me live their entire lives without encountering, adds a special connection to my work with local wildlife,” Stinson told Newsweek.

As with most elapidae, Brown snake venom is a neurotoxin that progressively paralyzes the nerves in the victim’s heart, lungs and diaphragm, causing the person to suffocate. It also contains a cocktail of other toxins, including powerful pro-clotting agents, which can lead to seizures, cardiac arrest, kidney damage, and bleeding. In the wild, these snakes eat a variety of small animals, including frogs, birds, rats, and mice. In captivity, however, they can even eat each other, especially in cramped conditions.

“If people come into contact with potentially dangerous snakes, it’s important to remember that they want nothing to do with you and their goal is not to be seen. They usually don’t want to be around and encounters usually only happen when they’re passing through,” Stinson said.

Previous Snapdragon 7 Plus Gen 1: Rumor suggests what could change in the chipset CPU
Next Bruce Willis sells image rights to deep fake company