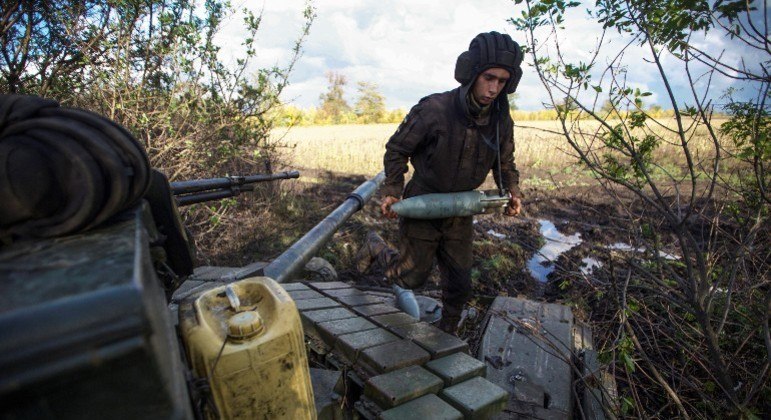 This Wednesday (5), Ukraine claimed military advances in the Lugansk region (in the east), until now almost completely controlled by Russia.

“It is now official. The eviction of the Lugansk region has started. Several cities have already been liberated from the Russian army, and the Ukrainian Armed Forces are flying the Ukrainian flag,” Ukrainian governor of the region Sergei Gaidai said on Telegram.

In recent weeks, the Ukrainian Army has made important advances in the north of the Kherson region (in the south of the country) and recovered almost the entire region of Kharkiv (in the northeast).

On Tuesday (4), Ukrainian President Volodmyr Zelensky said that just this week the country’s troops liberated “dozens of locations” in the four regions that Russia annexed (Lugansk, Donetsk, Kherson and Zaporizhzhia).

At the same time, Russia has promised to reclaim the territories reconquered by Kiev within the Ukrainian regions annexed by Moscow and insisted that these areas will be Russian “forever”.

“These territories will be reclaimed, and we will continue to consult with the (local) population about their desire to live in Russia,” said Kremlin spokesman Dmitry Peskov.

The spokesman was asked about the exact borders of the annexed regions, where Russian forces abandoned some locations after the Ukrainian counteroffensive.

“These territories will forever be Russia’s, they will be recovered,” Peskov insisted.

This Wednesday, Russian President Vladimir Putin signed the law of annexation of the regions of Donetsk, Lugansk (in eastern Ukraine), Kherson and Zaporizhzhia (in the south) as part of the Russian Federation.

The four territories create a crucial land corridor between Russia and the Crimean peninsula, which was annexed by Moscow in 2014. The five regions represent nearly 20% of Ukraine. However, Russian forces do not have full control over Kherson and Zaporizhzhia. Moscow did not say which areas of these regions were annexed.

Previous Overwatch 2 runs at 500+ FPS at 1440p with GeForce RTX 4090
Next Suicide Squad 3 with Will Smith? director responds