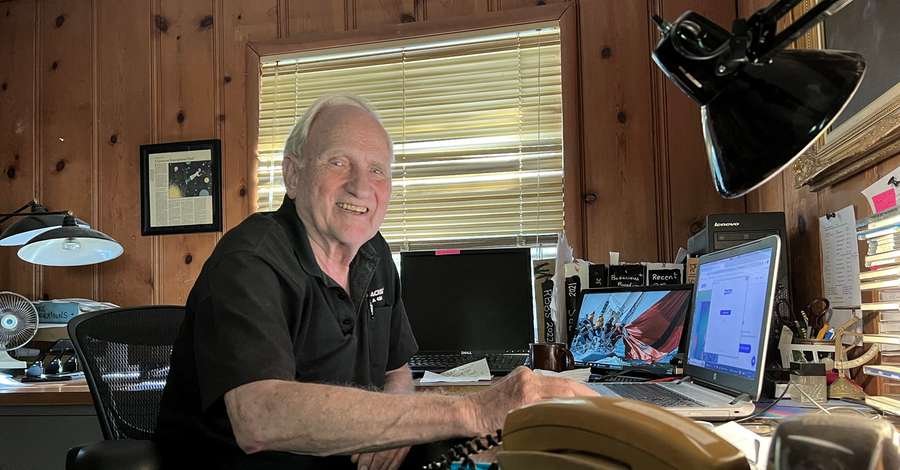 What is “quantum entanglement”, a “terrifying” phenomenon

You Nobel Prize winners in Physics 2022 have spent decades studying a phenomenon from quantum mechanics theory, “quantum entanglement”, which genius Albert Einstein questioned and described as “terrifying”. Even today, many physics graduates fail to understand the phenomenon, says Chris Phillips, a physicist at Imperial College London.

“Entanglement” or “entanglement” is a mechanism in which two quantum particles are perfectly correlated, regardless of the distance between them. For example, a photon (particle of light) that passes through a special glass to give rise to two photons.

These two resulting particles “do not have the same color as the initial one, but are entangled because they came from the same photon”, this scientist explained to AFP. If you measure one of these photons, the other will be instantly affected – no matter how far apart they are.

Chris Phillips found this “extremely strange” phenomenon in his lab, where he works with two entangled photon beams. “If I put my hand on one of these beams, something instantly happens in the other beam across the room: a needle moves” that records the phenomenon, he explained.

This idea of ​​instantaneity baffled Einstein, who had formulated his famous theory of relativity, according to which nothing, whether material or immaterial, even information, can travel faster than the speed of light.

The fact that something can happen simultaneously, even over great distances, invalidates the so-called “locality principle”, according to which something that happens in one place should not affect what happens in a distant place.

In 1935, the father of the theory of relativity even questioned this new “principle of non-locality”, which would suppose a “terrifying effect at a distance”. Einstein believed that there were “hidden variables” that could explain the phenomenon.

In 1964, Northern Irish physicist John Stewart Bell developed a theory to see if these “hidden variables” that so worried Einstein existed. But laboratory experiments were lacking.

“Quantum mechanics resists all possible attacks,” explained Aspect in an interview published by the Nobel Foundation after the award was presented. Aspect declared himself, in this interview, grateful to Einstein, despite his experiences having contradicted the great master. “I like to say that Einstein had the great merit of raising the issue of ‘non-locality'”.

Aspect confessed that after all these years, he still has difficulty accepting the “mental image” of this principle “which is something ‘totally crazy'”. His award-winning colleagues, the Austrian Anton Zeilinger and the American John Clauserm also tested Bell’s theorem and came to the same conclusion: the phenomenon can only be explained with this principle of “non-locality”.

All these investigations paved the way for what is called “the second quantum revolution”. The discoveries of Zeilinger, described as “the pope of quantum”, served to demonstrate the potential of entanglement for encrypted communications or quantum teleportation.

But the great mystery remains, one hundred years after Einstein: why does this phenomenon occur? “We have to be humble about physics,” explains Chris Phillips. “It just exists”.

Previous In Neymar case, Spanish court blocks money from the sale of Kaiky
Next The Handmaid’s Tale 5×05: episode is now available