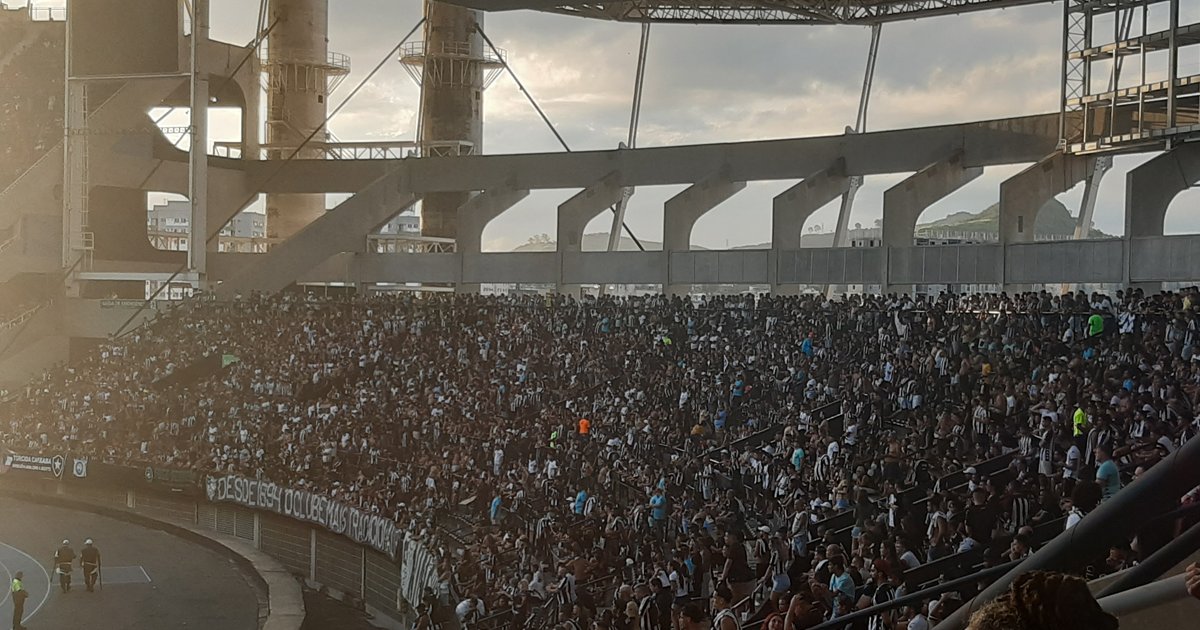 The works in Nilton Santos Stadium to bring the stands closer to the field are still in the plan of ideas and with no forecast for start, but it already stirs the imagination of the fans of the Botafogo. In addition to the major overhaul of the east and west sectors and the relegation of the pitch, a novelty can be implemented behind the goals: they are “cages“, which would occupy the space, currently “leaked”. The information is from Pedro Soares, from the “Glorious Botafogo” channel.

Present at the fraternization of TJB in Florida last Sunday (2/10), Pedro stated in live of StoveNET on Wednesday night (5/10), which John Textor, the majority shareholder of SAF Botafogo, revealed to those present that he can fill the north and south sectors of the stadium as a kind of “cage”. The place would receive commercial establishments, such as shops and restaurants for fans.

– He said he can do like a cage, as if it were a cage behind the goals. Up or down he wants to build restaurants, shopping malls… Do you understand? I think the most correct thing is that he does it on the side of the fields. Behind will depend more on the plans they have there. I don’t know what the final decision will be and such – said Pedro in conversation with journalist Bernardo Gentile.

As for the Olympic athletics track, one of the known impediments for a great work to start, John Textor told the black-and-white, still according to “Glorious Botafogo”, that he will “fight whoever has to fight” to remove it from the location. The entire operation should cost approximately US$ 50 million (about R$ 260 million at the current price) and there is still no start date.

📺 Watch the live in the video below: