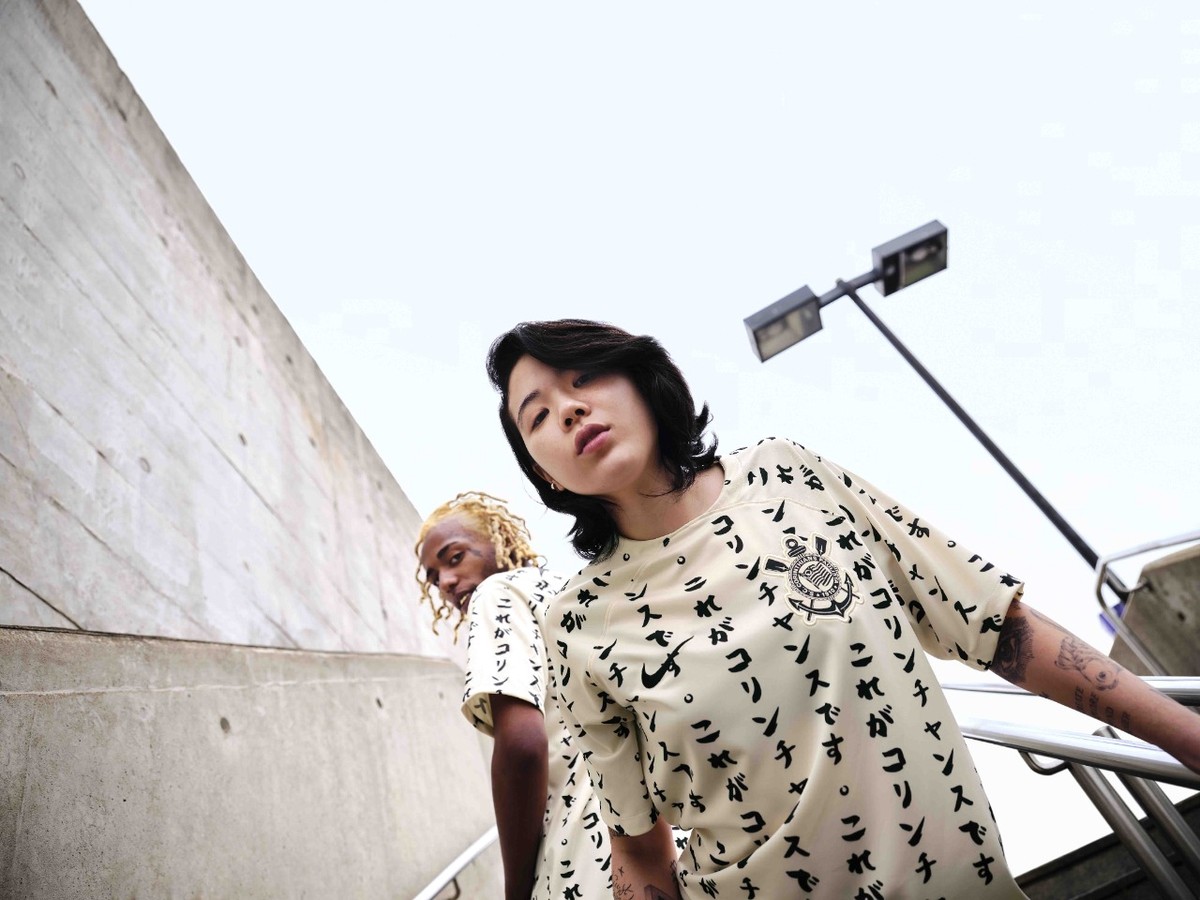 Corinthians launched, this Thursday morning, its new third shirt. The uniform, inspired by the “golden year” of Timão with the conquest of the Club World Cup in 2012, in Japan, was presented at an event at Neo Química Arena.

The shirt (men and women) is sold for R$ 249.99 in the fan version. The price of the children’s model is R$ 229. The collection also includes t-shirts, pants and outerwear.

Check out photos of the new shirt:

The new third kit debuts on Saturday, in a match against Athletico-PR, at Neo Química Arena.

As part of the shirt launch actions, Nike, Corinthians’ sports equipment supplier, took a container to the Neo Química Arena, which can be visited by the public until Saturday. In addition to the uniform, it contains images and items that refer to the conquest of the World Cup.

Duilio Monteiro Alves, president of Corinthians, and José Colagrossi, marketing superintendent of the club, spoke during the launch of the shirt this Thursday:

– It was a historic moment lived ten years ago, and this shirt will be another success, breaking all records. It marks me the conquest, a world title, but also what Fiel did in Japan, the invasion, what they did there. We work with the memory, but also to be able to repeat it – said Duilio.

The event also had the presence of goalkeeper Cássio and left-back Fábio Santos, who participated in winning the World Cup in Japan.

O ge talked to Elcio Y. Yokoyama, a specialist in Shodo, an ancient technique of Japanese calligraphy, to understand what is written on the new Corinthians shirt.

The shirt seems to have a large text, but, in fact, it repeats a single, small and famous phrase, said by every Corinthians fan: “Aqui é Corinthians”. Understand the translation:

Another detail of the shirt is the presence of the Japanese flag inside the collar, at the nape of the neck. The socks, in cream, were customized with the word “Corinthians” in Japanese writing highlighted in black.