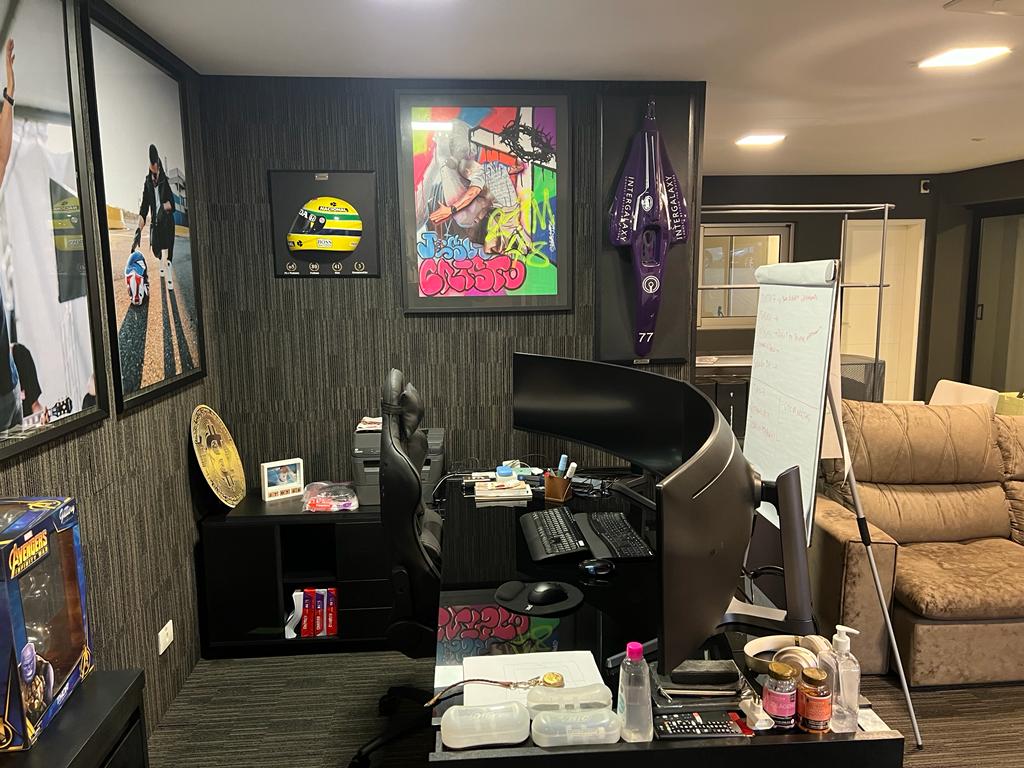 Curitibano who commanded cryptocurrency fraud is targeted by PF

Francisley Valdevino da Silva, from Curitiba, who commanded an organization suspected of practicing cryptocurrency fraud in Brazil and the United States, is the target of Operation Poyais, which was launched this Thursday morning (6) by the Federal Police.

According to the Police, the action seeks to deepen the investigation of crimes against the popular economy and the national financial system, embezzlement, transnational money laundering and criminal organization.

About 100 federal police officers and employees of the Federal Revenue fulfill 20 search and seizure warrants, issued by the 23rd Federal Court of Curitiba. In addition, there was a court order for the seizure of properties and the blocking of values. Court orders are carried out in the cities of Curitiba/PR, São José dos Pinhais/PR, Governador Celso Ramos/SC, Barueri/SP, São José do Rio Preto/SP and Angra dos Reis/RJ.

The investigations against a criminal organization suspected of the practice in Brazil and abroad, since 2016, of crimes of embezzlement and against the financial system, among others, began in March 2022 after receiving, through INTERPOL, information and passive request of international police cooperation of Homeland Security Investigations (HSI), Department of Homeland Security, US Embassy in Brasilia USA.

In January 2022, the US agency informed the Federal Police that an international company operating in the United States of America, as well as its main manager, a Brazilian residing in Curitiba, were being investigated by the El Dorado Task Force (El Dorado Task Force), from HSI New York, for involvement in a multi-million money laundering conspiracy from a cryptocurrency investment pyramid scheme.

In view of the information and the request for international police cooperation, an investigation was initiated in Curitiba on account of suspicions of the occurrence of crimes related to fraud committed in the USA by the Brazilian, notably regarding the transnational laundering of illicit funds received abroad. Initial investigations revealed that the Brazilian had more than one hundred companies listed in Brazil linked to him and, through his business group, he would be harming investors not only abroad, but also in the national territory.

Through coordinated action between the US authorities and the Federal Police, evidence was produced in the United States of America, through international legal cooperation, which helped the Brazilian investigation in order to verify that the investigated person committed fraud not only in the abroad, but also in Brazil and from within the offices of its corporate group established in Curitiba.

The evidence collected abroad was added to the various measures taken by the judicial police as part of the investigation by the Federal Police and motivated the request for judicial measures to cease criminal activity, trace the proceeds of crimes and collect new evidence to elucidate all the facts. criminals.

In Brazil, it was found that the investigated was successful in deceiving thousands of victims who believed in the services he had promised through his companies, which consisted of renting crypto assets with monthly payments that could reach up to 20% of the invested capital. Claiming vast experience in the technology and crypto-assets market, the investigated misled his clients by stating that he had a large team of traders that would carry out investment operations with the leased cryptocurrencies and, thus, generate profit to support the payment of income.

During the investigation, it became evident that the investigated constituted a true criminal organization, including many members of his family who were also employees of their companies, to appropriate the amounts invested, both in reais and in cryptocurrencies, by the victims of fraud.

Simultaneously, it was found that the same criminal organization, with partners abroad, developed similar fraud, but focused on multilevel marketing, in the United States of America and in at least 10 other countries.

Another strategy identified was the creation, by criminals, of their own cryptocurrencies, which were also marketed through the companies and would guarantee payment of extravagant monthly returns. It did not take long to realize that crypto-assets had no backing and had no liquidity in the market, being used solely for the continuation of fraud.

While part of the client’s funds was used to pay monthly salaries, the rest was used by the investigated and the criminal organization for the acquisition of high-value real estate, luxury cars, boats, renovations, designer clothes, jewelry, travel and several others. spending.

After the victims’ resources were squandered, the criminal organization began to delay and soon stopped paying the monthly remuneration contracted by the clients. Likewise, it blocked withdrawal requests. Among the justifications given, he alleged administrative, financial and technical problems. While no concrete solution was presented, the criminal organization continued to enjoy the assets acquired with the victims’ resources.

Investigative investigations revealed that the criminal organization handled, in Brazil, around R$ 4 billion through the official banking system.

The court orders carried out today aim not only at the cessation of criminal activities, but also at elucidating the participation of all those investigated in the crimes under investigation, as well as the traceability of assets to enable, even partially, the repair of the damages caused to the victims.

The Federal Revenue’s participation in searches and seizures, in turn, aims to collect materials and documents that may be useful for ongoing tax procedures to the detriment of the business group, given that there is authorization by the Federal Court to share evidence. with the customs agency.

The report looks for Francisley’s defense. The space is open for demonstrations.

The name of Operation Poyais refers to the great fraud committed in England, in the 19th century, by a Scottish soldier who became rich by selling bonds, through an elaborate advertising campaign, of a country that never existed in the real world.

Similarly, the main investigated in the operation, through elaborate fraudulent procedures, including the creation of several cryptocurrencies, became rich by selling promises of huge profits from services that were never provided.