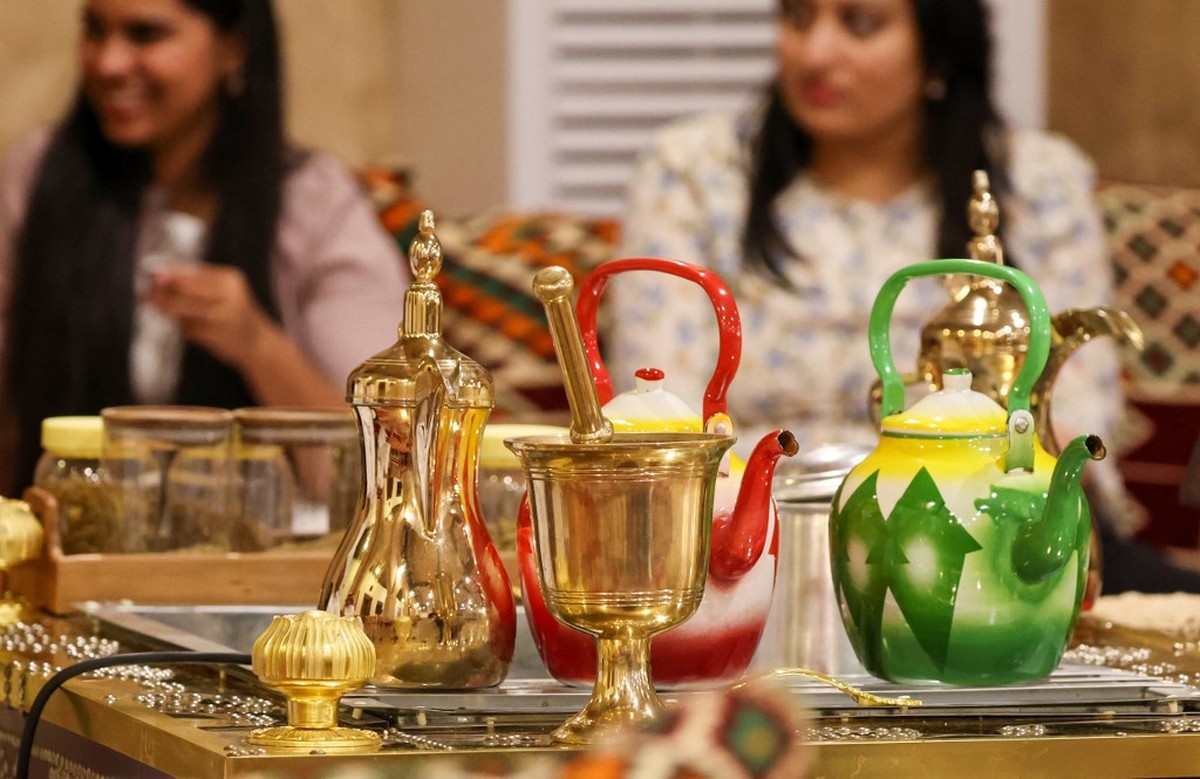 Discover gahwa, a coffee that is a symbol of hospitality in Qatar | World

Whether at home, at work or anywhere else, serving Arabic coffee is a very present tradition in Qatar and its neighbors in the Persian Gulf region, to the point of being considered a symbol of the “hospitality” of the host country of the World Cup. of 2022.

“I didn’t even know there were coffee beans in there. It doesn’t taste like the coffee we know”, is surprised Lanka Perera, a 29-year-old Sinhalese who has lived in Qatar for three years.

The yellowish drink, which has the consistency of tea, has a strong flavor of spices and “is drunk almost every day”, adds Perera. “Our fellow Qataris make us take it every day, but I didn’t know how it was made or where it came from,” he admits after a session dedicated to the famous gahwa at Embrace Doha, an independent cultural center.

The entire ritual of consumption is a gateway to the culture of the emirate. The origin of gahwa dates back at least 600 years, with the introduction of Ethiopian coffee in the region – legend says that the properties of the beans were discovered by a shepherd from Yemen – and continues with the composition of the drink, from beans of roasted and boiled coffee, in addition to cardamom and saffron.

“Italian coffee is very well known, but did you know that it comes from here, from the Arab world? We are very proud of it, because many people consume it. Besides, it’s a great way to start a conversation”, explains Shaima Sherif, general management of Embrace Doha, located in Doha.

In the majlis (reception places and centers of sociability, mainly for men), it is the head of the household who prepares the gahwa for his guests and the drink is offered by the youngest children.

The guideline is that the coffee must be served with the left hand in a traditional coffee maker called “dallah” and divided into small cups called “finjans”, which must be filled to a quarter of their capacity so that the right hand, used to consume the drink. The tasting is also accompanied by dates.

The way to communicate that you are already full is to shake the “finjan”, instead of communicating aloud. This custom is a legacy of the past when deaf people served in the “majlis”, a way to avoid the leakage of political or military matters.

“The coffee symbol is part of our history. In hundreds of years, the country has changed, but coffee hasn’t,” said Sherif.

In 2015, an initiative by the United Arab Emirates, Saudi Arabia, Oman and Qatar made the gahwa accepted as an Intangible Cultural Heritage of Humanity. “Serving Arab coffee is an important aspect of hospitality in Arab societies and is considered a symbol of generosity,” stated UNESCO at the time.