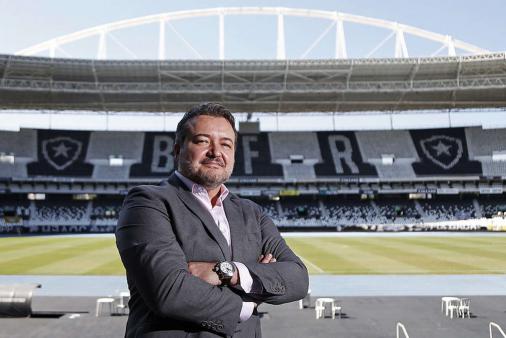 O Botafogo will fight a legal battle with Jorge Braga. The former CEO sued the club after leaving the institution for losing space on John Textor’s SAF organizational chart. O THROW! had access to exclusive documents that show that, as CEO, the executive handed over the best SAF contracts to guarantee payments, harming the club’s other creditors.

As a form of ‘guarantee’ for a possible exit, Jorge left paths in the contracts so that he would have guarantees in values ​​from the SAF and the social club, which currently has little source of income.

In one of the contracts, for example, the former CEO, placed the values ​​of restaurant rentals as guarantees. Today, this is a source of income for the social club controlled by Durcesio Mello, president of Glorioso – who, it is worth mentioning, was responsible for hiring the professional to the club.

Braga also put as guarantees the receipts of the partner-fan program “Camisa 7” and football assets. Currently, Botafogo has more than 43 thousand members and receives considerable amounts. Jorge wants to revert all the figures to himself.

Internally, the gesture bothered people from the SAF and the social club. The perception is that Jorge “has already prepared the ground” for a possible exit aimed at a legal fight. As it was part of Botafogo’s routine, the club believes that the former CEO used privileged information to bring the contracts to himself.

+ Ao L!, coordinator says that Botafogo will observe players in favelas and futsal tournaments: ‘Where there is football, we will have scouts’

Botafogo is presenting a defense against Jorge Braga’s actions and studying the appropriate measures against the executive. The club obviously understands that it cannot afford to lose sources of income for the former CEO.