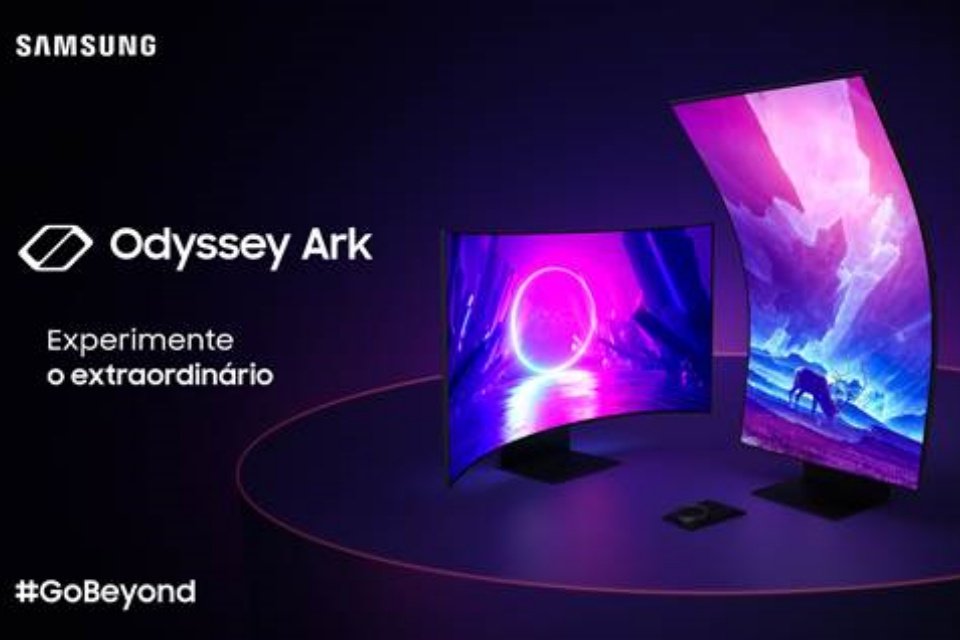 At BGS 2022, Samsung spoke extensively about its gaming products that visitors to the fair will be able to enjoy during the event. However, the big news was the announcement of the arrival of the Samsung Odyssey Arka new 55-inch curved monitor with smart features and several gaming features: the display arrives in November for R$ 21,499.

Currently, the Odyssey Ark is the brand’s top-of-the-line model, but it wasn’t in national territory. According to the company, the monitor is scheduled for November, but the pre-sale starts today, October 6th (and whoever makes the purchase until October 31st, takes a Logitech gamer kit with keyboard, mouse, mousepad and headset. ). 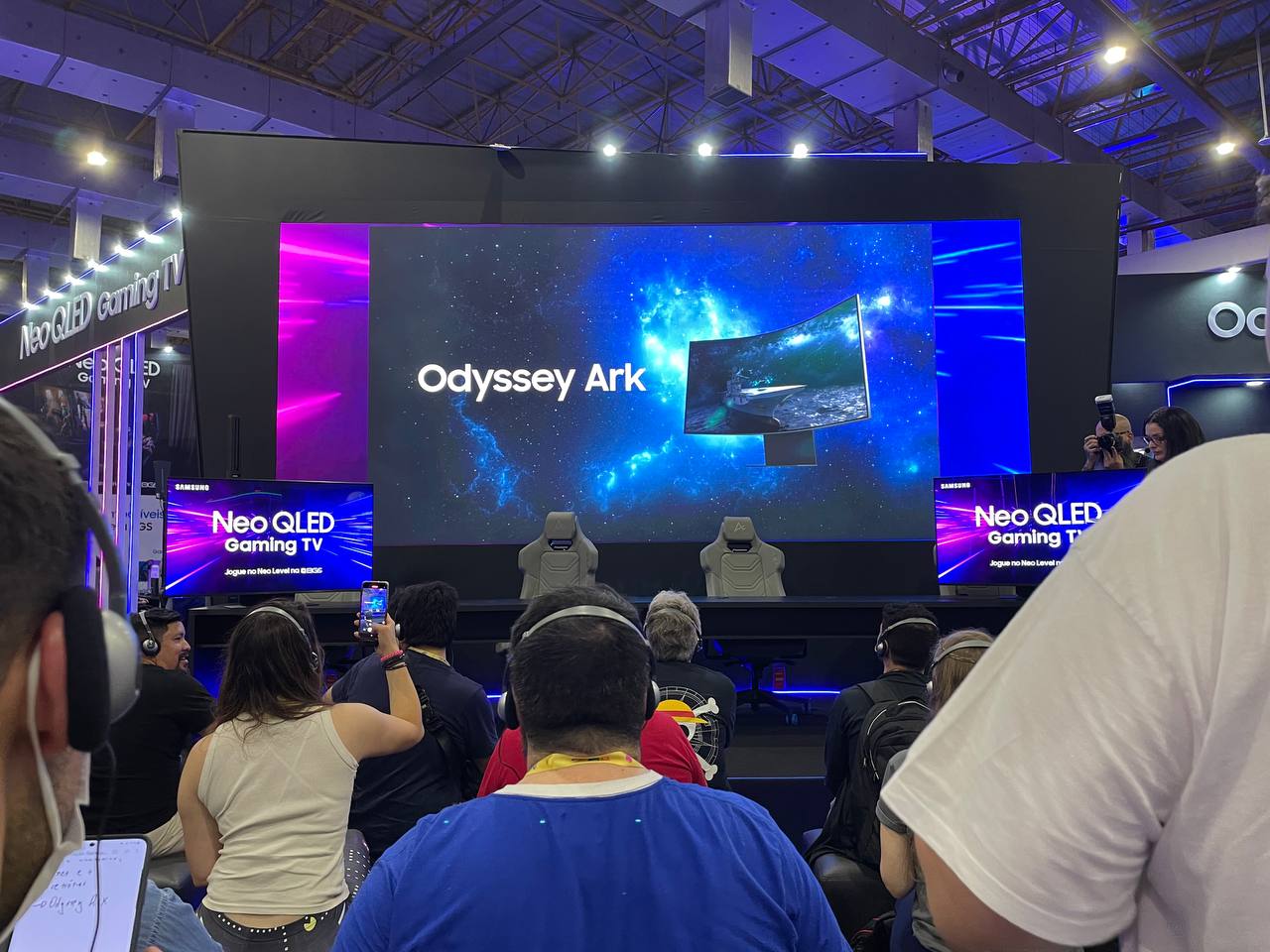 For those unfamiliar with the new model of the Odyssey line, it is a gigantic 4K, 55-inch monitor with a 165 Hz refresh rate, HDR 10+, 1 ms response time and a QLED screen. However, the features that stand out are that the panel is curved, with 1000R, and can be used both horizontally and vertically, in the so-called “cockpit mode”, which supports the division of up to 3 different sections for multitasking. 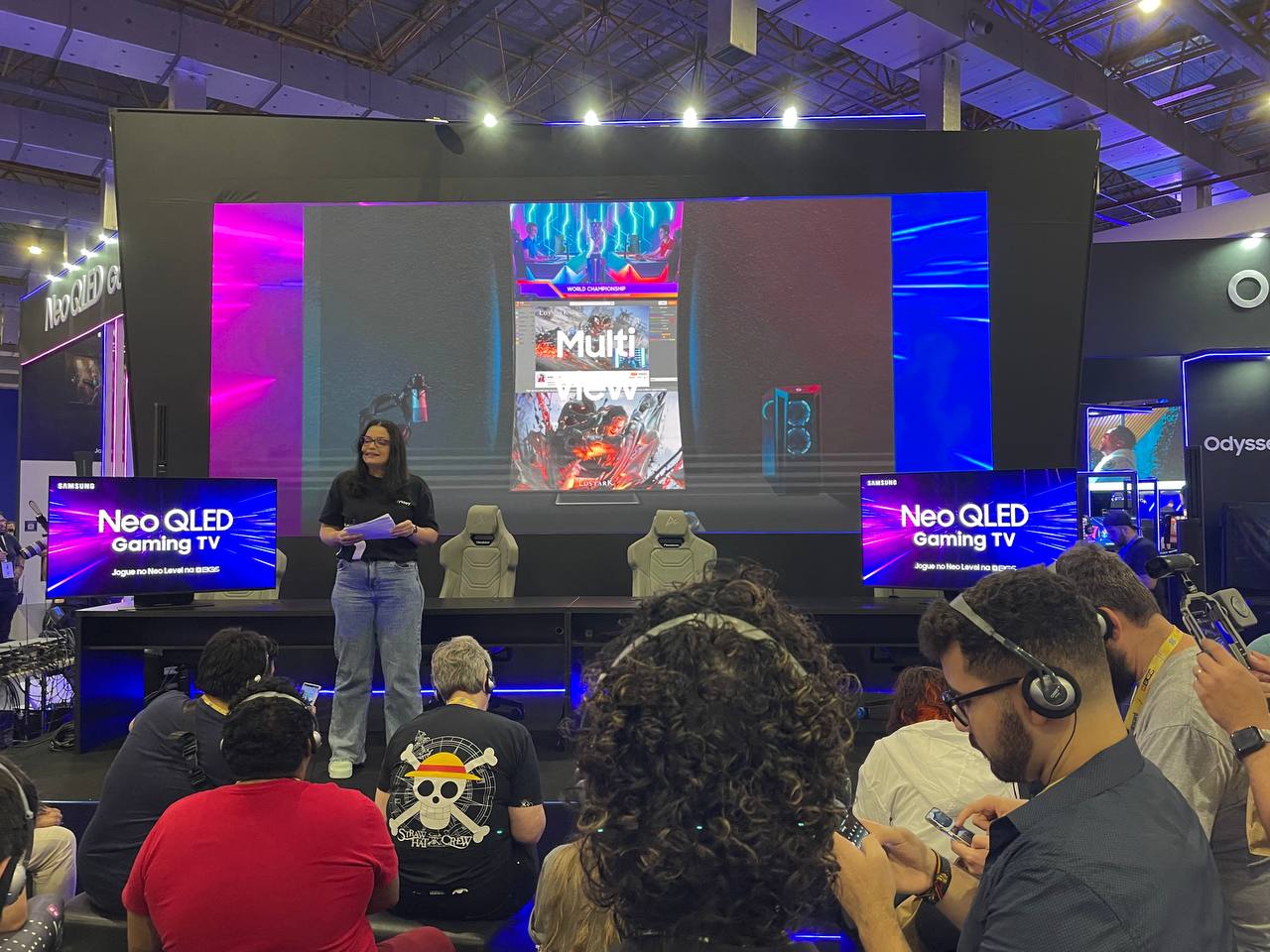 The Odyssey Ark also tops Samsung’s line of smart monitors, that is: you have functions similar to those of Smart TV, such as apps and even support for xCloud, the Xbox cloud service. In addition, the monitor is equipped with neural technology to upscale images.

Finally, the monitor also has a special control that allows you to use the device in 16:9, 21:9 and 32:9 mode, with a dial that fine-tunes the screen.

The Samsung Odyssey Ark arrives in Brazil in November, still without a specific date, for R$ 21,499.