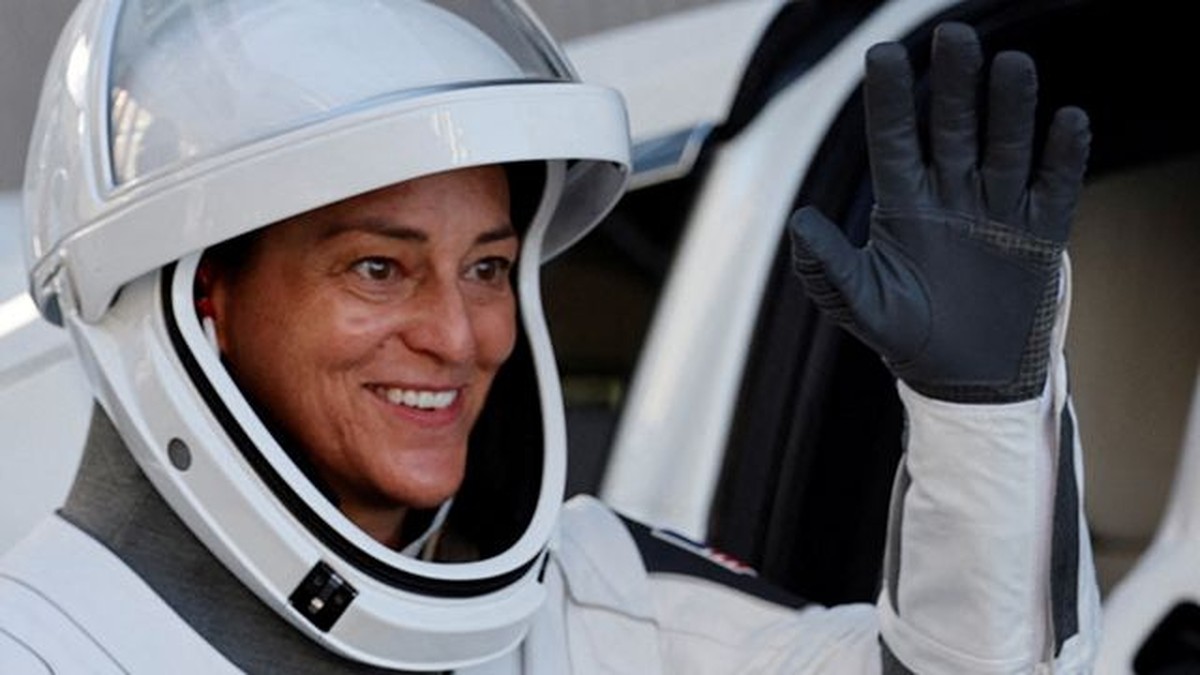 Who is Nicole Mann, the first indigenous woman to go into space | Science

Astronauts have to abide by strict weight rules regarding what they take on their space travels — mission equipment leaves little room for personal items.

But Nicole Aunapu Mann, 45, didn’t have to think too much about packing her 1.3kg luggage: the item she really wanted to accompany her on her voyage into space was a symbol of her indigenous heritage.

The former US Navy test pilot this week became the first Native American woman to go into space.

She is one of four astronauts on NASA’s Crew-5 mission, the American space agency, which was launched on Wednesday (10/05) from Florida, bound for the International Space Station (ISS).

As a tribute to her Wailacki people, she brought a dream catcher — an indigenous amulet she got from her mother, Victoria, when she was a child — to remember her family.

“It will be a little piece of my family that I will take with me along this journey,” the astronaut told the BBC before boarding.

They are expected to spend six months aboard the ISS.

Mann could also achieve another great pioneering feat: she is one of the astronauts in the Artemis Program, which aims to land the first woman and first black person on the moon by 2026.

Mann is a decorated military pilot, — Photo: NASA via BBC

“It’s very emotional,” she told the BBC of her historic flight.

“I really hope this mission inspires Native American children to follow their dreams and realize that some of these barriers that exist or used to exist are being broken down.”

The first Native American man to go into space was John Bennett Herrington of the Chickasaw people, who flew aboard the Space Shuttle Endeavor twenty years ago.

On his 13-day trip to space in 2002, he took with him the Chickasaw flag and a traditional flute.

She became a colonel in the Marine Corps, piloting several fighter planes. And she was seconded twice to aircraft carriers in support of combat operations in Iraq and Afghanistan, receiving six medals for her service to the US Armed Forces.

She is also a member of the Artemis Program astronaut group. — Photo: NASA via BBC

This mission is Mann’s first spaceflight since she completed her astronaut training in 2015.

She is one of eight members of NASA’s 21st astronaut class, formed for space station operations and possible future missions to the Moon and Mars.

On the International Space Station, the team will conduct 250 scientific experiments that NASA says will help benefit life on Earth and prepare for human exploration beyond the planet.

Their first week will be dedicated to transitioning with the Crew 4 mission, which will return to Earth on October 12.

Among the returning astronauts is Samantha Cristoforetti, the first European female commander of the International Space Station.

The International Space Station orbits around the Earth at an altitude of just over 400 km. — Photo: NASA via BBC

– This text was published at https://www.bbc.com/portuguese/internacional-63148002

Previous Cryptos Today: Bitcoin Sustains Highs of $20K Amid Explosion of Leveraged Positions to $9B
Next Alice Braga joins the cast of Dark Matter, new series on Apple TV+