At least 10 people died in an avalanche on Tuesday (4) in the Himalayas and 18 remain missing, according to an updated balance sheet released this Wednesday (5) by Indian police. 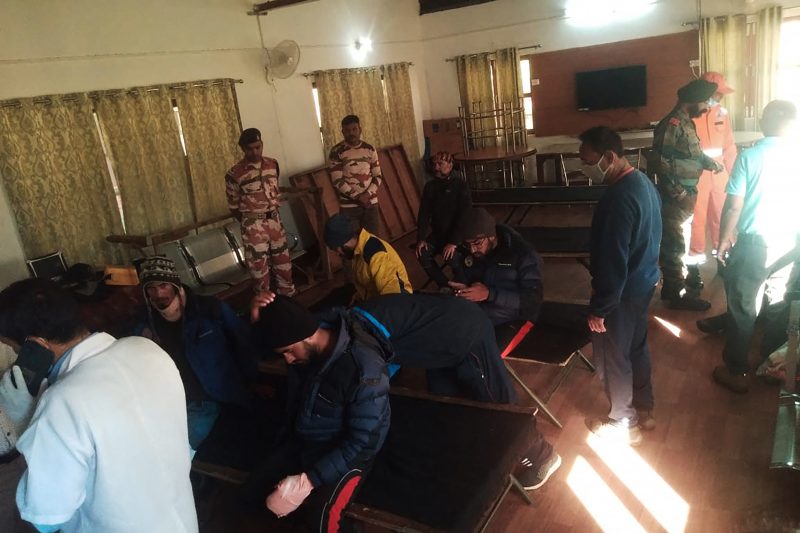 Rescued people receive care after being transported by plane during a rescue operation – Photo: AFP/Disclosure/ND

Uttarakhand Chief Minister Pushkar Singh Dhami confirmed on Twitter that veteran climber Savita Kanswal, a member of the instructor team, was among the dead. Earlier this year, she topped Everest and the nearby Mount Makulu in just 26 days, a women’s record.

The avalanche happened on Tuesday morning near the summit of Draupadi ka Danda-II mountain, at 4,880 meters altitude, in the state of Uttarakhand.

The group hit by the avalanche consisted of 34 interns, seven instructors and a nursing assistant from the Nehru Institute of Mountaineering.

Rescue operations were suspended overnight due to rain and blizzards in the region, but resumed during the morning.

Police footage shows the arrival of some survivors on foot into the city, escorted by officers.

Dhami said the government would provide financial assistance to people injured in the avalanche and the victims’ families.

Two Air Force helicopters were sent to the site of the avalanche to help with the search, disaster management official Devendra Singh Patwal told AFP.

Ridhim Aggarwal, a spokesman for the National Disaster Agency, said the climbers were trapped in a crevasse following the avalanche.

In August, the body of a climber was found two months after he fell into a crevasse while crossing a glacier in Himachal Pradesh, another northern Indian state.

Last week, the body of famous American climber and skier Hilaree Nelson, 49, was found on the slopes of Manaslu, a Nepalese mountain. Her disappearance was reported while she was skiing on the eighth highest peak on the planet.