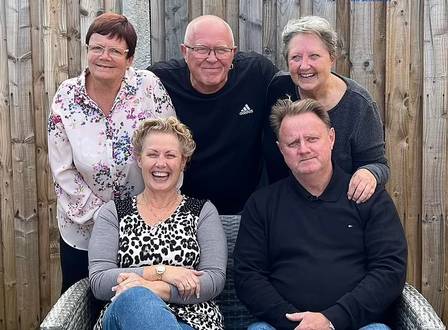 a woman who was stolen from her family in the UK when she was just 4 years old and was created by hikers in Canada, New Zealand and Australia, reunited with his biological family after 53 years.

Susan Gervaise, 57, was taken from her biological family in Pontefract (West Yorkshire, England) in 1969 after travelers invited her to go on vacation to a Disney theme park. She spent most of her time, together with her brothers, in a religious shelter. Contact with the biological mother was not frequent and there was no information about the father. It was at the shelter that Susan met the couple that would drastically change her life.

“I think they wanted a girl”she said, according to the “Daily Mail”.

The “nice” couple, originally from Scotland, asked Susan’s biological mother if the girl could accompany them on the trip and promised to return her to England later.

the wanderers, who received a copy of their birth certificate in order to traveltook Susan to Canada, then to Australia, and then to New Zealand. The couple raised her as their own daughter..

Susan, who was born Susan Preece, said that believed that her biological family had disowned her, a version supported by her “adoptive parents”.

She didn’t know she had been robbed until she was 16 and didn’t connect with her biological family until 53 years after her disappearance. Susan, after track his biological relatives on Facebook, has now reunited with four of his six siblings in West Yorkshire.

Susan’s “foster mother” died when she was 10 years old. At 16, because of a problem with Susan’s passport, the “adoptive father” decided to tell her that she had been stolen. He died when Susan was 21.

“I was very much loved by the traveling community”declared.

The English biological country is also dead. On “coming home” she visited her mother’s grave.

Married with three children, Susan now wants to show others that there is hope for missing children.

“When I spoke to my family, they cried a lot because I was alive. It’s a message of hope to anyone who has lost someone, miracles happen”she said.

On social media, many netizens said that Susan’s story can give Hope to Madeleine McCann’s Parents, the British girl who disappeared on May 3, 2007 while on vacation in Portugal. She was only 3 years old at the time.