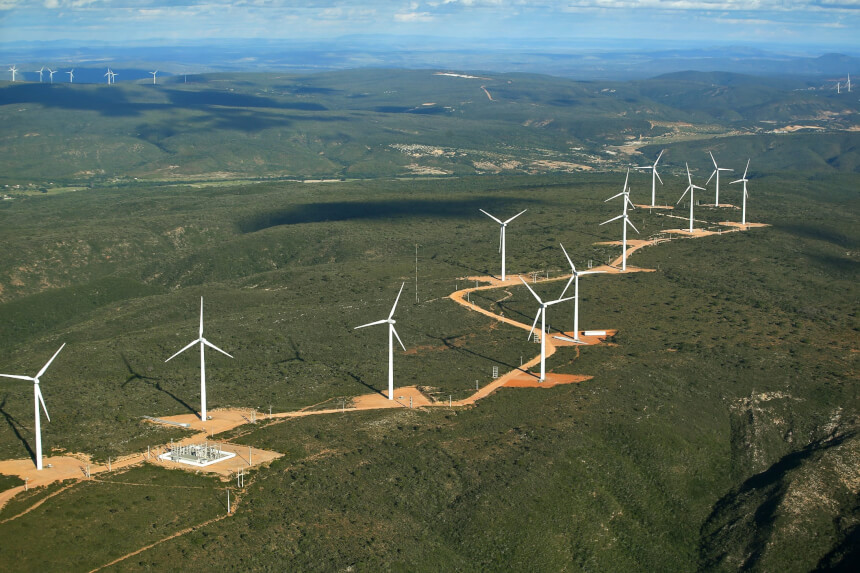 Copel purchased two wind farms from EDP Renováveis ​​in a transaction that adds 260 MW to its generation capacity and creates operational synergies with the company’s portfolio.

The two assets, located in Rio Grande do Norte, were evaluated in a enterprise value of R$1.8 billion – R$965 million in equity and the remainder in long-term debt with BNB at low cost (IPCA + 2% on average).

The two complexes are Santa Rosa & Mundo Novo (155 MW of capacity in five parks) and Aventura (105 MW in four parks).

Aventura is less than 30 kilometers from another Copel wind farm (Jandaíra), which should generate relevant synergies, CEO Daniel Slaviero said in a call with analysts earlier today.

“It’s a pretty big operational synergy and a differentiating factor when we look at the asset,” he said.

Copel is estimating a dilution of fixed costs of R$3 million per year and an O&M (operations and maintenance) benefit of R$6.3 million/year.

The acquisition is part of Copel’s strategy to grow in wind and solar energy, diversifying its sources beyond hydraulic generation. Today, non-hydraulic renewable sources already account for 17% of the company’s capacity, and the goal is to reach 25% in about three years.

Copel has a total capacity of 6.4 GW, of which 1.1 GW comes from wind sources (considering the assets purchased today).

The CEO said the acquisition was made at a real “double-digit” internal rate of return (IRR), and that it will generate “a lot of value” for the company.

Considering an unleveraged acquisition and no tax credit, BTG calculated an IRR of 10.3% – “in line with Copel’s guidance and above the 9.2% IRR that the company trades today on the Stock Exchange.”

This IRR, however, should be higher – as the company said it intends to leverage the holding to pay the equity portion. According to the CEO, the structure will vary depending on the company’s cash condition at the time of closingbut the debt portion must be between 50% and 100%.

In the call with analysts, the CEO of Copel said that he is in negotiations for other M&As in generation and that he is also studying participating in the next transmission line auctions.

For EDP Renováveis, the sale is part of its capital rotation strategy. Last year, the Portuguese company said it intends to sell € 8 billion and use these proceeds to finance the construction of other assets.

Previous With one game less, São Paulo is in the fight for Libertadores; simulate results | Sao Paulo
Next TAAG guarantees operations during severe and will resort to rentals