Striker is target of Spanish football

One of the main news involving Brazilian football this week was about Sevilla’s interest in Flamengo’s forward Gabigol. It all started, according to the Spanish press, after the arrival of Sampaoli.

However, Flamengo has no intention of selling its top scorer. Recently, Marcos Braz even stressed that the player’s fine is more than 30 million euros and that it must be paid in cash, so that there is some negotiation.

Sevilla, of course, cannot reach these parameters and, therefore, can use other strategies. One of them, according to the VamosMiSevilla portal, could be to involve a player in the negotiations, with a candidate already emerging.

Montiel has already been targeted by Fla

The name could be the right-back Gonzalo Montiel who, in the last window, was a strong target for Flamengo. Sevilla are considering releasing him for around 10 million euros, in addition to the fact that, with the Argentinian’s departure, another foreign vacancy would open up in the Spanish team.

However, it is highly unlikely that Flamengo is interested in the player at this point. That’s because, even with Rodinei’s imminent departure, the club closed, in the last window, with the Uruguayan Guillermo Varela. Matheuzinho is the other option.

Previous A Christmas Crush: Lindsay Lohan recalls ‘Mean Girls’ in the PERFECT trailer for Netflix’s new romantic comedy; watch
Next ‘I didn’t have the strength to bury my starving daughter’ | World 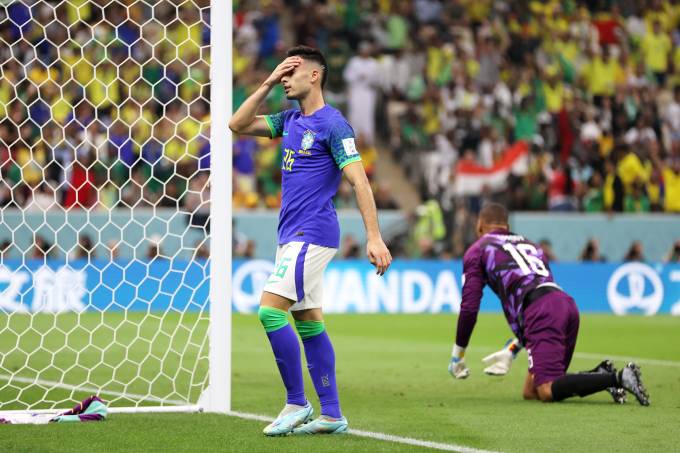 In an official note published this afternoon (2), Vasco reported that “it will not sign …