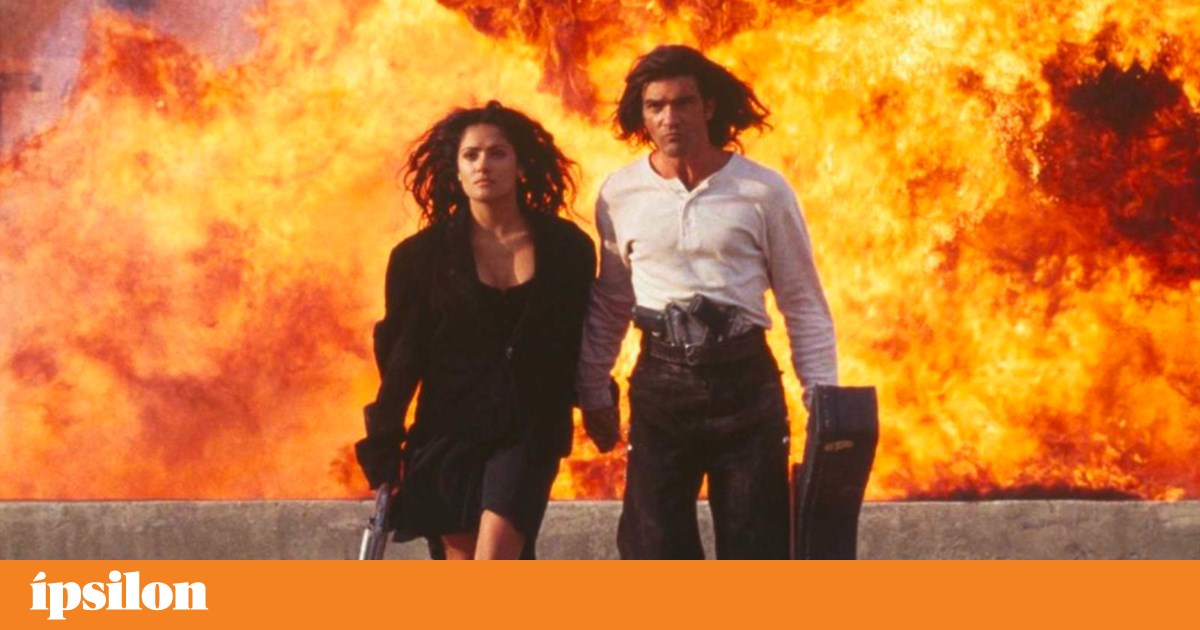 Friday on TV: action without limits, before we go “Flying with the Condors” | TV

The Hunger Games: The Hunger Games
Fox Movies, 9:24 am
Marathon with the four films based on the best sellers by Suzanne Collins, a dystopian fiction set in a post-apocalyptic future, where a totalitarian government subjugates 12 boroughs. Katniss Everdeen (Jennifer Lawrence) emerges as a heroine by winning a barbaric “fun” in which teenagers from all districts have to fight for their lives. In the second movie, On fire (at 11:36 am), is forced into a special edition of the games, now that it has become a symbol of resistance. In the following, The Revolt – Part 1 (1:49 pm) and Part 2 (15:43), assumes himself as leader.

Justice League
Hollywood, 7:35 pm
Batman and Wonder Woman team up with Flash, Aquaman and Cyborg to form the Justice League. Together, they will defend Earth from the villainous Steppenwolf, leader of Darkseid’s alien forces. With a screenplay by Chris Terrio and Joss Whedon, Zack Snyder’s film is based on some of the most important characters from DC Comics and features Ben Affleck, Gal Gadot, Henry Cavill, Amy Adams, Ezra Miller, Jason Momoa, Ray Fisher, Jeremy Irons, Diane Lane, Connie Nielsen and JK Simmons in the cast.

desperate
AXN, 10pm
sequel/remake in El Mariachi (1992), this time with Antonio Banderas in the role of the vigilante musician and a millionaire budget, but with the same Robert Rodriguez in charge. The Spaniard (newcomer to Hollywood) stars with Salma Hayek, ex-girlfriend of the criminal he is chasing (a role given to the Portuguese Joaquim de Almeida after Raul Julia withdrew from the project for health reasons). The film also stands out for its gory special effects and cameos from Quentin Tarantino and Steve Buscemi.

Web of Corruption
AMC, 10:10 pm
London, 2012. Boxer Liam McDonagh has just been released after several years of serving time. Committed to starting over from scratch, what he really wants now is to return home and reconnect with his family. But when he discovers that his brother has become involved with a group of mobsters linked to real estate, he realizes that he will have to put aside his hopes for a new life. One thriller action based on real events, directed by Ron Scalpello (Young Offenders, Pressure) and argument by Nick Moorcroft. Brothers Sam and Joe Claflin assume the main characters; Timothy Spall, Hugh Bonneville and Noel Clarke join the cast.

Maggie
Fox Comedy, 8:40 pm
How do you navigate life when you already know what is going to happen? How can a person surrender to a new love knowing what awaits him in the end? All these questions and more are posed to Maggie, a woman who has the gift – or the curse? – to be able to predict the future. She is the protagonist of sitcom which premieres today on Fox Comedy, with double episodes every Friday. Rebecca Rittenhouse brings the main character to life in this series created by Justin Adler and Maggie Mull, originally produced for Hulu and limited to one season.

Fly with the Condors
RTP2, 16:09
This documentary, directed by Richard Matthews and authored by Joe Kennedy, offers an attentive and unique perspective of the impressive condor, master of flight and king of the Andes, a mythical symbol of the superiority of the spirit and the hope of enlightenment. Judy Leden, an English female world champion in hang gliding and paragliding, “intends to fly alongside these gigantic birds and gather information about the little-known life of the condor”, announces the synopsis, capturing a filmic record “that reveals first hand the fantastic feeling of being – literally – as free as a bird.”

Mega-Bridges: Crossing the Void
RTP2, 20:37
Bridges are the answer to a central challenge in human history — to dominate the land and bring people together — occupying a special place in the history of engineering. This documentary, written and directed by Alex Gary, focuses on three imposing bridges in the south of France, built in three different periods and with three different civil engineering records: the ancient Gard bridge, the Garabit viaduct (by Eiffel) and the more recent Millau viaduct.