With just over two years of existence and membership of the São Paulo Football Federation (FPF), the Ibrachina has drawn attention in the grassroots championships in São Paulo, beating Corinthians, São Paulo, Palmeiras and Santos. Peixe, by the way, was thrashed by the São Paulo team last Thursday by the state Under-20.

Created from a social project, the club has the ambition to be one of the biggest revealers of players in Brazil and to migrate to professional football.

Headquartered in the neighborhood of Mooca, in São Paulo, home of the traditional Juventus, Ibrachina has a structure that serves young people in the under-15, under-17 and under-20 categories, as well as children from the communities of Heliópolis and São Mateus (see Ibrachina installations in the video below).

The club’s president is businessman Henrique Law, son of the couple Law Kin Chong and Miriam Law, currently investigated in the CPI on Piracy, conducted by the São Paulo City Council, which investigates the irregular sale and smuggling of products in popular commerce in São Paulo. , located in the areas of Rua 25 de Março, Brás and Pari. 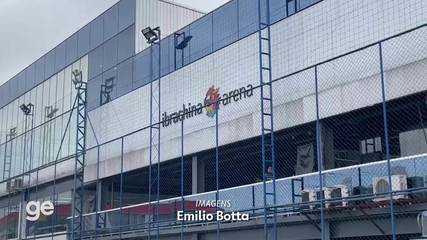 Get to know Ibrachina, a club created two years ago that has bothered the greats at the base of SP

Henrique’s brother, Thomas Law, presides over the sociocultural institute that goes by the same name and is dedicated to promoting and integrating the cultures and peoples of Brazil, China and other Portuguese-speaking countries.

– We started to identify many talents with the boys we work in Heliópolis and São Mateus, so we decided to create a training club. The name came about through the Instituto Brasil China, which was created through me and my brother, Thomaz, with the aim of disseminating Chinese culture issues – explained Henrique Law, president of Ibrachina.

Club was born during the pandemic

The Ibrachina project started in parallel with restrictions around the world due to the Covid-19 pandemic. Following protocols and maintaining sieves to search for talent, the club benefited from a scenario of uncertainty that dominated Brazilian grassroots football between 2020 and much of 2021.

As many clubs paralyzed activities due to restrictions and the absence of base championships, Ibrachina managed to attract many players who until then played in clubs such as Portuguesa, São Caetano, São Bernardo and even Palmeiras.

The arrival of these players and the maintenance of the club’s activity were crucial for Ibrachina to achieve good results on the field, even with little time of activity.

The club’s mascots are the macaw and the dragon, representing the cultures of Brazil and China, respectively.

Despite the short time of existence, Ibrachina has collected important results in the under-15, under-17 and under-20 categories of the Paulista Championship, in addition to a good performance in its first participation in the traditional Copa São Paulo de Futebol Jr, in 2022.

Debuting in the biggest grassroots championship in Brazilian football, the club had a good campaign in the group stage and fell in the first knockout stage, being eliminated by Oeste on penalties without being defeated. There were four games, with three wins, one draw, nine goals scored and only two conceded. 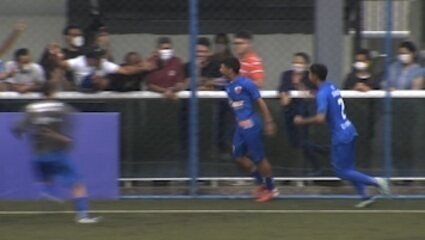 The good performance in Copinha is reflected in the Paulista Sub-20, one of the most disputed in the country. In the quarterfinals, Ibrachina thrashed Santos 4-1 and went ahead for a spot in the semi. Palmeiras, Corinthians, São Paulo, Portuguesa, Ponte Preta and Ferroviária continue in the dispute, traditionally strong teams at the base.

Ibrachina took an even more important step in Paulista Sub-17. In search of a spot in the semifinals, the team defeated Palmeiras by 2 to 1, playing in Mooca, being one draw away from guaranteeing itself among the four best teams in the category. In the final stretch of the first phase, they beat Corinthians, away from home, guaranteeing the classification and eliminating the state rival.

In the U-15 state, the performance is also good: the “Dragão da Mooca”, nickname of Ibrachina, is in the quarterfinals against São Paulo, but at a disadvantage in the fight for a spot in the semifinals after a 1-0 defeat in the match going. Corinthians, Palmeiras, Santos, Novorizontino, Desportivo Brasil and Bragantino are the other teams in the dispute.

Ibrachina begins to reap the rewards of good performances at the base. Recently, the club negotiated players with Corinthians, Atlético-MG, Palmeiras, Ceará and Flamengo.

Striker Riquelme signed a three-year contract with Palmeiras, being considered one of the most promising players trained at the club. The side Daniel and the midfielder Gabriel Santini closed with Flamengo, while the defender Renan is at the base of Atlético-MG.

The club seeks to expand its funding and also establish an exchange partnership with Chinese football. Currently, it has two Bolivian players in the under-20 squad.

The investment in the construction of an arena and the entire structure that makes up the Ibrachina training center were not specified by President Henrique Law.

The man in charge of the club has a family linked to the popular commerce of one of the largest shopping centers in the world, in the region of Rua 25 de Março, in São Paulo. His father, Law Kin Chong, was arrested twice by the Federal Police, being identified as one of the biggest smugglers in Brazil.

Law Kin Chong and Miriam Law, Henrique’s mother, according to information from the Piracy CPI*, would be owners or managers of 27 popular shopping malls in the capital, which are within the scope of the Commission’s investigations. They must testify as witnesses.

Born in Hong Kong, Law Kin Chong was imprisoned between 2004 and 2007 for active corruption, according to the Federal Police. In 2008, he was arrested once again, this time for the crimes of smuggling and embezzlement. The arrest came shortly after one of his ventures was fined more than R$2 million by the city of São Paulo.

Henrique Law denies that his parents have any connection with the project and that the money invested comes from the family’s business, which owns the Empório Daruma store, the club’s master sponsor.

– The question of investment is relative. We work hard to achieve a positive result with the performance of the boys, but this is an issue that we can assess a little better with this return that we are imagining.

– No, no (about the father’s participation in the club). That would just be my thing,” Law explained.

*The Piracy CPI aims to analyze and investigate tax evasion, evasion, piracy and counterfeiting in the city of São Paulo. In addition to inspecting the commercialization of pirated products in the capital of São Paulo, the Commission will also investigate companies for alleged tax evasion. The work of the CPI (Parliamentary Commission of Inquiry) on Piracy has been officially extended until March 8, 2023.

Currently, Ibrachina concentrates its investments and focus on grassroots football. The entry into the professional is something that should happen naturally, as the club aims to compete in national competitions, needing to rank in the CBF and be playing in a professional division.

If they decide to enter professional football, Ibrachina would start in the fourth and last division of Paulista, a competition that has an age limit of 23 years. That is, the project would be more viable for the team that works with the under-20 category, being able to use players above the age limit to compete in the state.

– Today, we are only a training club. Of course, in the future we want to take a little higher flight and we are aiming to become professional – projected Law.