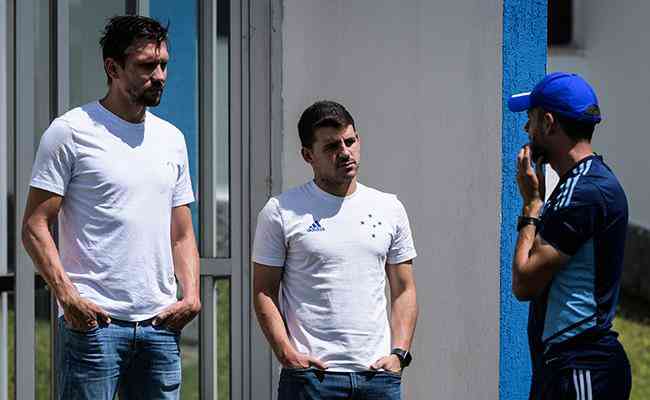 Champion of Serie B in advance and with a guaranteed return to the elite of Brazilian football in 2023, Cruzeiro begins to plan, more effectively, for the next season.

Although it has five more matches for the Second Division, the club takes advantage of the final months of 2022 to make important decisions. Strategy director of the Sociedade Anima do Futebol (SAF) do Cruzeiro, former defender Paulo Andr was in Belo Horizonte in recent days.

After the 1-1 draw with Ituano, last Wednesday (5th), in Mineiro, coach Paulo Pezzolano reinforced the objective of winning as many points as possible by the end of Serie B. He mentioned the importance of “sports ethics ‘, as rivals still fight over their goals.

However, the Uruguayan admitted that meetings to plan 2023 have already started at Toca da Raposa II. Pezzolano said he is also taking advantage of the final stretch of the season to draw conclusions from the current squad in games and training.

“What I want to win is all the remaining games. What is being said (planning for 2023), is being said, because we have already achieved our goals. But I want to focus 100% on the games”, he said.

“As I say to the players, it is important to close (the year) winning. But yes, we are talking (about 2023), we are drawing conclusions from the games and training”, added the coach, who has a contract with Cruzeiro until the end of the year. next.

So far, Cruzeiro has already announced contract renewals for defender Oliveira and midfielder Neto Moura. To buy part of the economic rights of the duo, which stood out throughout the year, the celestial club disbursed around R$ 5.5 million.

On the other hand, some outputs are practically certain. Cases, for example, of defender Wagner Leonardo, on loan from Santos, midfielder Fernando Canesin and striker Waguininho. The trio has not even been listed by Pezzolano for games in Serie B.

In the football market, Cruzeiro is expected to be aggressive in hiring, as it was in 2022, but always respecting the financial austerity policy, a hallmark of Ronaldo’s management, in negotiations.

Previous Grey’s Anatomy: Writer Reveals If THIS Character Could Return
Next British woman stolen from her mother when she was 4 is reunited with her family after more than five decades