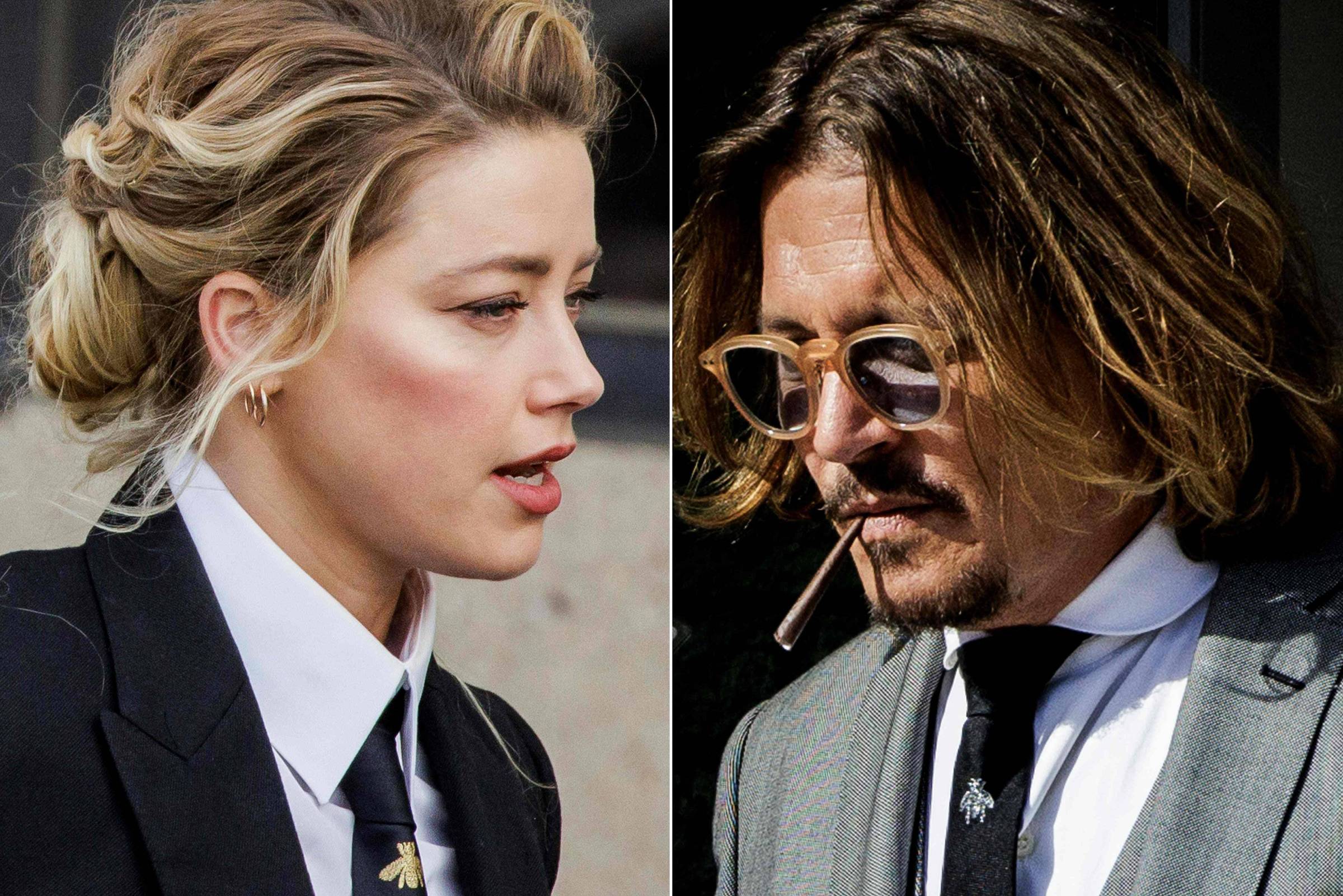 “Hot Take” is an American idiom that does not have an exact English translation. Literally, the terms mean “hot plug”, but they have been used, especially on social media, as synonyms for controversial opinion, often without factual basis.

There was no shortage of “hot takes” on the internet during the trial of the cases that actors and ex-spouses Johnny Depp and Amber Heard filed against each other. She denounced him for domestic violence; he accused her of defamation.

The case was brought before the popular jury and streamed online in real time, reaching a significant audience. It also polarized the public, which was divided into cheering fans by the two stars.

The couple’s toxic relationship is revisited in a feature film that dramatizes the case, “Hot Take: The Depp/Heard Trial” (or controversial opinion: the Depp/Heard trial), available on the free Tubi platform for users in the United States.

It is a film perfectly inserted in the long tradition of American TV of producing telefilms about recent scandals. Its biggest difference is the speed with which it was done: the trial ended on June 1st, and “Hot Take” was released on September 30th.

The film also innovates by fitting the repercussion of the imbroglio on social networks into the narrative. The action is interrupted at intervals by videos allegedly posted on the web by an ardent fan of Depp, a feminist supporter of Heard and a not-very-funny comedian, among others. These interventions function as a kind of Greek chorus, commenting on the unfolding of events and exemplifying the media circus that formed around the case.

The trial itself does not have much prominence, despite appearing in the title of the feature. In fact, it doesn’t make much sense to reproduce with actors a real fight that was fully captured by the cameras and is still available on the internet. The courtroom scenes serve more to introduce moments of intimacy between the couple, from the day they met until the final dissolution of the marriage.

Casting quality is not usually high in telefilms of this genre, and “Hot Take” is no exception. Johnny Depp and Amber Heard are played, respectively, by Mark Hapka and Megan Davis, actors of average talent and charisma. He is 19 years younger than the real Depp; she, three years younger than Heard, but looks older. Neither of them looks much like his character.

At less than an hour and a half long, “Hot Take” is not difficult to watch, even more so if the viewer has any interest in the private lives of celebrities. The film shows the couple having sex, taking drugs and fighting over them (Heard wanted Depp to become a total teetotaler, which she herself was not).

But the biggest problem with “Hot Take” is its “double-mindedness”. The film does not take sides with any of its portrayed. Some scenes are shown twice, with different outcomes, according to the ex-couple’s conflicting statements. Anyone who wants to know if Depp really hit Heard, or if she was in fact responsible for the accident in which he lost the tip of a finger, will remain in doubt.

The inescapable conclusion is that “Hot Take” is nothing more than a shallow, opportunistic product that turns other people’s misfortune into entertainment. Like an “exempt” artist, the script avoids taking a stand, so as not to alienate any part of the audience.

Directed by a woman, Sara Lohman, the film only gives concession to the #MeToo movement, which denounces sexual harassment, by including a final sign urging victims of domestic violence to report their tormentors and seek professional help. It’s too little.