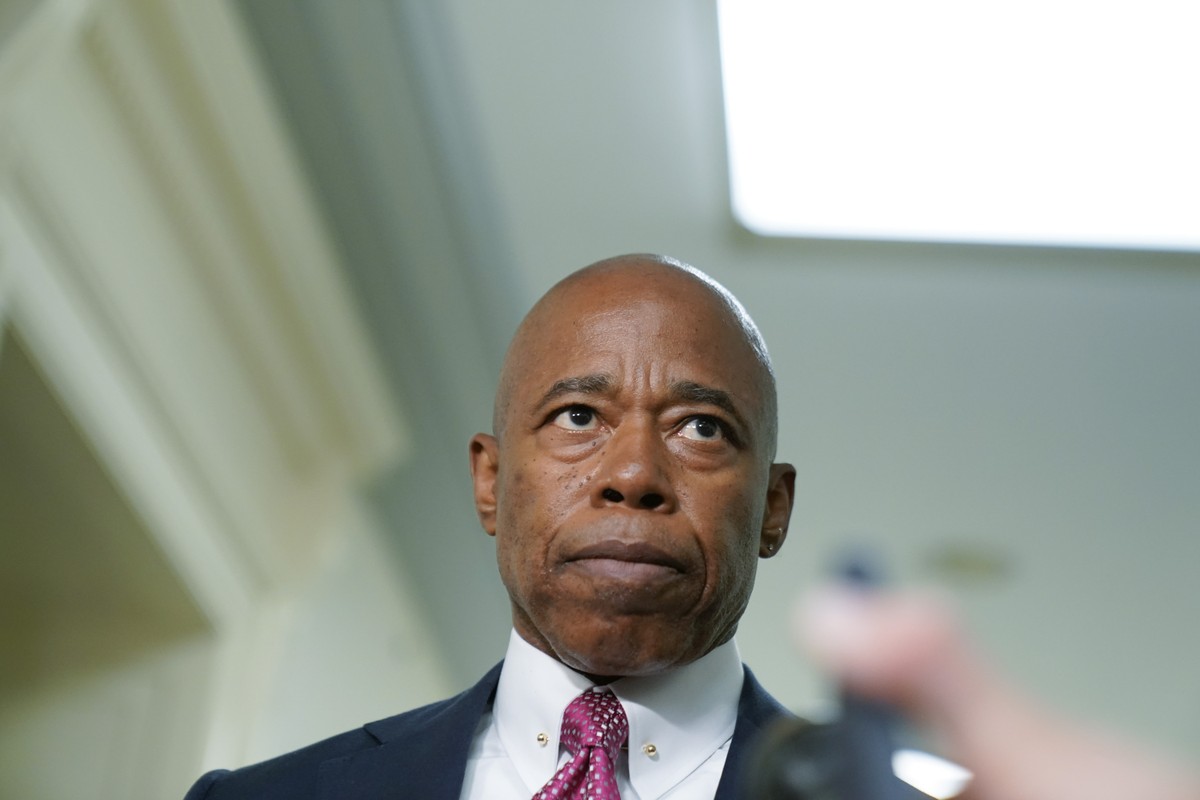 New York City Mayor Eric Adams declared a state of emergency on Friday (7) in response to the thousands of Latin American immigrants who have arrived in the city in recent months from the southern border of the United States. They are overloading the homeless shelter system in the metropolis.

New York expects to spend $1 billion to manage the flow of these asylum seekers, Adams said in a speech at City Hall. More than 17,000 people have arrived in New York since April. An average of five or six buses arrive each day since the beginning of September. On Thursday it was nine, Adams said.

The increase in migrant arrivals has led to an unprecedented level of people in shelters across the city.

“While our compassion is limitless, our resources are not,” Adams said, urging support from the federal and state governments. “We are on the edge of a precipice.”

The state of emergency will make it easier for city agencies to coordinate their response to the situation more quickly, Adams said.

Venezuelan migrants are welcomed at a church on Martha’s Vineyard (Photo: Ray Ewing/Reuters)

Texas Governor Greg Abbott, a Republican seeking a third term in November’s midterm elections, sent more than 3,000 immigrants to New York as part of a deliberate effort to draw attention to record US border crossings. -Mexico.

Immigrants in Washington on July 30, after arriving by bus from Texas — Photo: REUTERS

Florida Governor Ron DeSantis, a Republican, recently took a group of about 50 immigrants to the wealthy enclave of Martha’s Vineyard, Massachusetts.

Democrats accuse Abbott and DeSantis of using vulnerable migrants politically, while Republicans blame President Joe Biden’s administration for failing to stem the tide at the border.

The Democrat-controlled city of El Paso has transported about 7,000 migrants by bus to New York since late August, although city leaders say they are coordinating with New York officials, unlike Abbott.

Muriel Bowser, the mayor of Washington, DC, declared a state of emergency last month. She created a new office to deal with incoming immigrants and asked the federal government for financial assistance.

Previous Find out why these 10 famous couples broke up
Next The Walking Dead: Showrunner Explains Season 11’s Zombie Species