Fluminense’s defeat against Atlético-GO, which is fighting relegation in the Brasileirão, again raised criticism from fans and the press to Fernando Diniz, who until a few weeks ago was considered untouchable in the team.

Commentator Renato Maurício Prado, on live from UOL Esporte, spared no criticism of the coach and detonated the Fluminense commander, calling the professional a “fraud”.

“(Fernando) Diniz for me is a fraud. Fix the team, play nice and soon everything will come apart, this is the story of Diniz in all the clubs he passed through”, criticized Renato Maurício Prado, without sparing the current work and the old work of Diniz in clubs like himself Fluminense, in addition to São Paulo, Athletico Paranaense, Santos and Vasco da Gama.

“If anyone is directly responsible for yesterday’s comeback, it’s Fernando Diniz, who cast Felipe Melo again, Felipe Melo is a former player who isn’t even active anymore, he enters the field just to punch and fail. .”

Diniz admitted guilt for recent results playing away from home at a post-match press conference. The team let Palmeiras take advantage of the lead and forward another title in the Brasileirão.

Fluminense opened 2 to 0 over Atlético-GO in Goiânia, with goals from Jhon Arias, at five minutes, still in the beginning, and with Germán Cano, at 37, almost leading the victory. However, in the 45th minute, taking a penalty, Churín decreased for Atlético-GO and put the Dragon on the field. In the second half, the Goiás club tied the match at 30 minutes of the final stage with Gabriel Baralhas. At 43, the turn came with a goal from Marlon Freitas, confirming Atlético-GO’s victory.

Previous 47.8 cm cat enters the ‘Guinness Book’ as the tallest in the world
Next Father of baby dead after being hit by cell phone is arrested in GO 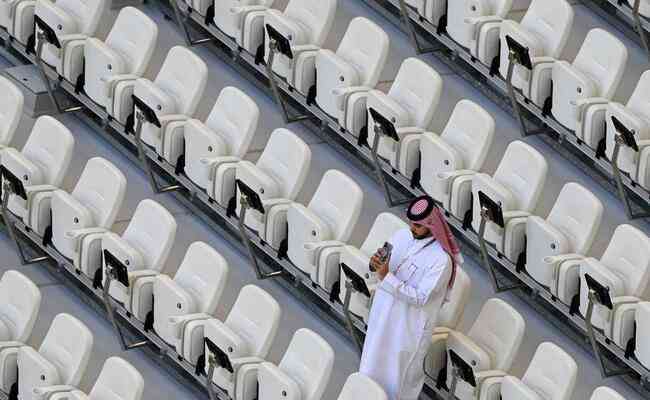