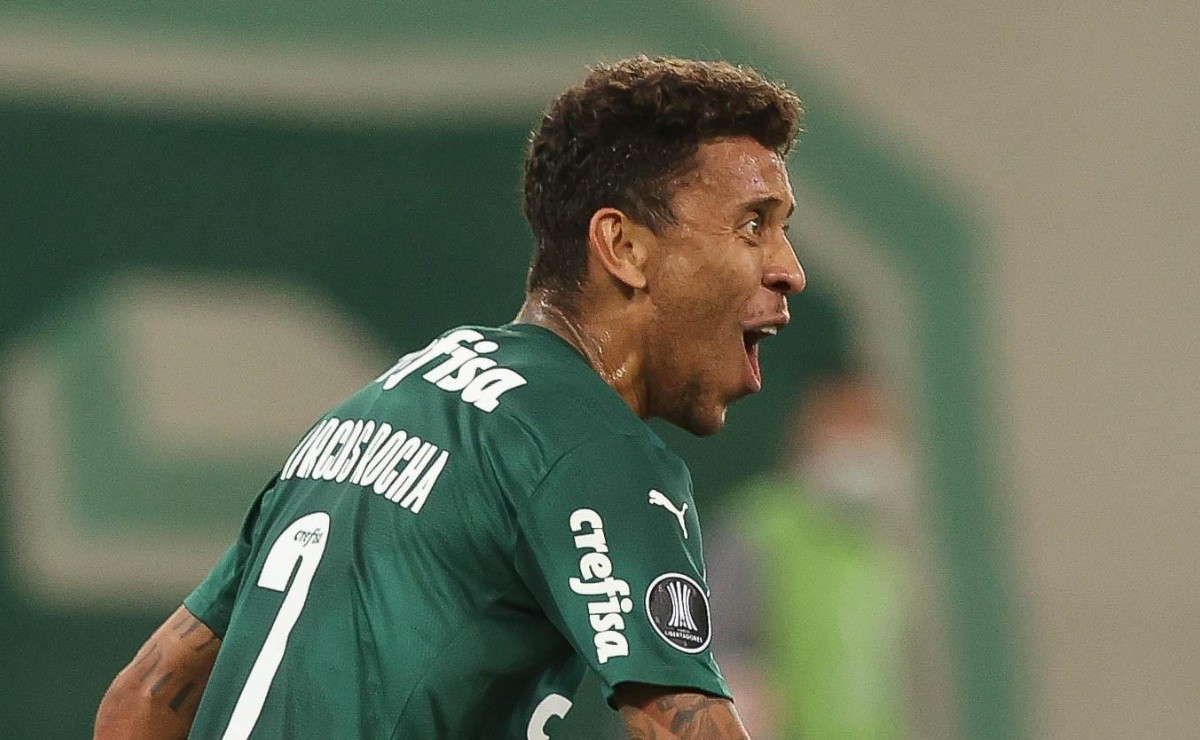 “She was going to have to…”; Marcos Rocha takes a wave and delivers the players’ ‘zoeira’ to Endrick for missed goals against Coritiba

Palmeiras is very close to winning another title in the Brazilian Championship. After beating Coritiba 4-0, last Thursday night (6), at Allianz Parque, which had 40,000 fans, Alviverde opened 12 points for the vice-leader International and now only needs 4 more wins. to lift for the 11th time the title of national champion.

Who spoke after the match was one of the highlights of the confrontation this Thursday (6), the right-back Marcos Rocha. In addition to highlighting the team’s commitment, the winger spoke about Endrick’s debut on the professional team. In the view of the medallion, the 16-year-old jewel, although he missed two chances to score, played a good game and the cast naturally saw the mistakes of the new darling of the crowd.

“Endrick is a very easygoing guy. We even joked that he has to show up at 8:30 am to train submission because he had two chances“, said the full-back who completed.We would be very happy if he debuted with a goal. Few players of his quality debuted with goals. It’s the first game, the debut, in front of our fans. It was important to have this contact so that he can grow. We will help him in the next games so he can score.”said the right-back.

Endrick will have the chance to score his first goal as a professional next Monday (10th) against Atlético Goianiense, in Goiânia, in a game valid for the 31st round of the Brasileirão. As in the duel against Coritiba, the attacker should only gain space if the game is practically resolved. If that doesn’t happen, the 16-year-old jewel should have more minutes on the field as soon as Verdão secures the title of the Brasileirão.