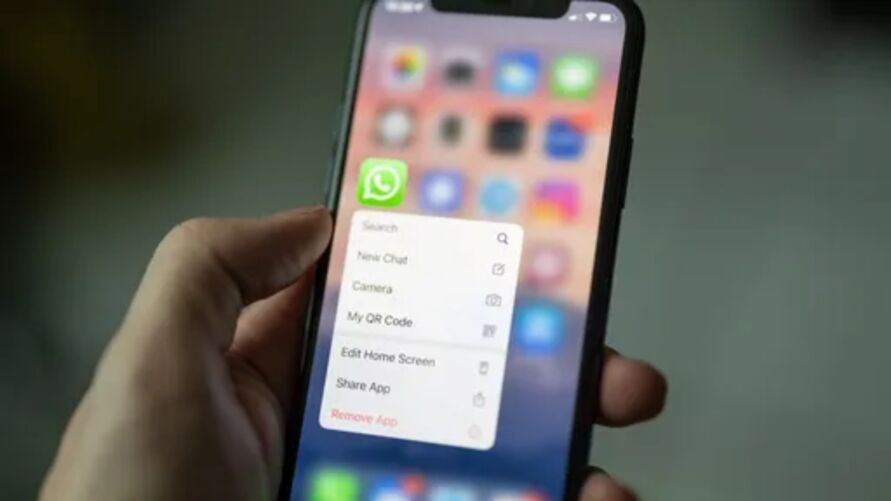 WhatsApp is gradually implementing a screenshot lock feature on single-view photos and videos. The mechanism, which guarantees more security in sending images files made not to be registered, is only available for beta testers.

According to the company owned by Meta, there is still no date for the feature to reach all versions of the application.

Learn how to leave WhatsApp groups without them noticing

The news came just over a year after the feature to share images that can only be seen once was launched.

In August 2021, inspired by the Snapchat app, WhatsApp started to allow the user to send sensitive content files without them becoming a permanent digital record. After viewing, the content is automatically deleted and the message is only displayed as “open”.

According to Mark Zuckerberg’s company, the goal was to give the user even more control over their own privacy.

However, the function arrived for the user with some loopholes. In addition to allowing the recipient to take a screenshot when opening the image, the sender was also not notified when the content was “printed”.

According to the WABetaInfo website, which specializes in app updates, using other screenshot apps will also not be possible. When taking a screenshot of WhatsApp from another app, the image will be black. The screenshot attempt will not be notified to the sender of the message.

Also according to WABetaInfo, using the screen recording function before opening a single view message will also have no effect. During this process, opening the self-destructing message will stop the video recording.

For now, blocking on screenshot in single-view images has been identified in WhatsApp Beta for Android version 2.22.22.3.

Previous Gabigol praises Pedro in Flamengo: “Maybe the change has done better for me than for him” | Flamengo
Next Hunger can increase depending on what time you eat; understand – News