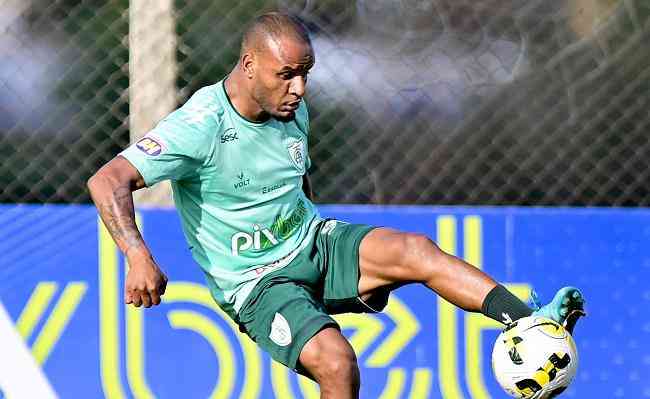 America coach Vagner Mancini explained that he replaced Patric in the 2-1 defeat to So Paulo because it would be inhumane to leave him on the field after so many technical errors. The game, valid for the 30th round of the Brazilian Championship, was played this Thursday (6/10) at Independencia, in Belo Horizonte.

The experienced 33-year-old winger won an opportunity in the starting lineup due to the absence of Ral Cceres, who was absent with knee pain, but left in the 13th minute of the second half.

According to Mancini, the decision was motivated by the player’s technical errors. There were 13 ball losses, eight of 22 wrong passes, in addition to four wrong crosses, according to SofaScore. The poor performance made the coach use young Arthur, 19 years old.

“Sometimes, you have to mature the player in this type of game. He has to come in and play. Sometimes, we have State or other games to give the athlete a little more shooting. Arthur is a specific case, as are others players had opportunities, he had already entered the game of Coritiba and Atltico-GO, in which he had a great game. Today, he had to enter before, “he explained.

At the time of the exchange, the teams tied at 1 to 1, and So Paulo looked a lot to the sides of the field to attack. With the technical errors in sequence, the option was to spare the athlete, who was already irritating part of the crowd.

“Patric started to make mistakes in sequence, and that creates a certain uneasiness. I wouldn’t change the player, but he kept making mistakes, and then, I thought it would be inhumane to leave such a player on the field, in such a tight game. , I’m disputed. That’s why I made the switch.”, he said.

This was the 37th match as a starter for Patric, who has another nine games coming off the bench in 2022. The side has one goal and five assists – the team’s vice-leader in this regard. Its relationship with America ends at the end of this year.