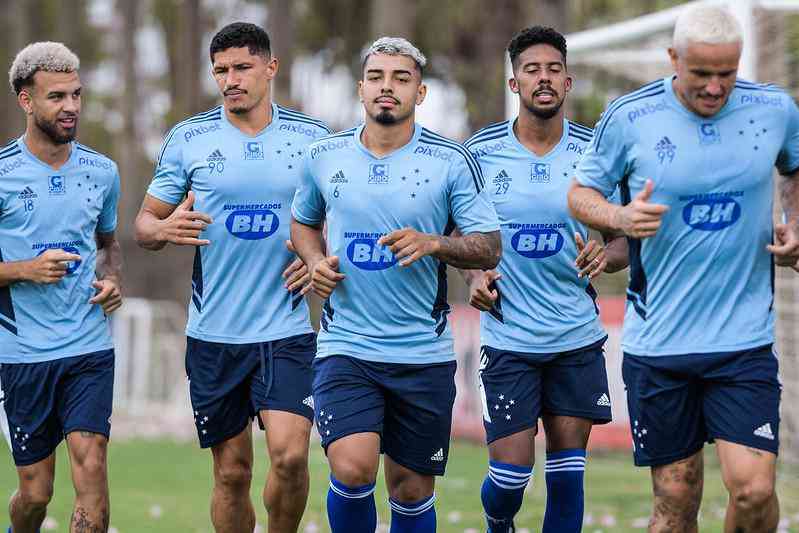 Cruzeiro closed the preparations for the game against Sport, this Saturday morning (10/8), at Toca da Raposa II. Coach Paulo Pezzolano will not have midfielders Neto Moura, Filipe Machado and Chay, in addition to striker Stnio.

Neto Moura remains out of action due to an injury to his right ankle, suffered in the 3-0 victory over Vasco, in Mineiro. He is already in the treatment phase. Filipe Machado was sent off in the match against Ituano and will serve the automatic suspension.

Midfielder Chay, with tendinitis in his right ankle, and striker Stnio, who underwent surgery on his right shoulder last Tuesday (4/10), are also not at Pezzolano’s disposal.

In addition, athletes considered to be holders were not listed for this match: defender Z Ivaldo, left-back Bidu and striker Luvannor.

The tendency is for the Uruguayan coach to return to the team with two defenders. Cruzeiro should enter the field with Rafael Cabral; Geovane, Lucas Oliveira, Eduardo Brock and Marquinhos Cipriano; Pedro Castro, William Oliveira and Daniel Jr; Jaj, Bruno Rodrigues and Edu.

Cruzeiro faces Sport, this Sunday (9/10), at 16h, in Ilha do Retiro, in Recife, for the 34th round of Serie B of the Brazilian Championship.

Opponent of Cruzeiro, Sport will not have left-back Sander, defender Sabino and striker Gustavo Coutinho suspended. Besides them, midfielder Giovanni will not be the opposite, as he belongs to the celestial club.