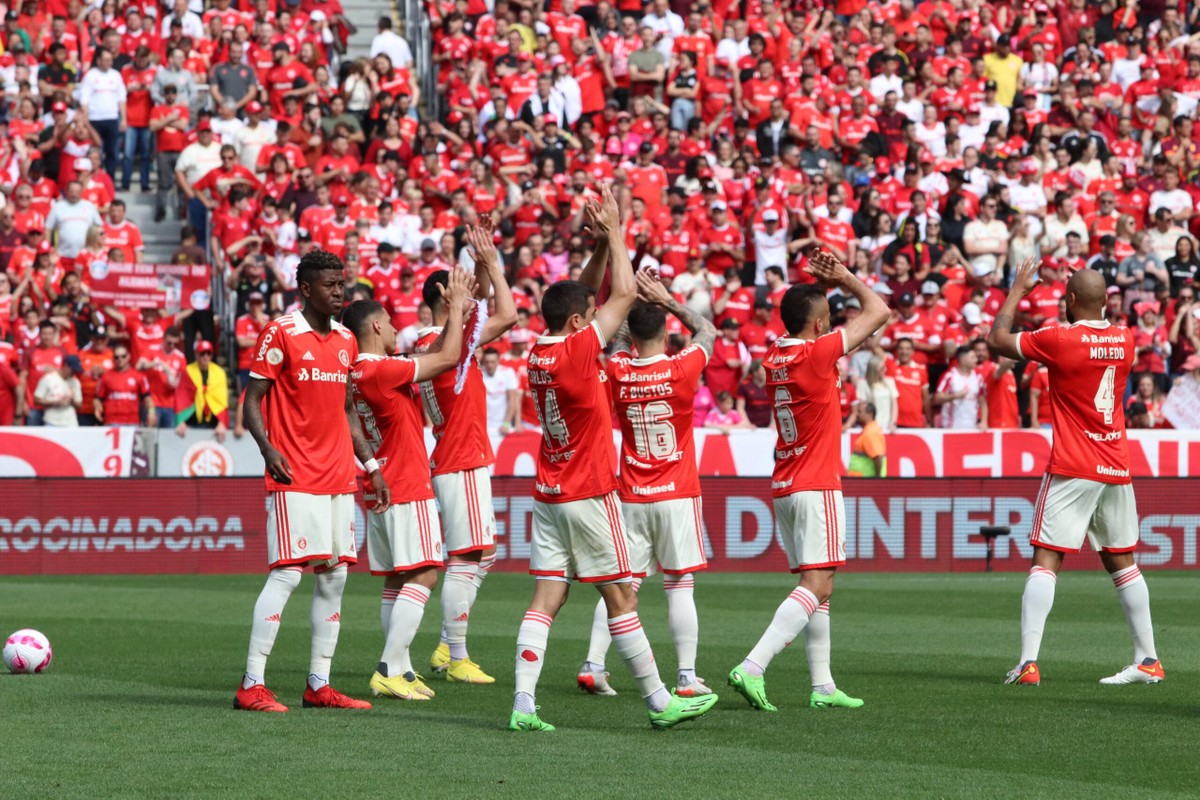 For almost three months without conceding a goal in Beira-Rio, Inter will have a change in defense against Goiás | International

Not leaking has been routine for Inter. Defensive solidity came into evidence after the 0-0 draw with Flamengo and is one of the trump cards for the duel against Goiás, on Sunday morning. The numbers in Beira-Rio are impressive. The last goal conceded at home was almost three months ago. Mercado’s injury opens the door for Moledo’s return.

Colorado have not conceded in eight of the last 10 games. Only Atlético-GO, with Churín, and Corinthians, with Balbuena and Yuri Alberto, managed to overcome the Gaucho stronghold. In the Brasileirão, only the leader Palmeiras conceded fewer goals (20 x 26).

The last opponent to break the Colorado block in Porto Alegre was São Paulo, coached by Rogério Ceni. In an electrifying duel, valid for the 18th round, the teams drew 3-3. Luciano’s goal, eight minutes into the final stage, was the last conceded in Beira-Rio.

Inter have not conceded a goal in Beira-Rio since July – Photo: Ricardo Duarte/Internacional

Mano Menezes favors balance. The team concedes few goals and has an efficient attack, the fourth best in the competition. The team structure gave the league and allowed the club to aim for the Brazilian title until a few days ago. The dream became an illusion after the stumble against Bragantino.

The chemistry of the defensive quartet formed by Bustos, Vitão, Mercado and Renê helps to explain the good phase. Whenever the four were together, Inter never lost. There are 13 games, eight wins and five draws, with only seven goals conceded.

For the commitment against Goiás, the coach will not be able to repeat the line of defense. A pillar of the structure, Mercado suffered a muscle injury in his right calf and will be absent for the next three weeks. Vitão’s replacement and new partner will be Rodrigo Moledo.

Since returning from injury, the defender played for four minutes against Atlético-GO, started against Santos and played for 25 minutes against Flamengo. In the season, he was Vitão’s teammate in two moments, in the victories over Coritiba and Santos in Beira-Rio.

Games without conceding a goal in Beira-Rio

* eliminated from Sudamericana on penalties

Previous Family will grow! Júlio Rocha announces that he will be a father for the third time
Next How Uber Moto shows that Brazilians’ purchasing power has plummeted – 10/07/2022