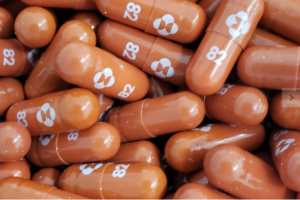 With the arrival of autumn in the Northern Hemisphere, epidemiologists and public health authorities are already starting to get apprehensive about the possibility of a new wave of covid-19 cases. It is at this coldest time of year that, by spending more time in closed and crowded places, people are more susceptible to infections caused by respiratory viruses.

In addition, in recent months new variants of concern for Sars-CoV-2, such as BA.2.75.2 and BQ.1.1, have been identified in different regions of the world. The researchers’ fear is that with the mutations acquired in their genetic material, these variants will be able to escape the immune response accumulated in the population through vaccination against covid-19 and the more than 78 million cases of the disease since the beginning of the pandemic.

Faced with the uncertainty about what we will face ahead, I can already see people questioning what the vaccination strategy should be from now on. How long will we continue to vaccinate ourselves periodically? Will we receive the updated version of the vaccine? For now, the best way to ensure prevention against covid-19 is still undefined.

And it is precisely in this scenario of doubts that with the publication of a new study in the respected scientific journal Aids last week, we see an already extensive debate on the possibility of using an antiretroviral drug to prevent infection by the coronavirus and in different ways. severe from covid-19.

Since, like HIV, Sars-CoV-2 has RNA in its genetic material, it has been hypothesized for years that drugs that block the replication of one would work for the other as well. In some previous studies, the use of the antiretroviral tenofovir disoproxil fumarate (TDF) had already been associated with a lower incidence and severity of covid-19, but in others this effect was not demonstrated.

The new study published this week adds new and stronger evidence to this debate. In it, American researchers at Harvard University retrospectively analyzed a large database on the follow-up of people living with HIV in the United States and evaluated whether the risks of symptomatic coronavirus infection and hospitalization due to covid-19 varied according to with the antiretroviral regimen used by the individuals.

A total of 20,494 people living with HIV who were followed between February 2020 and October 2021 were included in the analysis, all of them on antiretroviral therapy and with an undetectable viral load in the year prior to inclusion. Different antiretroviral regimens were used to treat HIV, but those that contained TDF were associated with a 35% lower risk of developing symptomatic covid-19 and a 57% lower risk of needing hospital admission because of the disease.

On the other hand, the authors of the study argue that the group that used regimens containing TDF had a lower proportion of individuals with renal failure, since this drug is avoided in these patients due to its potential renal side effects.

Knowing that renal impairment is known to be a risk factor for the more severe evolution of covid-19, the statistical analysis adjusted for this and other confounding variables, such as the presence of diabetes, and the protective effect of TDF was maintained.

This study included a much larger number of participants than the previous ones, and the analysis was done taking into account a longer period of follow-up. However, it is still not possible to say with these results alone that the use of TDF is an effective form of prevention against covid-19. For this, more studies are needed, preferably randomized clinical trials in which TDF is compared with placebo.

That’s the routine of science. Findings in observational studies must be confirmed in clinical trials for us to say they are true. And until then, we must always be aware of the incidence curves of covid-19 and keep the vaccination card updated.