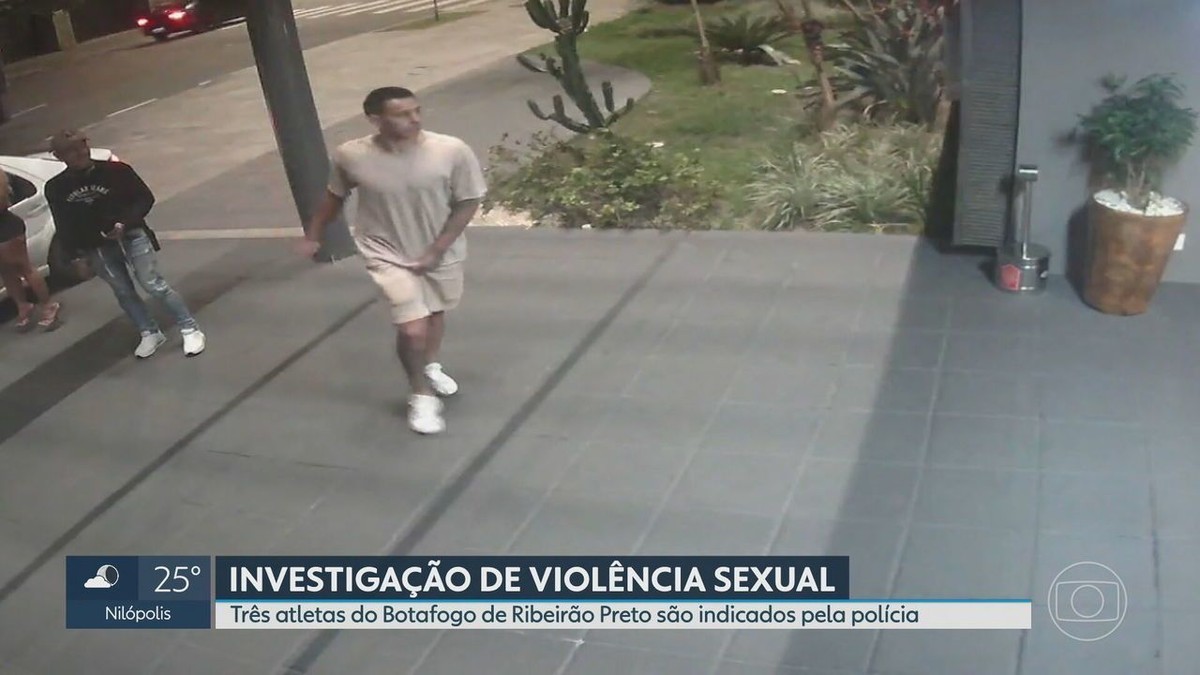 Police indict Botafogo-SP players for sexual violence in RJ; one of them will answer for rape | Rio de Janeiro

The investigated were indicted for different crimes:

According to the police report, the victim met the player Alexis Lucas Delgado in a nightclub in Barra da Tijuca, in the West Zone. The couple would have agreed to go to a hotel in Santo Cristo. She would have asked the athlete to use a condom, but he didn’t.

Deputy Vinícius Domingos explained why Delgado was framed for the crime of concealment.

According to investigations, the players João Diogo Jennings and Eduardo Hatamoto would have entered the couple’s room during the night. They both began grabbing the victim in an attempt to convince her to have sex with them.

When she refused, João Diogo cursed her, and Eduardo Hatamoto – indicted for rape – attacked her with a bite on her breast.

“The crime of rape does not only encompass carnal intercourse, which is sex as it is widely known, it encompasses all kinds of lewd acts. He (Eduardo) still progressed to an injury, a violence at the time she was dodging , which proves that it was an act of embarrassment, he held the victim there so that she would not resist, so that he could perform this libidinous act”, explains the delegate.

João Diogo and Eduardo were heard at the 4th DP (Praça da República) throughout the week and denied the accusations. However, an audio between João Diogo and a friend of the victim proved the cursing.

“Bro, I said something to her, swore at her and then, bro, I lay down on my bed, bro. did i curse her? Yea! But this is not rape,” she stated.

Alexis Lucas Delgado had his contract terminated by the club, returned to Argentina and has not yet given a statement.

With the conclusion of the investigation, the victim said she feels relieved.

“Woman is no object, no matter how she is dressed, where she is. Nobody has the right to do something when they don’t want to. People denouncing, we feel more relieved. You feel that justice has been done and that they will respond. And that they will learn from what they did, they will learn not to repeat it, not to do it again with other women,” she says.

Botafogo de Ribeirão Preto says it has not yet been informed about the conclusion of the investigations.

The deposition lasted more than two hours. On the way out, accompanied by two lawyers, the player declined to speak to the press.

Eduardo is one of the players who appears in the hotel’s security camera footage, wearing white pants. The victim said the player bit her breast after refusing to have sex with him and João Diogo.

Accompanied by the lawyers, the player stayed at the police headquarters for about two hours and did not want to speak to the press.

“Right now, he has nothing to declare. He’s innocent. He is here of his own free will to prove his innocence,” said lawyer Graciele Queiroz.

The lawyer also denied that he had assaulted the complainant.

O g1 found that the Argentinian player Alexis Lucas Delgado, 27, returned to Argentina in the days following the complaint. There is no word on when he will be heard by the police.

On Wednesday (28), the athlete had his contract terminated with Botafogo-SP. He is the nephew of Marcelo Delgado, a former Boca Juniors player, and would stay at the Série C club until November.

The Federal Police said it cannot comment on Lucas’ alleged departure from Brazil.

In a message sent to lawyer Graciele Queiroz, the Argentine player denied that he had left the country to escape justice.

“I have not committed any crime. I tell you I didn’t run away from anywhere. My contract was terminated, and I had to return to my country because I couldn’t do without a work contract, I wouldn’t be able to support myself. So I decided to go back with my family. To date, no one has formally notified me of any case against me. In no way am I running from justice, on the contrary, I am available,” he wrote. 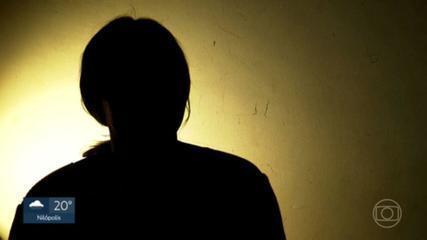 The woman detailed the complaint in an interview with RJ2.

After playing in Resende, in the interior of the state, on Sunday (25), the players of Botafogo de Ribeirão – team from the C series of the Brazilian Championship – came to Rio to celebrate the victory in a nightclub in Barra da Tijuca, in the West Zone. .

It was where the woman met one of them: the Argentine Alexis Lucas Delgado. She agreed to go to the hotel where he was staying, in Santo Cristo, Port Region. She said she agreed to have sex with the athlete, but complained about Lucas Delgado not using condoms.

“Consensed up to a part. To have sex with him, not like that, without a condom,” said the woman.

At around 4 am, according to the complainant, the other two entered the room:

Agents of the 4th DP accompanied the victim for care at the Souza Aguiar Municipal Hospital, in the Center, where she took contraceptive and HIV medication. After being medicated, she underwent forensic examinations at the Instituto Medico-Legal.

Botafogo released a note about the case on the day the first reports on the case were published. Read below.

“Botafogo informs that it has become aware of the complaint against athletes Lucas Delgado, João Diogo and Eduardo Hatamoto, who are accused of physical and verbal aggression against a woman in the Rio de Janeiro in the morning of the 26/09.

The three players left the concentration around 1 am on Monday, shortly after the delegation arrived in Rio de Janeiro. The athletes’ departure, however, was not allowed, as the return flight to Ribeirão Preto was scheduled for early morning.

This afternoon, after a conversation between the parties, striker Lucas Delgado already had his contract terminated. Eduardo Hatamoto and João Diogo were also punished for disciplinary infractions. Botafogo also informs that it will await the conclusion of the investigations to decide what other attitudes will be taken on the two athletes.

Botafogo publicly reaffirms its repudiation of any form of violence and harassment, especially against women, and will contribute to the investigation of the facts and responsibilities.”